What’s wrong with this statue of a comfort woman in Manila? 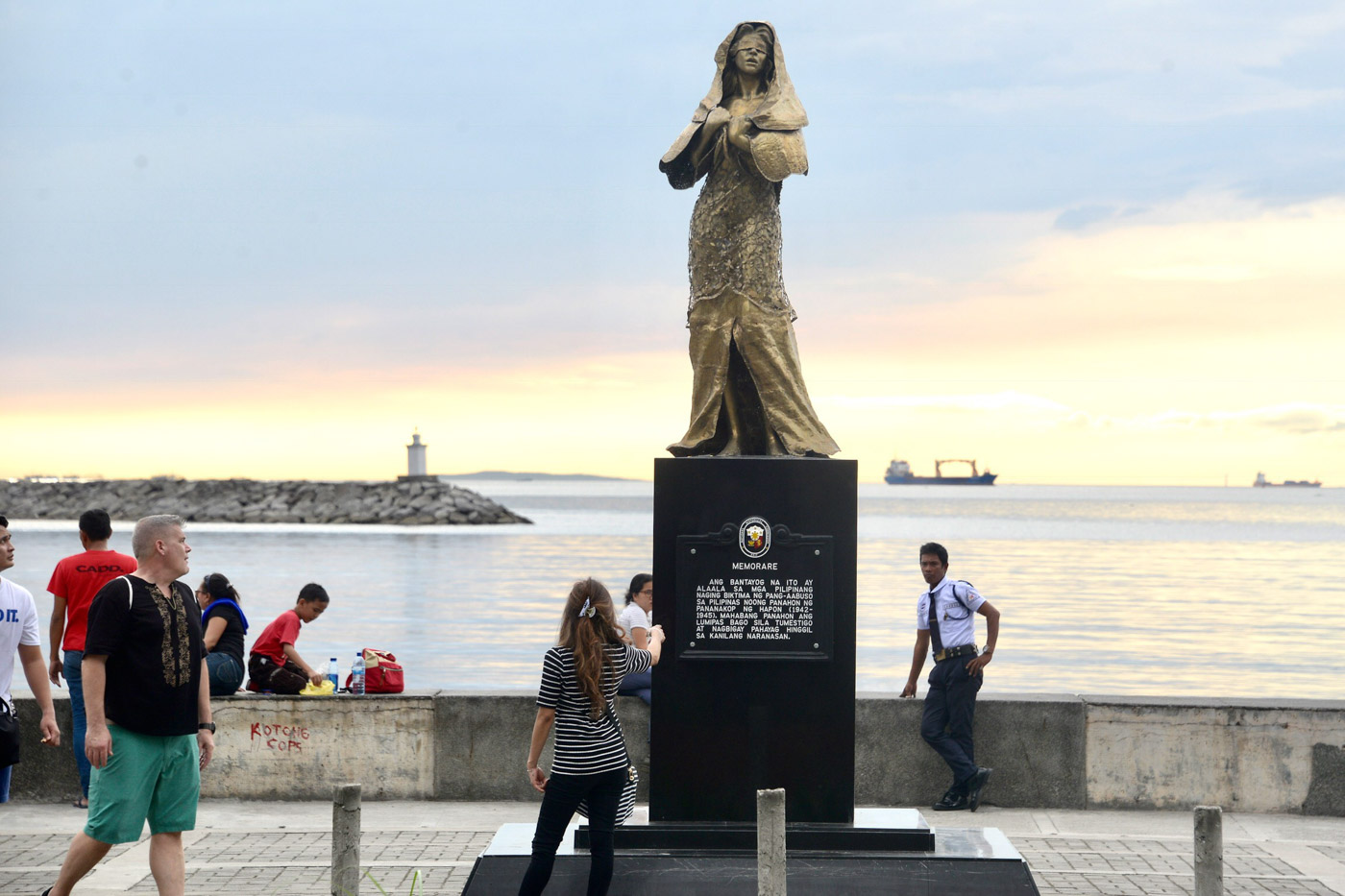 MANILA, Philippines – Standing by the iconic Manila Bay, the statue of a World War II comfort woman along Roxas Boulevard generated controversy after Japanese officials reportedly complained about it.

What’s wrong with this statue of a comfort woman?

Rappler lists 3 issues, which Manila City Hall and the National Historical Commission of the Philippines (NHCP) will have to face as 2018 begins.

The issue of comfort women remains a sensitive issue for Japan, one of the Philippines’ top sources of aid.

Manila City Administrator Ericson Alcovendaz explained in a story published by the Philippine Star: “The Japanese officials said that the issue on comfort women is a very big and serious issue in their country, China, and Korea. They said they regret that despite the strong ties between the Philippines and Japan, a comfort woman statue has been suddenly erected in Manila.” 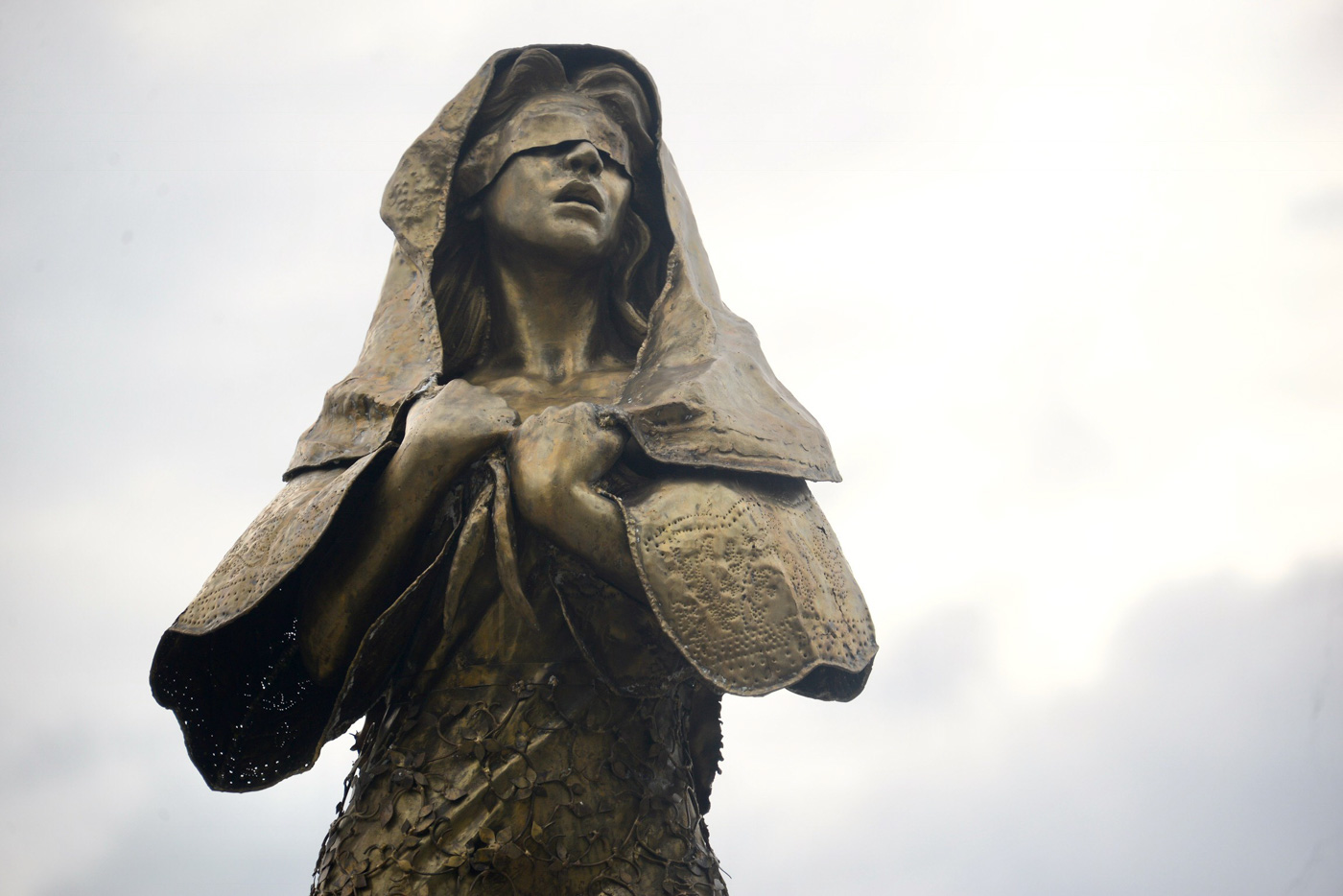 The Japanese embassy also told Alcovendaz that “the sisterhood ties between San Francisco in the US and Osaka were severed because of a comfort woman statue erected on private land,” according to the Star.

Manila is a sister city of Yokohama, Japan.

Rappler tried to reach Alcovendaz for comment on Tuesday, December 26, but he has not responded as of posting time.

Lawyer Edward Serapio, secretary to Manila Mayor Joseph Estrada, also said in an interview with the Star that Tulay Foundation “apparently erected the statue without permits.”

“We did not and we cannot issue a permit,” Serapio told the newspaper.

The statue bears the official marker of the NHCP. 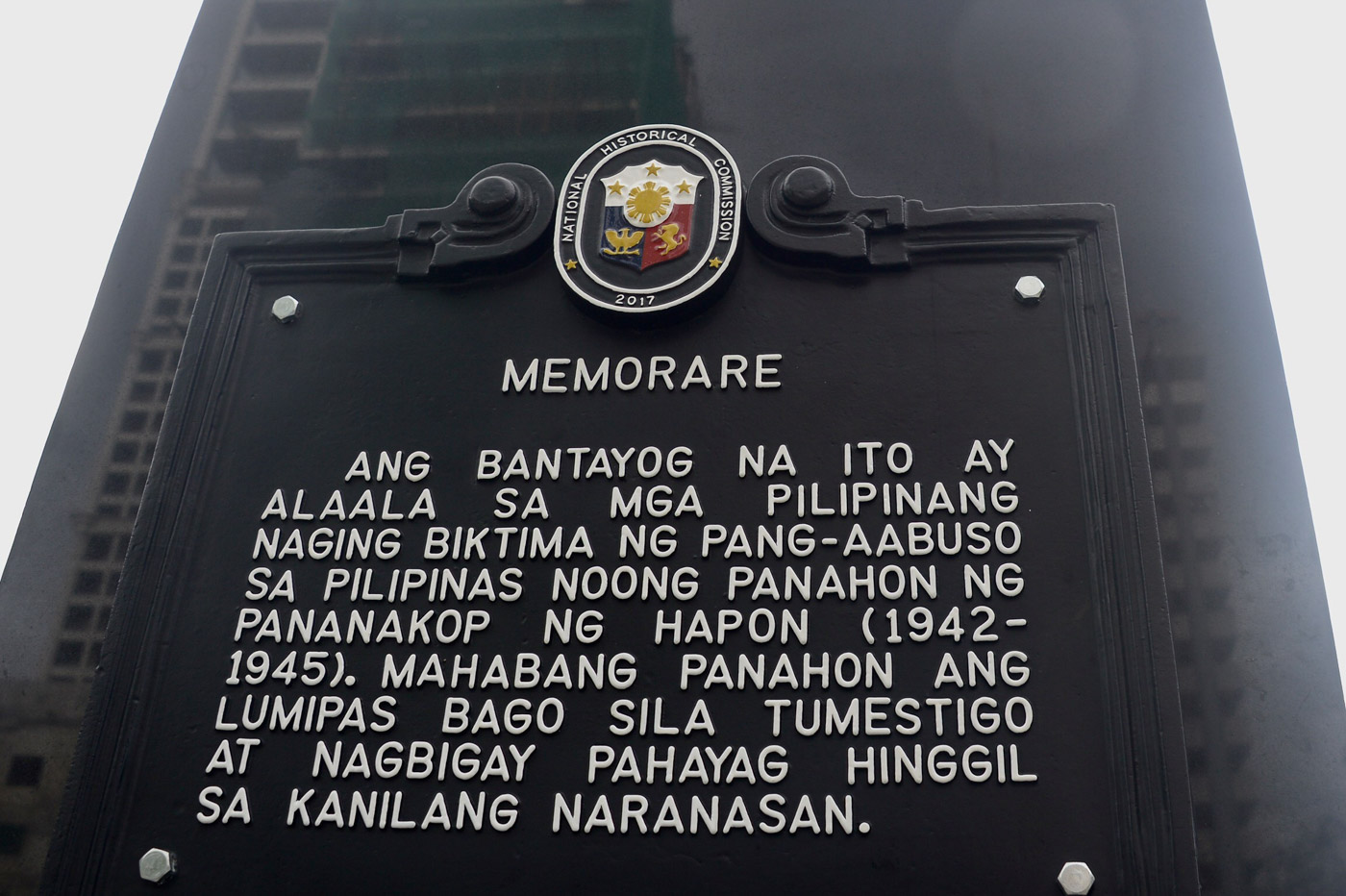 The Department of Foreign Affairs on December 12 requested “background information regarding the monument, including the process of erecting such monuments, and the circumstances that led to the erection of the comfort woman statue,” according to ABS-CBN News.

Serapio told the Star that the comfort woman statue was built by Tulay Foundation, a Chinese Filipino group led by Manuel Chua.

3. ‘It is government’s job to defend our position’

If they disapprove of it, Ang See said she would like to know why. “Is it because the Japanese embassy protested?”

“Japan’s embassy has to make a pro-forma objection. That is its job. It is, however, our government’s job to defend our position and I am sure Japan will think the better of our country for standing its ground,” Ang See said in a letter to Cayetano and Estrada on December 21.

“I do understand that we have to deal with our friends and neighbors cordially and diplomatically. But this does not mean we have to be subservient to unreasonable demands. The Japanese occupation is a fact. The atrocities, persecutions, massacres, rape, and other war crimes are facts. These we cannot and should not deny,” she added.

Ang See told Rappler on Tuesday that she is still awaiting Cayetano and Estrada’s response to her letter.

Ang See earlier told the Inquirer she was “shocked” at how government officials “treated the country’s history.” 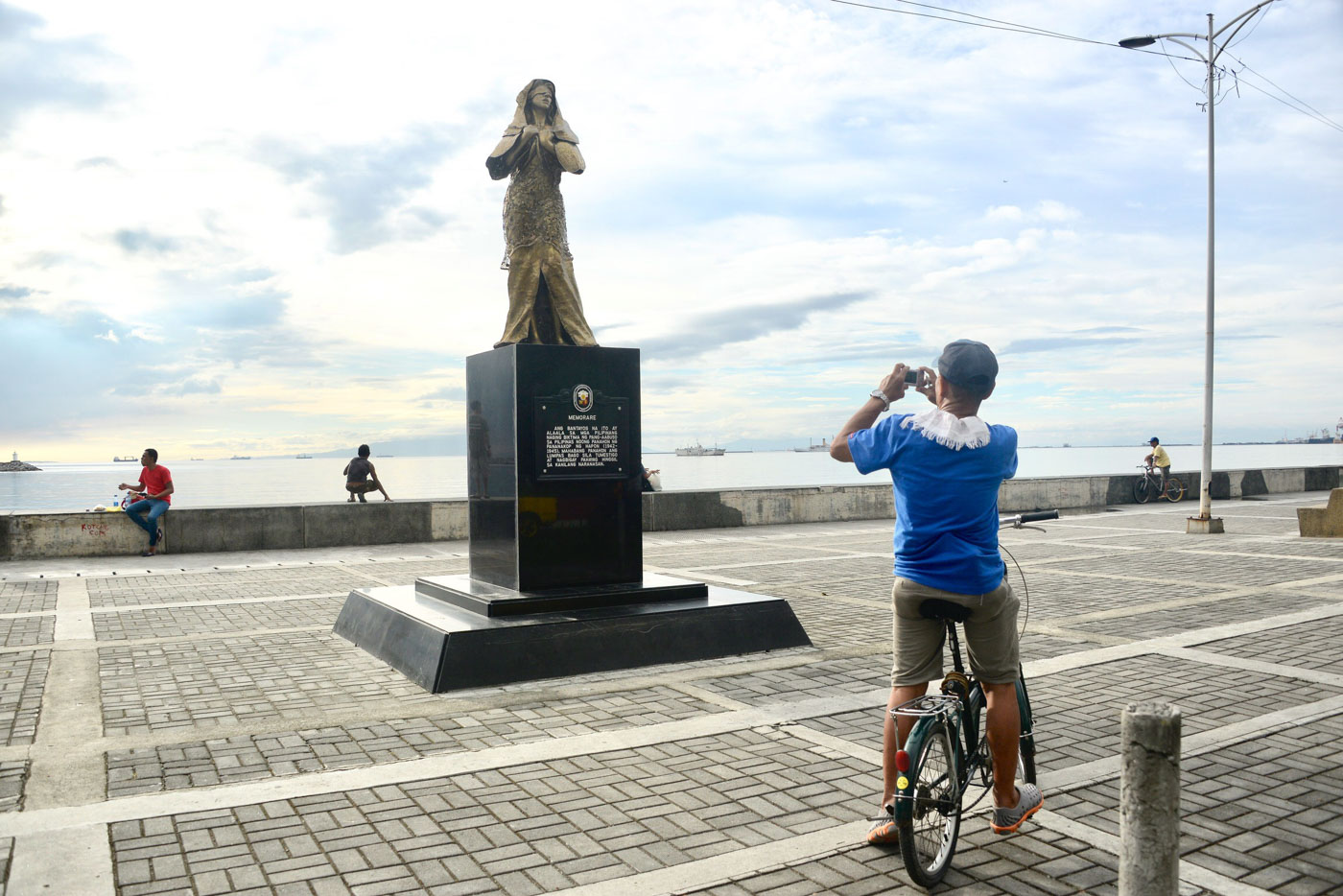 In any case, the issue of comfort women remains important for the Philippines.

With few official records available, many researchers have estimated around 200,000 women – mostly from Korea but also from China, Indonesia, the Philippines, and Taiwan – served Japanese soldiers in “comfort stations.”

A Korean professor, however, said in a lecture that comfort women were not sex slaves but were prostitues recruited by pimps. Seoul National University professor emeritus of economics Lee Young-hoon has also said the 200,000 estimate defied math, as there could have only been about 5,000.

Tokyo issued a landmark apology in 1993, which acknowledged the military’s involvement in the brothel system, but it did not admit to government’s complicity in it.

A United Nations watchdog urged Japan to accept full blame for the comfort women’s plight, but Japan rejected this call in 2014.