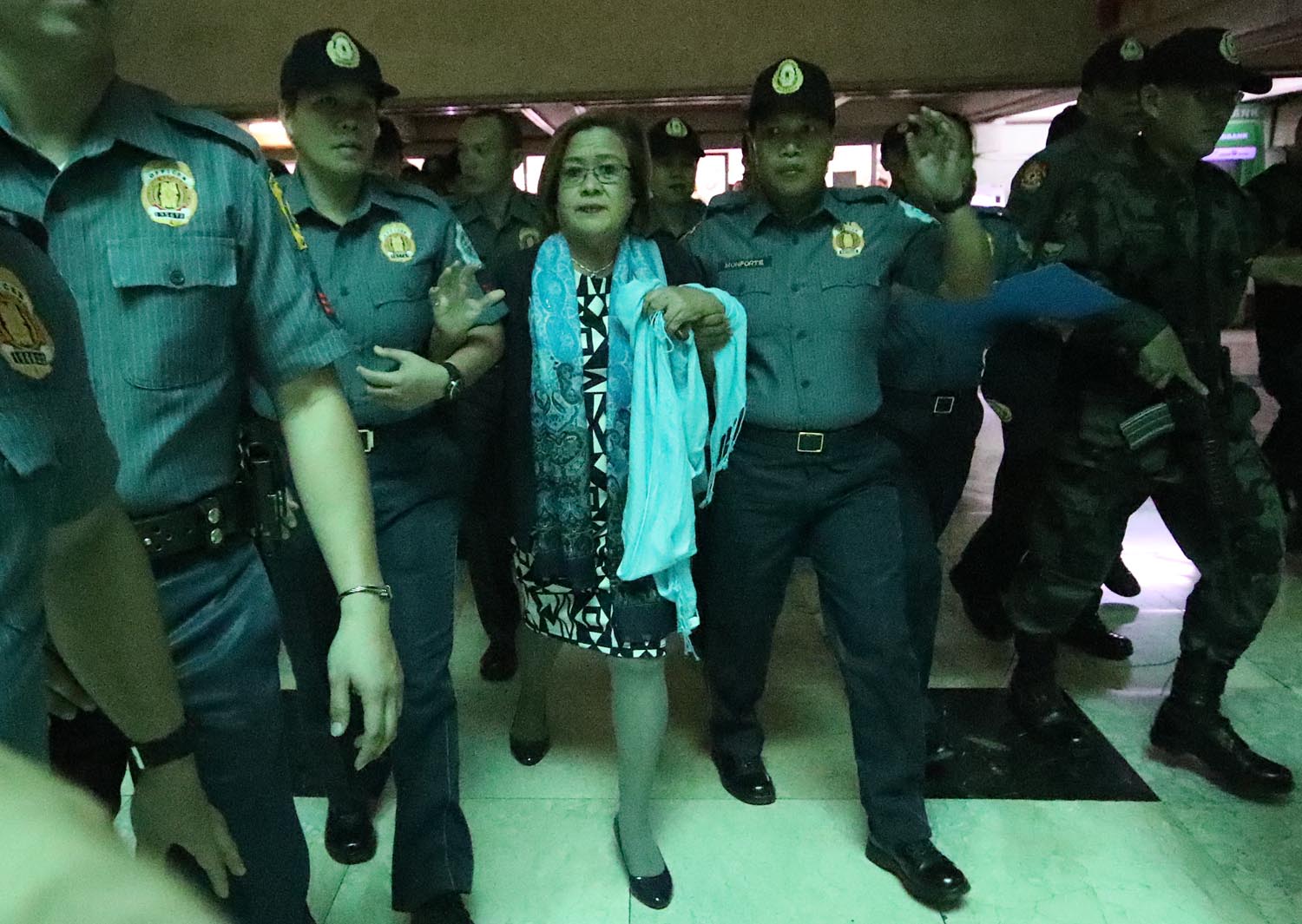 MANILA, Philippines – Detained Senator Leila de Lima does not believe in Malacañang’s assurance that President Rodrigo Duterte does not want a term extension.

(Who are they trying to fool? How many times have they said something, but did another? They say one thing today, and take it back the next or a few days later.)

Malacañang’s statement came after Senate President  Aquilino Pimentel III, who heads President Duterte’s party, floated the idea of a term extension for Duterte. On the same day, another PDP-Laban stalwart, House Speaker Pantaleon Alvarez, said canceling the 2019 elections was a possibility to give way to a transition to a federal system of government. (READ: Comelec wary of ‘no elections’ scenario in 2019)

“I can categorically state that PRRD (President Rodrigo Roa Duterte) does not want that. He wants to cut short his term rather than lengthen it,” said Presidential Spokesperson Harry Roque.

De Lima, however, said Filipinos should stay vigilant and watch out for moves to use the federalism campaign as a ploy for Duterte and his people to stay in office.

(Let us not allow their evil plan to succeed. They just want to use the no-elections, federalism scenario to stay in office, to stay in power, for many more years.)

The Constitution sets a 6-year term for the president and does not allow the highest official to seek reelectio, but amendments will be made in the charter as administration allies in Congress work to fulfill Duterte’s campaign promise of shifting to federalism.

Liberal Party president Senator Francis Pangilinan warned against the initiative, saying the Constitution cannot be entrusted to Congress at this point.

“With the kind of Congress that we have, especially the House of Representatives, which is really a rubberstamp already with the supermajority, ang dali-dali nilang gawin ang gusto nilang gawin (they can easily do what they want),” De Lima said.

But the senator also accepts the reality that the administration has the votes in the Congress.

“Look at what happened sa martial law extension. It was a walk in the park,” De Lima said.

Asked if she wants to greet the President a Happy New Year, De Lima said her forecast of 2018 is not happy, except if one thing happens: “Kung mag-resign na siya, magiging happy po ako (If he resigns, I will be happy),” she said. – Rappler.com