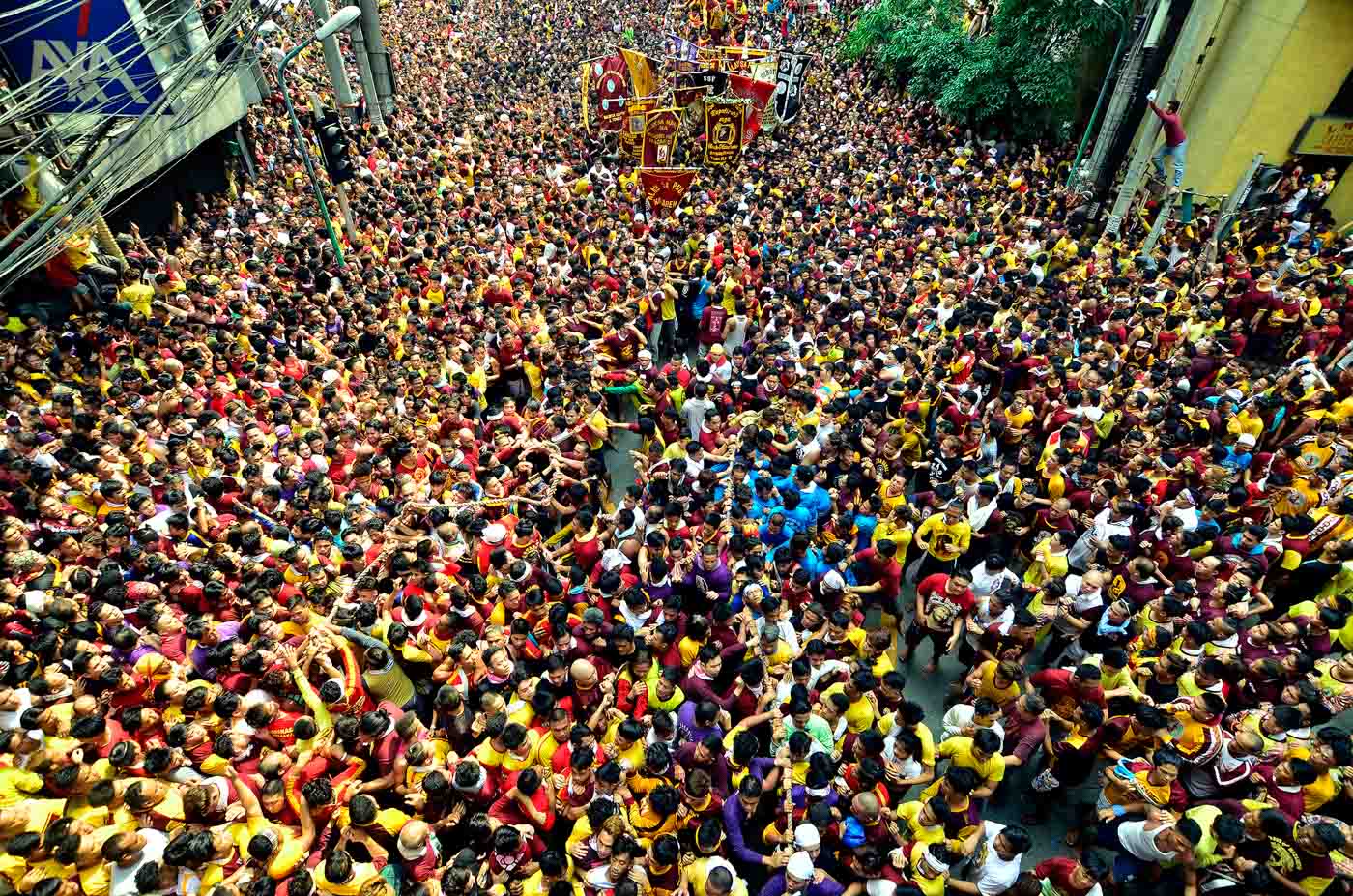 MANILA, Philippines – The Feast of the Black Nazarene pulled in over 6 million people for its 2018 procession.

The figure was announced by Manila Police District Director Chief Superintendent Joel Coronel on Wednesday, January 10, a few hours after the iconic wooden image of a dark-skinned Jesus Christ concluded its journey to Quiapo Church.

“Based on our initial estimate beginning 4:57 am noong nag-start ‘yung procession (when the procession started) in Quirino Grandstand and ending at 2:59 in the morning today, 6.314 million joined the procession alone,” Coronel told reporters at Plaza Miranda.

They did not include participants of the 21 Masses held at the Quiapo Church and those who heard Mass and did the Pahalik at the Quirino Grandstand, the one-star general said.

More people attended in 2018 than the previous year. Coronel noted that 5.4 million attended the procession in 2017.

He added that the increase contributed to the delay of the image reaching back to Quiapo as the thick crowds delayed the image passing through narrow roads going to the Quiapo Church. – Rappler.com