Jan 13, 2018 9:22 PM PHT
Sofia Tomacruz
Facebook Twitter Copy URL
Copied
'There will be no suspension of elections, and there will be no term extension, especially for me,' President Rodrigo Duterte tells MindaNews 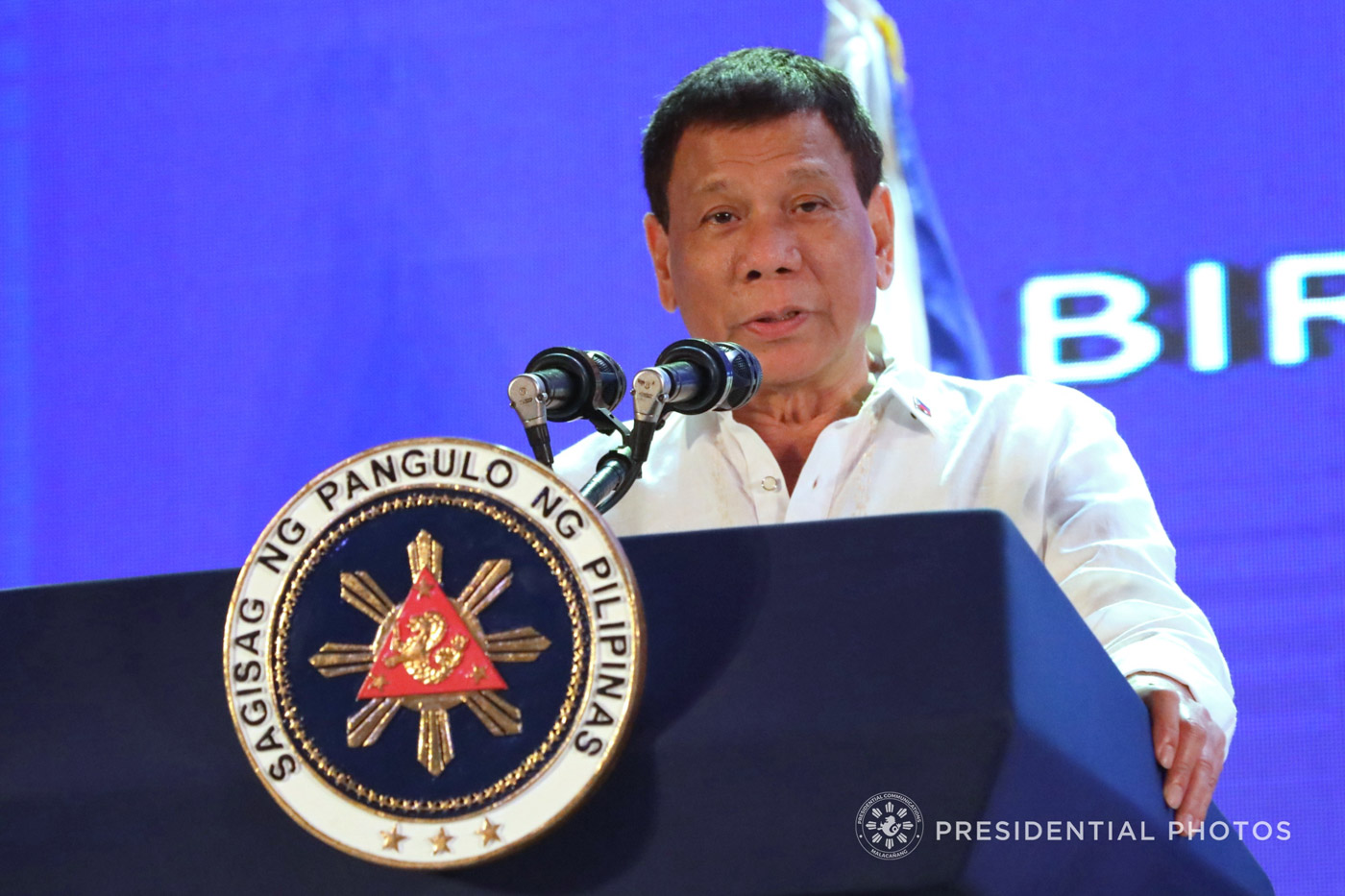 MANILA, Philippines – President Rodrigo Duterte rejected the proposed term extensions for government officials, including himself, as his allies in Congress plan a shift to a federal form of government.

In an interview with MindaNews, Duterte also thumbed down the proposed suspension of elections if charter change pushes through.

With discussions on charter change taking place in Congress, Speaker Pantaleon Alvarez previously said he is open to cancelling the 2019 midterm elections if the Philippines transitions to a federal form of government.

Senate President Aquilino Pimentel III also said the 6-year term of President Rodrigo Duterte may be extended “if necessary” during the country’s transition to federalism.

In the same interview, Duterte also said he envisioned a unicameral legislature composed of about 50 members, should the Philippines adopt a federal form of government.

The shift to federalism was among Duterte’s major campaign promises. Pimentel and Alvarez are also advocates of federalism. – Rappler.com