Jan 17, 2018 1:01 PM PHT
Camille Elemia
Facebook Twitter Copy URL
Copied
In an editorial titled 'After killing spree, is a free press Mr Duterte's next victim?,' the New York Times says the ruling against Rappler is 'only the tip' of President Rodrigo Duterte's assault on his media critics 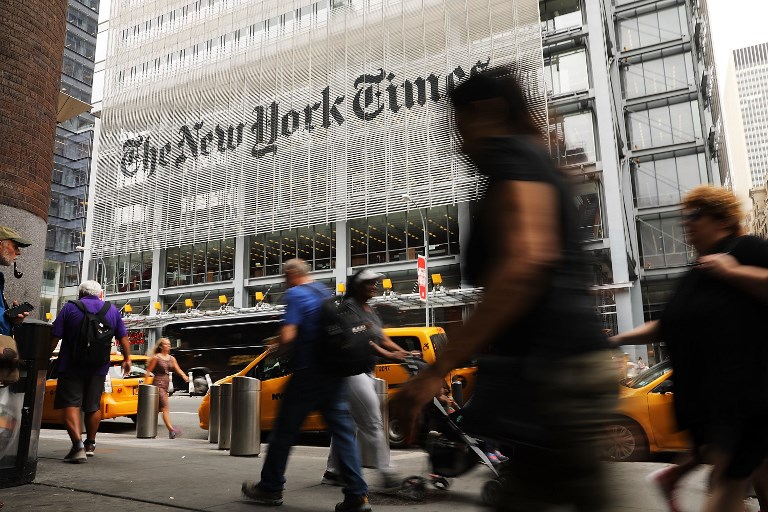 MANILA, Philippines – The New York Times (NYT) on Wednesday, January 17, slammed President Rodrigo Duterte over the decision of the Securities and Exchange Commission (SEC) to order the closure of news website Rappler.

In its editorial, “After killing spree, is a free press Mr Duterte’s next victim?,” the NYT said Duterte “stands out for his viciousness” among leaders of his kind. That is why it is no surprise, it said, that authoritarians like Duterte would run after independent media like Rappler.

“Even among that cast of illiberal leaders who rouse mobs with their ruthless policies and disdain for democratic protections, President Rodrigo Duterte of the Philippines stands out for his viciousness. He has effectively declared open season on those he and his minions accuse of being drug users and dealers, at least 4,000 of whom have been killed by the police and vigilantes since he came to office,” the NYT editorial said.

“Exposing such brazen abuse of power is a hallowed mission of a free press, so it should come as no surprise that authoritarians like Mr. Duterte usually go after independent media,” it added.

The NYT said the ruling against Rappler is “only the tip of Mr Duterte’s assault on his media critics.” 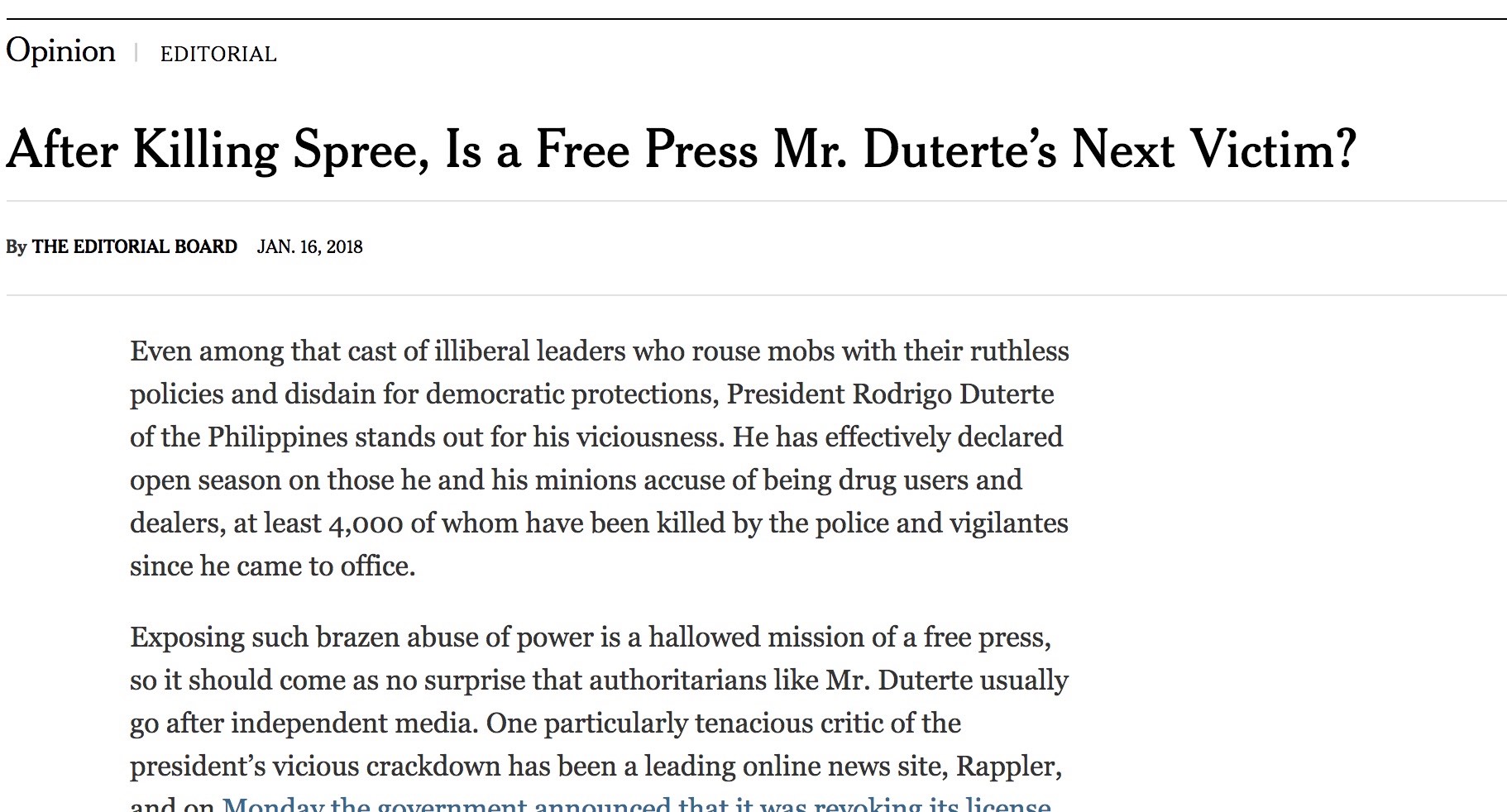 Duterte has repeatedly slammed Rappler in public after its critical reporting of his drug war, among other issues. In his 2nd State of the Nation Address, Duterte took the time to attack Rappler for its alleged foreign ownership, along with other media groups he saw as critical of his administration.

“His supporters have also made the Philippines a swamp of fake news, conspiracy theories and online harassment. Mr Duterte has refused to condemn the flood and has denied any involvement in its creation. Predictably, he also denied that the revocation of Rappler’s license was political, and he said he didn’t care whether or not Rappler continued to operate,” the NYT said.

“Yet the SEC decision followed Mr Duterte’s claim that Rappler had ‘American ownership,’ which is the core of the case against the site. Rappler notes that it has reported that it has two foreign investors, but it says that they have no ownership stake and no control of the website,” it said.

The NYT joined Rappler in urging the public and readers “to stand with [it] again at this difficult time.” (READ: Stand with Rappler, defend press freedom)