NBI: Rappler can be liable for cyber libel despite non-retroactive law 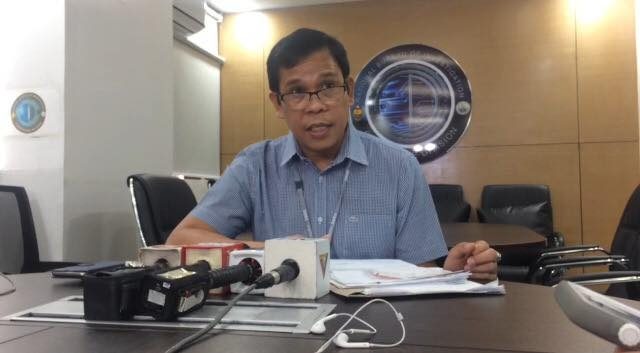 MANILA, Philippines – The National Bureau of Investigation (NBI) said on Friday, January 19, that Rappler could still be liable for cybercrime even if the law is not retroactive.

Republic Act No. 10175 or the Cybercrime Prevention Act was signed into law in September 2012.

Lawyer Marnie Tonson of the Philippine Internet Freedom Alliance said that “all criminal laws are not allowed to retroact.”

Eduarte disputed this, saying that due to the theory of continuous publication, it can be assumed that Keng only saw the article after the enactment of the law.

“Even if it was posted in 2012, it can still be seen at the time they filed a complaint, or at the time the law was passed, so our presumption as far as our investigation is concerned, they still violated the cybercrime law,” Eduarte said in Filipino.

Tonson for his part, said, “That’s one grey area that shall be decided by the court.”

The May 2012 Rappler article included Keng’s side of the story.

“In a Monday, May 28 phone interview with Keng, who said he was in China, the businessman admitted owning a suburban with plate number ZWK 111. He insisted, contrary to LTO documents, that his vehicle was not the one found to be used by Corona in 2011,” read the report.

The complaint is now at the fact-finding level at the NBI.

Eduarte said Keng filed the complaint in 2017. The Cybercrime Division received it October the same year.

“What I can surmise is probably he was informed of the possible libelous statements only last October or any period within that,” Eduarte said.

Santos and Rappler CEO Maria Ressa were summoned to appear at the NBI on January 22. Santos is no longer with Rappler.

The subpoenas on Santos and Ressa, served at the Rappler office on January 18, were dated January 10 or a day before the Securities and Exchange Commission ruled to revoke the business registration of Rappler, which the news group is appealing.

Eduarte said they are two different cases, and that his office’s investigation should not be lumped in with the SEC issue, which Rappler and other groups have branded as  part of an effort to muzzle a critical press.

“The date of the subpoena is January 10. We were ordered to investigate SEC only yesterday so…the timing is not our control,” Eduarte said.

A subpoena was also served to Benjamin Bitanga,  an incorporator of Dolphin Fire, which is a shareholder in Rappler Holdings, but he does not sit on the board of Rappler Incorporated.

Bitanga’s son, James, sits in the board of Rappler Inc.

Was the NBI mistaken? Eduarte said no.

“There is allegation in his interest also, a probability of his involvement in this case before us,” Eduarte said.

Solicitor General Jose Calida, who initiated the investigation into Rappler’s ownership, said he was prompted by reports, particularly that of former journalist Rigoberto Tiglao who had written a column falsely identifying Benjamin Bitanga as Rappler’s owner.

Eduarte said that the Cybercrime Division can resolve cyber libel cases in one to two months if all resources are readily available.

Should the NBI find basis to file a complaint, it will be transmitted to the Department of Justice (DOJ) for prosecution. – Rappler.com