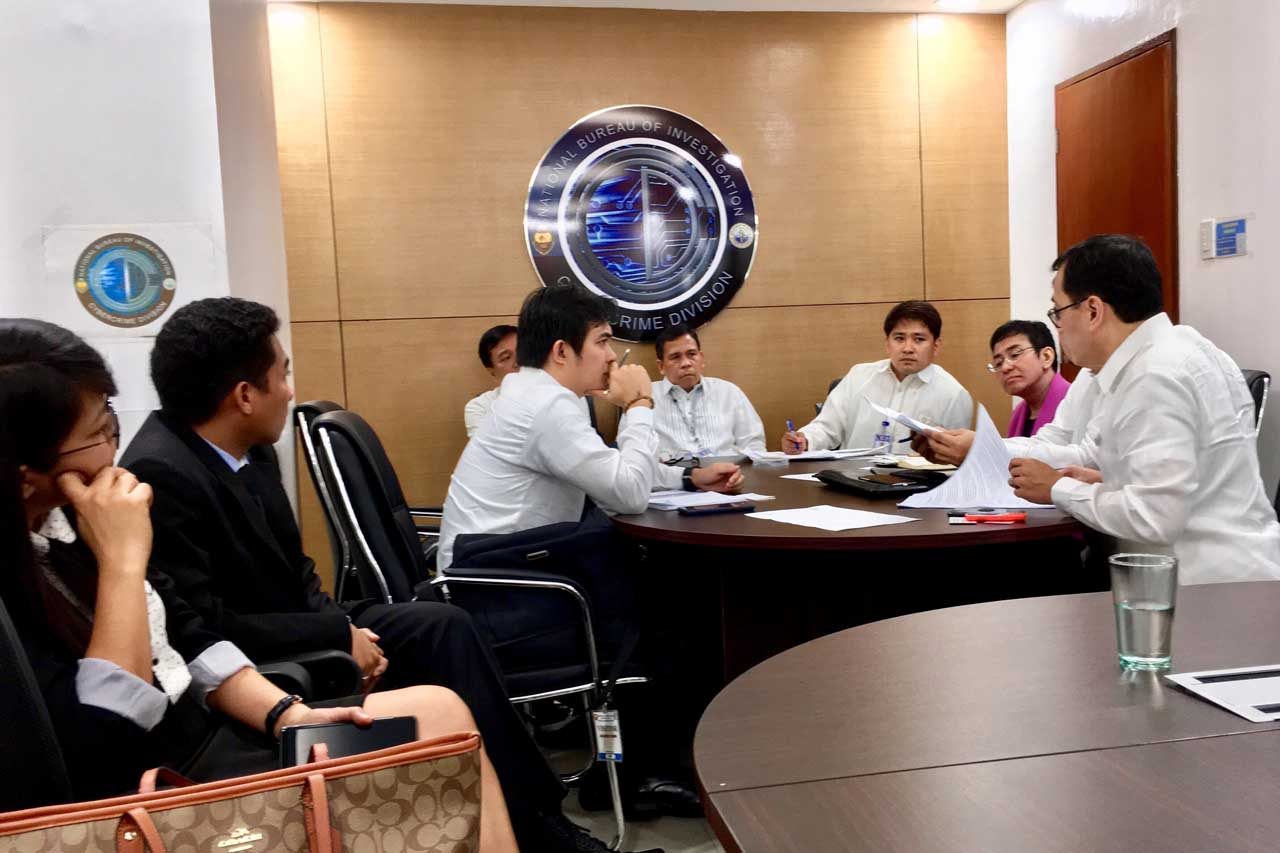 Facebook Twitter Copy URL
Copied
While the NBI says they received the complaint in October 2017, the complaint-affidavit is dated December 20, 2017

MANILA, Philippines – Businessman Wilfredo Keng filed a cyber libel complaint against Rappler for a report that linked him to illegal activities including human trafficking and drug smuggling.

But the Corona issue is not what Keng is complaining about, but the portion of the story that quoted an intelligence report that details Keng’s past.

Specified in Keng’s 7-page affidavit-complaint are the following paragraphs from the story:

At the time we were tracing the registered owner of the Chevrolet in early 2011, we got hold of an intelligence report that detailed Keng’s past. Prepared in 2002, it described Keng as a “naturalized Filipino citizen” whose exact birthdate is unknown. In the report, he was also identified as bearing the alias “Willy,” using a surname also spelled as “Kheng.”

The report stated that Keng had been under surveillance by the National Security Council for alleged involvement in illegal activities, namely “human trafficking and drug smuggling.” He is supposedly close to lawmakers and had contacts with the US embassy at the time.

The document also said Keng was involved in a murder case for which he was “never jailed.” It could be referring to the death of Manila Councilor Chika Go in 2002 where Keng had been identified as a mastermind. Go was also the architect of Keng’s Reina Regente condominium residence in Binondo, Manila.

According to a 2002 Philippine Star report, Keng was also accused of smuggling fake cigarettes and granting special investors residence visas to Chinese nationals for a fee. Keng has denied his involvement in this illegal transaction, saying it’s easy to get visas to the Philippines.

“The article was published by Rappler, without observing the ethical standards of journalism. It contained malicious imputations of crimes, with bad intentions, purposely to malign, dishonor and discredit my character and good reputation,” the complaint said.

Santos’ report in May 2012, however, included Keng’s side taken from a phone interview with the businessman.

In 2016, Keng’s lawyers got in touch with Rappler and sent the office a letter dated August 2016 from the Philippine Drug Enforcement Agency (PDEA).

Acting on the request of Keng’s lawyers for clearance, PDEA’s Randy Pedroso of the Intelligence and Investigation Service said in the letter that Keng “has no derogatory record on file at this agency for violation of RA 9165 or the Dangerous Drug Act of 2002 as amended.”

NBI Cybercrime Chief Manuel Eduarte said that this correspondence was tackled during the meeting at his office on Monday, January 22, between the camps of Keng and Rappler.

Rappler CEO Maria Ressa attended the meeting, in compliance with the NBI’s subpoena.

Santos’ report was published in May 2012, or 4 months before former president Benigno “Noynoy” Aquino passed the Cybercrime Act into law September that year.

Since all criminal laws are not retroactive, Keng’s lawyers justified their invoking the Cybercrime Law:

“The article written was committed by means of publication in the online platform and website of Rappler, which is open and available for public consumption since the date it was posted, which was on May 29 2012 and updated on February 19 2014,” the complaint said. (READ: What’s the right to be forgotten? Cyber libel complaint vs Rappler sparks discussion)

This is the theory of continuous publication, which is what Eduarte cited in saying that Rappler could still be liable for cyber libel despite a non-retroactive law.

Though the NBI itself has branded it a cyber libel complaint, the header of the affidavit-complaint actually cites the “ordinary” crime of libel, as punishable by Article 355 of the Revised Penal Code (RPC).

Rappler’s lawyer Jose Jesus “JJ” Disini said libel under the RPC has a prescriptive period of one year, which has lapsed.

Questions about the complaint

A copy of the complaint was provided to Rappler only during the meeting on Monday. Eduarte said it is “normal” that a complaint is not given to the camp of the defense, seeing that it’s not yet a criminal proceeding.

Eduarte said the Cybercrime Division received the complaint in October 2017.

However, the copy of the complaint provided to Rappler is dated December 19, 2017.

The complaint was filed against Ressa as CEO and “Editor-in-Chief”, Santos as the author of the report (though he was identified in the complaint as “columnist”), and Benjamin Bitanga as “Chairman/Owner/Publisher” of Rappler Inc.

Bitanga is neither of those. He does not sit on Rappler Inc’s board. But he is an incorporator of Dolphin Fire, which is a shareholder in Rappler Holdings Corporation, the parent company of Rappler Inc. It is Bitanga’s son James who sits on the board of Rappler Inc.

Former journalist Rigoberto Tiglao, the source of Solicitor General Jose Calida when he asked the Securities and Exchange Commission (SEC) to probe Rappler, had falsely identified Benjamin Bitanga as the owner of Rappler.

When this was pointed out in a press conference on January 19, Eduarte said “there is allegation in (Bitanga’s) interest also, a probability of his involvement in this case before us.”

But a close reading of Keng’s 7-page affidavit-complaint would show that Bitanga is not accused of any involvement apart from being the “chairman/owner/publisher of Rappler” which is not true.

In justifying the inclusion of Ressa and Bitanga, Keng’s lawyers cited the Supreme Court’s ruling in 2008 against reporter Erwin Tulfo, which found him guilty of libel, as well as the managing editor, national editor, city editor, and president of the publishing house that owned the daily Remate.

Eduarte said the meeting was cordial, and that it showed that both Rappler and Keng have trust in the NBI. Eduarte said it is unlikely they will apply for a search warrant, because Rappler is not contesting that it posted the article.