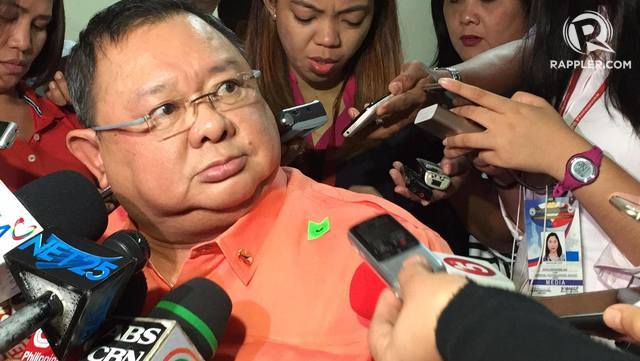 Saycon’s and Carrion’s appointment papers were released by Malacañang on Wednesday, January 24, but were signed by Duterte on January 18.

Saycon and Carrion are now part of the 5-member commission under the Office of the President, tasked with organizing the activities to commemorate the EDSA People Power Revolution which ousted dictator Ferdinand Marcos.

Saycon was known among political spheres as having been close to former president Fidel Ramos, one of the key figures who Duterte claims convinced him to seek the presidency.

He was also the man who brought 3 witnesses before the media, hours before the proclamation of Duterte and Leni Robredo as the country’s newly-elected leaders, to say they helped manipulate election results in favor of the Liberal Party. (READ: ‘Poll cheating’ in Quezon: Did Saycon witnesses change story?)

Their claims echoed the allegations of Ferdinand “Bongbong” Marcos Jr, who was overtaken by Robredo in the vice presidential race, but Saycon denied their connection with the senator.

Saycon is secretary general of the Council of Philippine Affairs (COPA), which was formed to protest against the Arroyo administration in the early 2000.

He had helped in the election campaigns of several politicians, including Ramos and former vice president Jejomar Binay. He also played a part in organizing the second EDSA Revolution which overthrew embattled former president Joseph Estrada.

The EDSA People Power Commission is now headed by National Historical Commission of the Philippines chairman Rene Escalante, after a Duterte executive order changed the composition of the commission. – Rappler.com