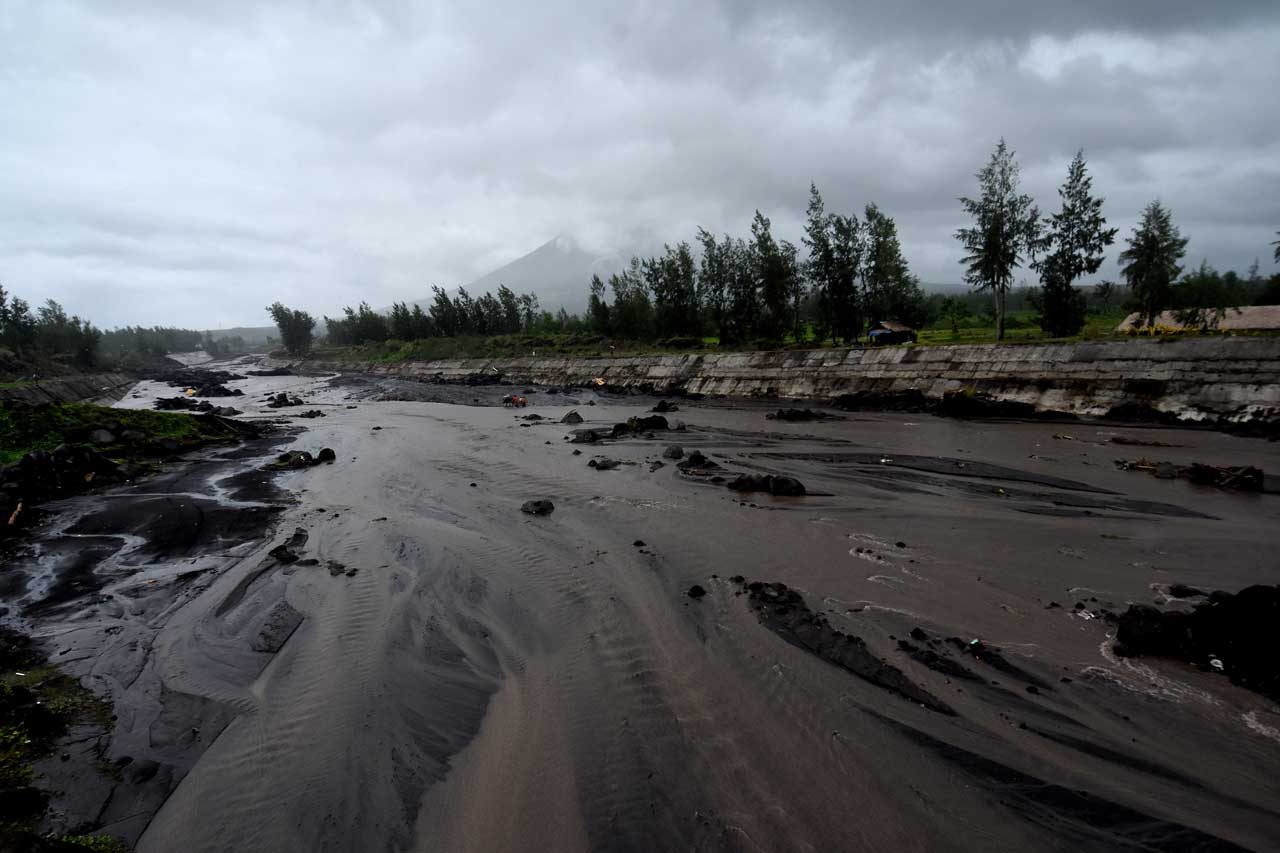 Facebook Twitter Copy URL
Copied
The threat of catastrophic mudflows is building on the slopes of Mayon, where nearly 90,000 residents have been moved out of harm's way

LEGAZPI CITY, Philippines – The threat of catastrophic mudflows is building on the slopes of an erupting Philippine volcano where nearly 90,000 residents have been moved out of harm’s way, authorities said Tuesday, January 30.

Mount Mayon has spewed millions of tons of ash, rocks, lava and debris in less than 3 weeks, much of it loosely lodged on its burnt slopes and which experts warn could be dislodged by heavy rain.

Activity continued overnight with “energetic lava effusion”, while previously extruded lava was also collapsing on the crater, only to be pushed out again as debris, the state volcanology office said in its latest bulletin.

Loud booming sounds, like that of thunder, accompanied the eruptions, an Agence France-Presse photographer near the mountain said.

“The public is strongly advised to be vigilant and desist from entering the 8-kilometer (5-mile) -radius danger zone, and to be additionally vigilant against pyroclastic density currents, lahars, and sediment-laden stream flows,” the bulletin said.

Pyroclastic currents are the superheated clouds of gas, ash and other volcanic debris that burn everything in their path as they speed down the slopes of the 2,460-metre (8,070-foot) mountain, located 330 kilometers southeast of Manila.

The institute said these materials are building blocks for “lahar” – mammoth debris flows that could find their way into streams and rivers and mow down surrounding communities.

An earlier Mayon eruption passed without any casualties in 2006, but 4 months later a typhoon unleashed an avalanche of volcanic mud from its slopes, killing about 1,000 people.

On Saturday, January 27, the volcanology institute issued its first “lahar” warning on Mayon this year due to incessant rain that is usual in the region at this time of year.

A day later the institute made a video recording of lahar flowing down a river near Daraga town south of the volcano, though it did not cause any damage or casualties. – Rappler.com