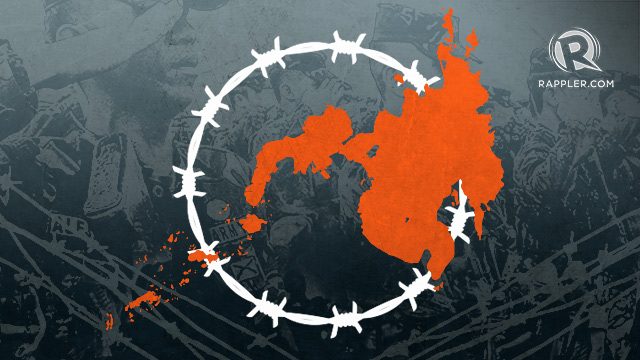 MANILA, Philippines – The rule of President Rodrigo Duterte and the extension of martial law in Mindanao have “adversely affected” the quality of democracy in the Philippines, according to a report of the Economist Intelligence Unit (EIU).

“The indefinite declaration of martial law in the southern state of Mindanao in the Philippines, and the rule of the country’s strongman leader, Rodrigo Duterte, adversely affected the quality of democracy in the Philippines,” the EIU said in the report which identified the country as having a “flawed democracy.”

Even after Marawi City was declared “liberated” from terrorist influence, the Duterte administration asked Congress to extend the impositiion of martial law in Mindanao. Initially declared on May 23, 2017, through Proclamation 216, Duterte asked for an extension from Congress twice – effectively extending military rule in the region until the end of 2018.

The research firm, which has produced the report since 2006, added that because of this, Duterte “led the way among Asian countries that are infringing democratic values.”

Highlighting a decline in media freedom since 2006, the report identified state-led repression as the first threat to freedom of expression. While this is nothing new, the existence of the internet and social media have introduced new forms of curtailing free speech.

“Most worryingly, free speech is now under attack in different ways in the developed democracies, encouraging repressive regimes around the world to take their cue from the Western censors,” the EIU said in its report.

In 2017, EIU identified only 30 countries out of the 167 countries as having media classified as “fully free.”

The Philippines is one of the states with a “partly free” media situation –  media that are “pluralistic but that the state or a handful of private owners have significant influence,” dissenting viewpoints are inadequately represented, and there’s restriction of freedom of expression and self-censorship.

Duterte’s continuous attacks made the press freedom situation “even worse,” according to EIU. Barely two years into his presidency, the President and his administration have continuously threatened, harassed, and made antagonists out of several media outlets. (READ: From Marcos to Duterte: How media was attacked, threatened)

“Duterte has managed to make an already bad situation even worse for the media in the Philippines,” the report said.

The situation in the Philippines has contributed to the Asia-Pacific region’s status as the third-worst violator of media freedom, making the region as “a far worse place in which to operate for journalists, bloggers, and civil rights activists,” the EIU said. – Rappler.com