Feb 29, 2012 5:28 PM PHT
Rappler.com
Facebook Twitter Copy URL
Copied
Lacierda said the President has already committed to join the National Thanksgiving Mass for Calungsod which will be held in Cebu in November this year

MANILA, Philippines – A day after the Iglesia ni Cristo prayer rally, leaders of the Roman Catholic church in the Philippines visited President Aquino on Wednesday, February 29, to formally invite him to join the official Philippine delegation to the canonization of Blessed Pedro Calungsod.

Calungsod is one of seven candidates for sainthood who will be canonized at the Vatican City on October 21. Presidential Spokesman Edwin Lacierda, however, said  it would be difficult for Aquino to go to Rome due to previous commitments around the same time. 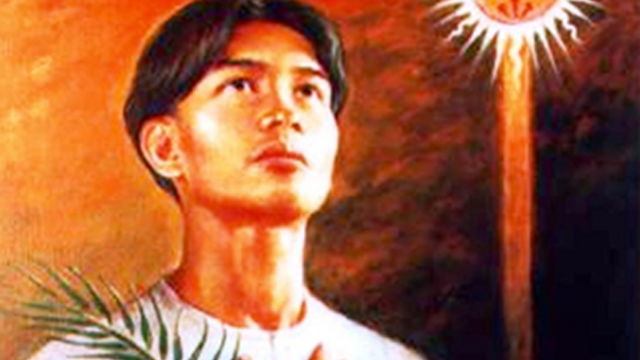 Still, Lacierda said the President has already committed to join the National Thanksgiving Mass for Calungsod which will be held in Cebu in November this year. “Insofar as the schedule in Rome is concerned, that’s another matter. So it’s pretty hard to fix the schedule. We already have a schedule for the visits of the President abroad eh.”

Lacierda brushed off questions from reporters on whether the President’s presence at the Thanksgiving Mass for Calungsod might be taken for partiality for a specific religious organization.

Prior to this, Aquino said he did not go to INC because he felt that it would politicize the activity.

“It’s a thanksgiving and a celebration of Filipino bravery and martyrdom. You must remember that Pedro Calungsod died for the faith. So it also showcased the Filipino’s willingness to die for God and country,” Lacierda said.

Lacierda stressed that the administration has always been in touch with denominations of faith in the country.

Previous to this, Lacierda said, a group of evangelical bishops led by Efren Tindero also visited the President.

Lacierda did not confirm if the controversial reproductive health bill which is opposed by the Roman Catholic leadership in the country, was among the topics during Aquino’s meeting with the bishops.

“Doon sa RH Bill I think alam natin ang position po ng Catholic Church and that’s why we’ve held two, three dialogues with them and opened, like we’ve mentioned always, that we are in constant dialogue with the church.” – Rappler.com