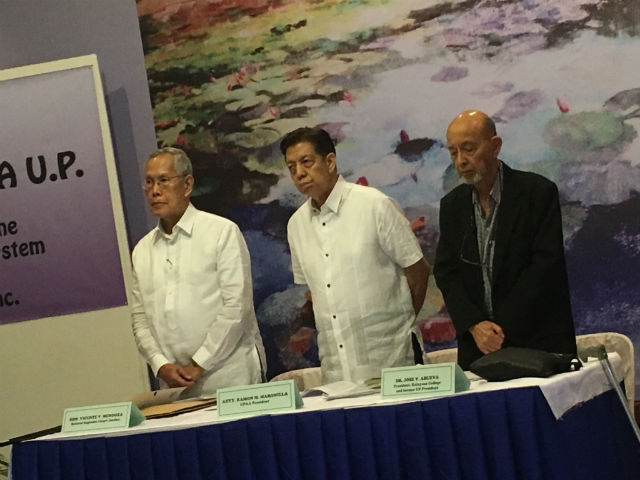 MANILA, Philippines – Despite the 1987 Constitution’s provision that bans family members from occupying elective positions simultaneously, dynasties remain in Philippine politics. The reason: until now, Congress has not passed a law that would implement that constitutional provision.

So retired Supreme Court associate justice Vicente Mendoza proposes that there be a self-executory anti-dynasty provision if a new constitution is drafted.

“The proposed amendments I have are the following: I agree to make the ban on political dynasties meaningful by directly prohibiting it in the Constitution instead of leaving it to law to prohibit it,” Mendoza said during the 4th Senate hearing on Charter Change on Thursday, February 1.

“Define or determine the degree of consanguinity or affinity within which persons must fall in order to be considered within the ban on political dynasties,” he added.

University of the Philippines professor and political analyst Clarito Carlos, however, said banning political dynasties in the law or in the constitution would be unlawful.

“First of all, you cannot legislate nor can you put into [the] constitution anything banning political dynasties and term limits. Why? You have the power to vote, constitutionally provided for, and to be voted upon,” Carlos said.

Article 2 Section 26 of the 1987 Constitution mandates “equal access to opportunities for public service and prohibit political dynasties,” but at the same time it added the need for an enabling law to define what constitutes a dynasty.

One of the proposals in the House of Representatives – Resolution of Both House Number 8 – seeks to instruct the first Congress under the Federal State to immediately enact a law banning political dynasties.

The PDP-Laban Federalism Institute version, meanwhile, has the same provision as in the 1987 Constitution, but the institute says it would be reworded “to make it self-executory.”

The ruling party’s draft constitution has been submitted to the House of Representatives, and is under review by several technical working groups. (WATCH: Rappler Talk: Federalism in PH – what Duterte’s party is proposing) – Rappler.com