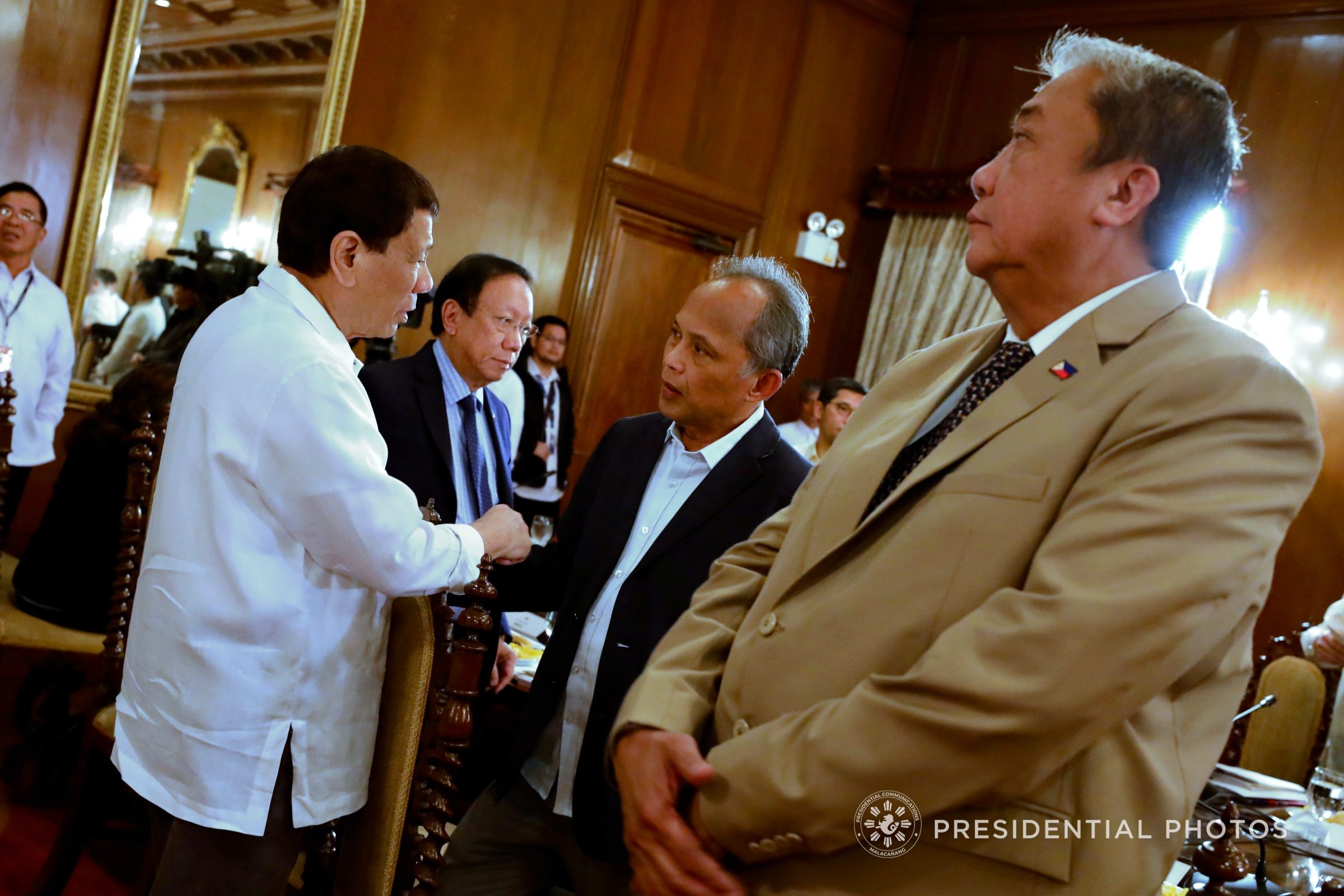 MANILA, Philippines – President Rodrigo Duterte, during the Cabinet meeting on Monday, February 5, rejected the request of the Department of Information and Communications Technology (DICT) to extend the deadline to get the 3rd telecommunications player “up and about.”

The department’s officer-in-charge, Eliseo Rio Jr, had wanted to be given two more months, or until May of this year, to name the 3rd telco player.

“This was not approved in yesterday’s Cabinet meeting so we stick it out with the original time frame of a 3rd telecoms player by March of this year,” said Presidential Spokesperson Harry Roque during a Tuesday briefing.

“The President was emphatic and issued a warning to the detractors of the entry of the 3rd telecoms player not to test the will of government,” Roque added.

Rio had wanted the extension because prospective entrants asked for more time to prepare the requirements for the auction of frequencies and secure partners. (READ: 3 consortia forming up to battle for Philippines’ 3rd telco slot)

Duterte had also unleashed curse words when he heard that frequencies given to company Connectivity Unlimited Resources Enterprise (Cure) would have to be “bought back” by the government so that these frequencies could be awarded to the 3rd telco player.

“The President rejected that proposal that we pay for frequencies that we gave out for free,” said Roque.

The government had given a 3G frequency to Cure, owned by businessman Roberto Ongpin, in 2006. PLDT bought it from Ongpin in 2008 for its 3G license which it then used to launch Red Mobile, a mobile service.

Prospective entrants and researchers have said it may be “doable” to name a 3rd telco player by March but it would be unlikely for it to be offering services to the public by then.

Mary Grace Mirandilla-Santos, an independent researcher and lead convenor of advocacy group Better Broadband Alliance, said it “would take years” to set up a telco company.

Securing a legislative franchise could take 3 to 5 years, said Pierre Galla, co-founder of Democracy.Net.PH. But he expressed optimism that this could be shortened given how Duterte’s allies dominate Congress. (READ: [OPINION] Economic conditions don’t favor 3rd telco player) – Rappler.com