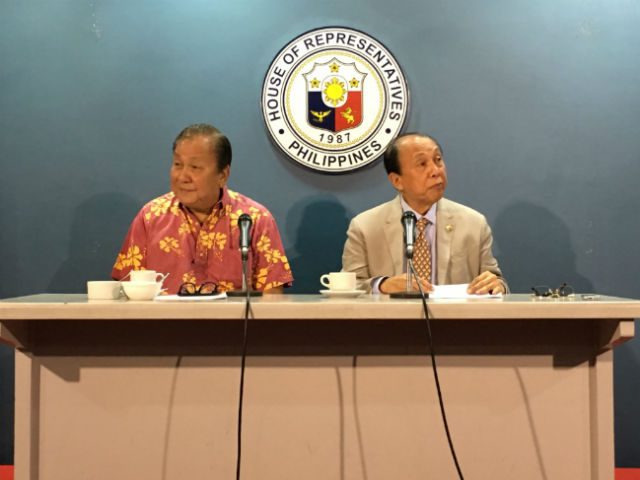 MANILA, Philippines – Citing supposed irregularities and allegations of cheating in the recent 2016 elections, House minority leader Danilo Suarez filed on Monday, February 5, a resolution calling on the House to investigate the Commission on Elections (Comelec)’s decision to purchase vote-counting machines (VCMs) for the coming 2019 polls.

Speaking in a press conference on Wednesday, February 7, Suarez said it would not make sense for the Comelec to purchase the VCMs from Venezuelan firm Smartmatic, especially since the 2016 polls recorded “the most number of elections protests and contests filed.” (READ: Should Comelec buy vote-counting machines or lease them first?)

The marks which Marcos presented as proof of cheating, however, were actually new features of the ballot not seen in previous elections, according to election lawyer Emil Marañon III, who was also consulted by the camp of Vice President Leni Robredo.

And while Marcos questioned only the results for vice president, Suarez went on to question the results of the presidential race, noting that President Rodrigo Duterte may have been “shaven” of votes. Roxas trailed Duterte by over 6 million votes.

Suarez said he could not believe that Liberal Party (LP) and administration candidate Manuel Roxas II could place second when surveys had indicated he would come last in a 4-way race.

“I suspect there was a marching order from the former president [Benigno Aquino III] that [Marcos] would not win the vice presidency. There were [also] some issues with the [senatorial race]. And that the same time, there was an order on Comelec to proclaim candidates they wanted,” said Suarez.

BUHAY Representative Lito Atienza, meanwhile, questioned why the Philippines was relying on a foreigner for its elections. “There’s an obvious and clear bias for Smartmatic. It’s it clear that those machines may be tampered with?” he said.

Atienza, former mayor of Manila, cited alleged anomalies in the ballots in the city, in arguing against Comelec and Smartmatic.