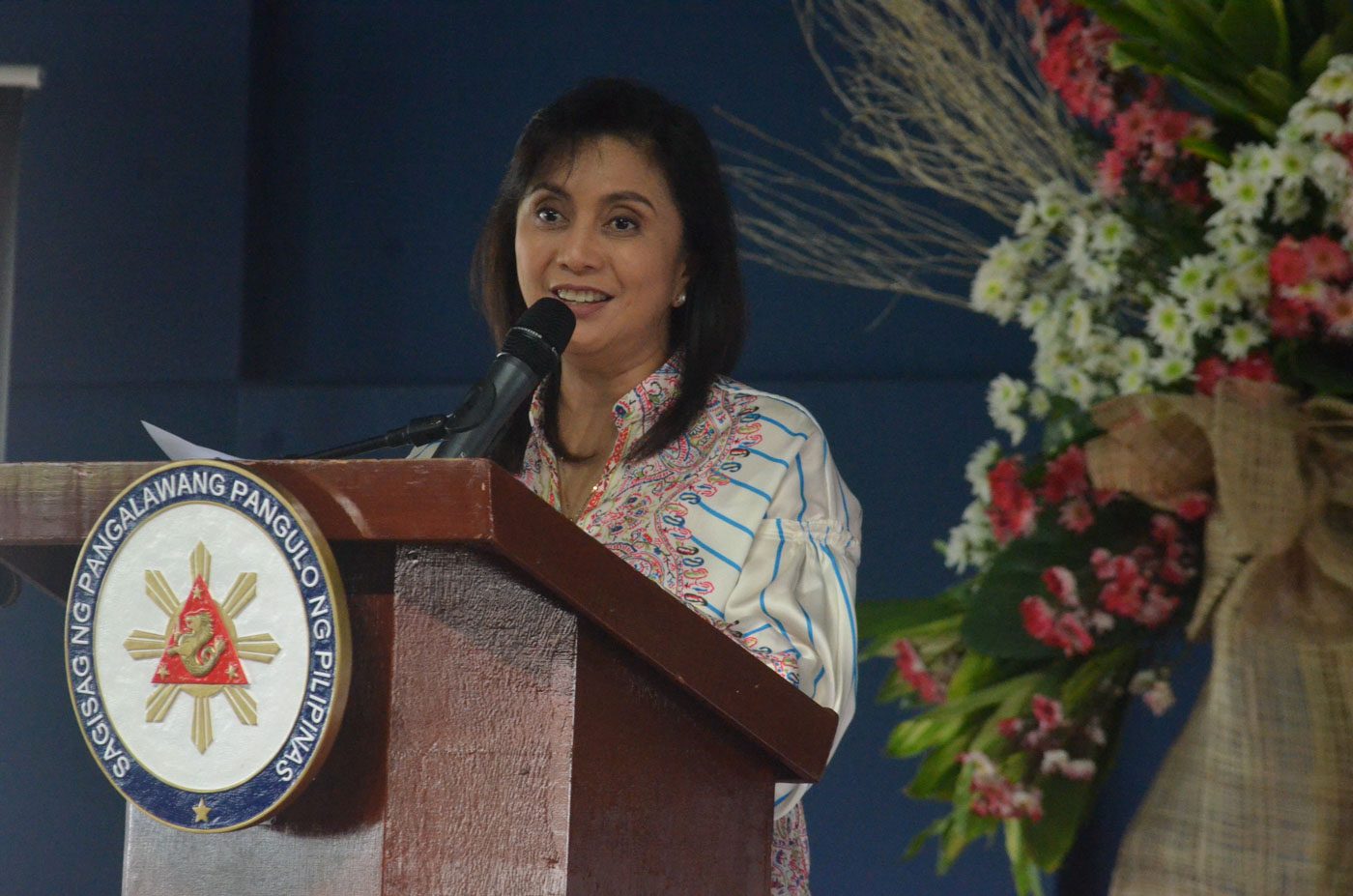 Facebook Twitter Copy URL
Copied
The camp of Vice President Leni Robredo maintains they have no pending motions aimed at delaying the ballot recount, but tells the Supreme Court that any such motion, if it exists, should be considered withdrawn

MANILA, Philippines – Vice President Leni Robredo filed a motion before the Supreme Court (SC), acting as the Presidential Electoral Tribunal (PET), seeking the withdrawal of all other motions which may be delaying the electoral protest filed against her.

This is despite Robredo’s lead counsel Romulo Macalintal asserting they have not filed any motion to hamper the recount in the election case filed by former senator Ferdinand “Bongbong” Marcos Jr.

“While protestee has no such pending motions nor is she aware that she has any pending motion which could or would delay or hamper the recount processes, she respectfully manifests and so moves before this Honorable Tribunal that if there exists in the records of the Tribunal any such motion, the same should be considered as duly abandoned or withdrawn,” reads the motion.

It was filed a day after Macalintal had dared Marcos to go to a restaurant in Manila and sign a joint motion indicating their intention to withdraw any motions delaying the electoral protest.

Marcos did not show up. Instead, he signed his own joint manifestation. Both camps refused to sign the other’s documents. (READ: Marcos, Robredo pull media stunts but get no closer to a recount)

Marcos’ lawyer and spokesperson Vic Rodriguez reasoned that a joint manifestation is “more sincere” as it covers both present and future motions that may be filed by both camps in relation to the electoral protest.

He said the Vice President’s joint motion only covers pending motions, not those that may be filed in the future.

He also called out Robredo for not signing the joint motion Macalintal had earlier presented to the media.

Macalintal, meanwhile, said a joint manifestation like the one signed by Marcos is no good because a “manifesto” is a mere declaration that will not prompt the PET to take action. It should be a joint motion signed by both camps, he said.

The filing of Robredo’s latest motion follows a bitter word war between the two camps earlier this week, with both sides accusing the other of delaying the electoral protest.

The ballot recount for Camarines Sur, Iloilo, and Negros Oriental – the 3 pilot provinces Marcos chose for the initial recount – is set to start on March 19.

Robredo herself said she wants the electoral protest to be resolved soon so Marcos will not have the space to create lies regarding the 2016 poll results.

Marcos, on the other hand, continues to assert he had won the elections. (READ: ‘Why run for senator when I already won as VP?’ – Bongbong Marcos)

He recently accused the Vice President of colluding with the Commission on Elections (Comelec) and technology provider Smartmatic through “questionable” marks found in the ballot images from Camarines Sur and Negros Oriental.

But election lawyer Emil Marañon III, whom the Robredo camp had consulted, said the marks in question are just new features of the ballot introduced in 2016.

Read a full copy of Robredo’s motion below: