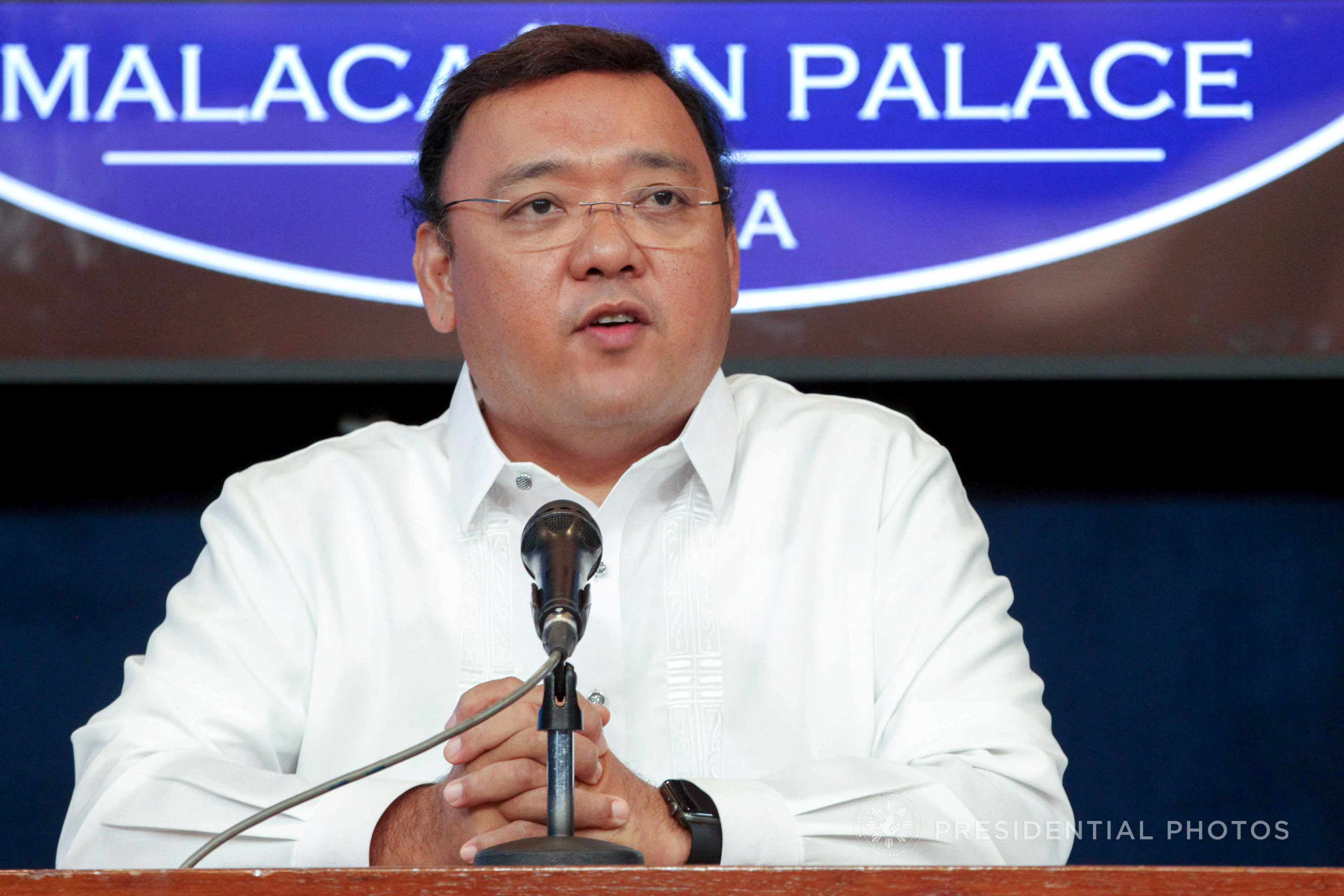 In an interview with Duterte supporter Franco Mabanta  on Wednesday, February 7, Roque called such feminists “OA” or over-acting when they get angry at the President’s jokes about women.

“You know, sometimes, these feminists are really a bit OA. I mean, that’s funny. Come on. Just laugh,” he said.

The Philippine leader, a self-confessed “womanizer,” has joked about wanting to rape an Australian missionary and using “42 virgins” as a tourism “come-on.”

Duterte had also described Filipinas as “fragrant” and once joked that he prayed Super Typhoon Yolanda would kill the ugly and spare the beautiful. (READ: Duterte jokes: ‘Fragrant’ Filipinas, ‘ugly’ Yolanda victims)

Duterte’s humor, said Roque, endears him to many Filipinos who can “identify” with such jokes that are frowned upon elsewhere as sexist.