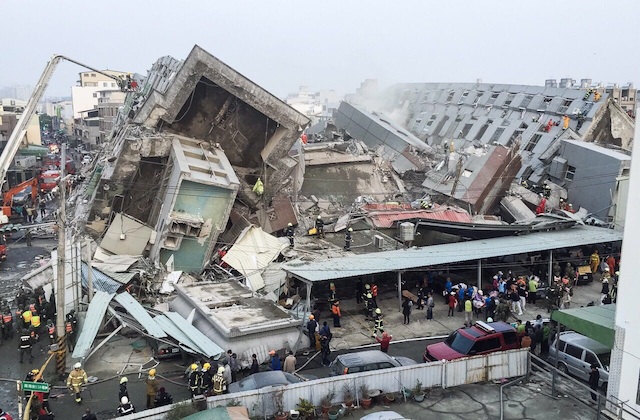 CAGAYAN, Philippines – Melody Albano Castro, the Cagayana overseas Filipino worker (OFW) who died in the earthquake in Taiwan, was the family breadwinner.

Castro’s body was retrieved in a collapsed building on Thursday, February 8, two days after the earthquake. Taiwan authorities said Castro died of suffocation when she crawled under a bed during the quake, and a cabinet fell and crushed the bed.

She was retrieved from the building’s 7th floor, Migrante International-Taiwan Chapter confirmed in its Facebook page.

Mary Jane Abig said in a phone interview on Friday, February 9, that her niece left behind a 6-year-old daughter and a husband who had been unable to work for the last several years because of an accident.

Abig said the husband worked as a security guard but he had an accident that paralyzed him in 2014.

“‘Her husband had a job before as a security guard but was paralyzed after an accident in 2014. He suffered injuries in his arms and legs, and the doctors also had to take a portion of his skull due to swelling,” Abig told Rappler in Filipino.

After her husband’s accident, Castro was forced to seek work abroad to sustain her family’s needs, Abig said. Castro had worked as an OFW for 3 years.

Aside from being a caretaker, Castro also sold products online, such as whitening products and jewelry.

Abig said the main challenge for Castro’s family now was how to sustain the education of her daughter.

“She (Castro’s daughter) already knows her mother died. She tells people, ‘I already don’t have my mama. How can I finish my studies now?'” Abig said in cracked voice.

Castro’s body is set to be flown home next week, or as soon the release papers are approved. Abig added that representatives of the Overseas Workers Welfare Administration (OWWA) had communicated with the family. – Rappler.com