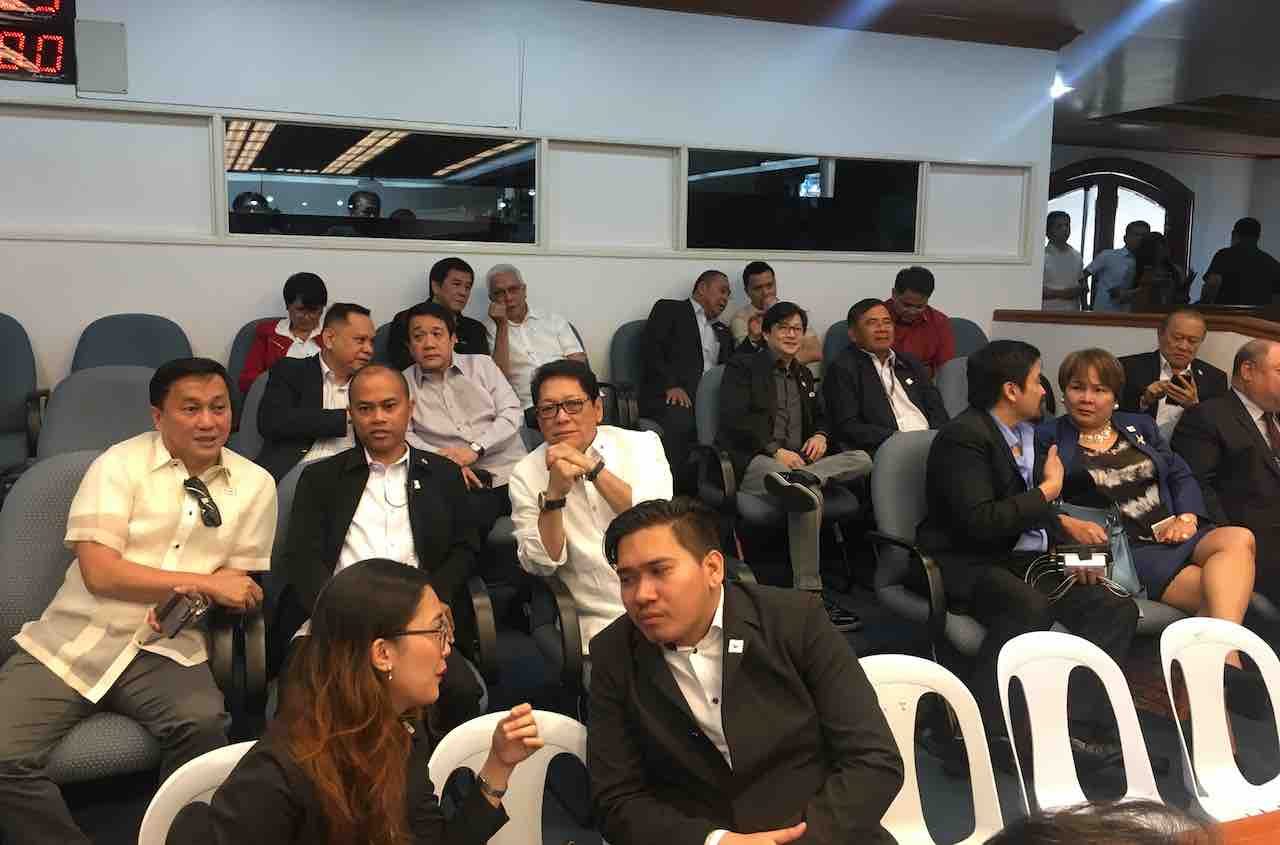 MANILA, Philippines – In a rare move, members of President Rodrigo Duterte’s Cabinet came in full force to support Special Assistant to the President Christopher “Bong” Go at the Senate hearing on the controversial Philippine Navy warships deal on Monday, February 19.

Foreign Affairs Secretary Alan Peter Cayetano returned to his former turf, this time to defend Go from accusations of meddling in the deal. Cayetano said it was the “personal initiative” of the Cabinet and not ordered by President Duterte.

He also slammed the Philippine Daily Inquirer and Rappler for reporting on Go’s alleged interference, saying it was meant to allege corruption or wrongdoing.

“We saw through the two news outfit dragging the name of Secretary Bong. Even before doing the research, there were two news outfits, explicitly Inquirer at Rappler, who said Secretary Bong meddled. If we follow the timeline, it’s an absolute lie,” Cayetano, speaking in a mix of English and Filipino, told reporters ahead of the hearing.

Duterte’s closest aide is alleged to have intervened in the selection of the supplier for the Combat Management Systems (CMS), likened to a ‘brain’ of a ship, of the two Navy frigates.

In January 2017, Go allegedly interceded on behalf of contractor Hyundai Heavy Industries (HHI) by sending a white paper to the Department of National Defense (DND) expressing preference for Hanwha Thales, a South Korean company and the HHI’s choice, as the supplier for the CMS. The Navy, on the other hand, wanted to get Tacticos Thales of the Netherlands because of its “proven technology.”

Barely a week after the white paper was sent to Mercado, Undersecretary Lloyd Christopher Lao, then with Go’s office, arranged a meeting with the Navy team in charge of the project, headed by then Rear Admiral Robert Empedrad, to discuss the selection of the CMS supplier. (READ: [EXCLUSIVE] Undersecretary in Bong Go’s office confirms letter on frigate deal)

In the end, the DND ruled that the Navy should get Hanwha Thales. Shortly after, Mercado was relieved from his post in mid-December 2017. – Rappler.com