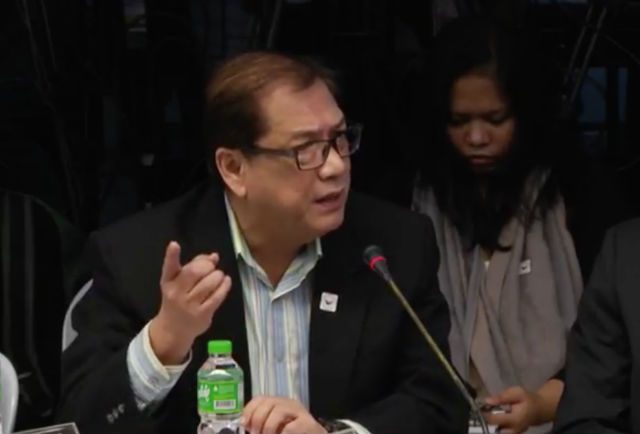 Philippine Children’s Medical Center (PCMC) executive director Julius Lecciones filed the complaint against Cruz before the Office of the Prosecutor in Quezon City on Monday, February 19.

Cruz had included Lecciones’ name when he alleged several health officials are operating the so-called corrupt “DOH mafia,” who supposedly have benefitted from the procurement and implementation of the now-suspended dengue vaccination program.

Cruz, however, has not produced any documentary evidence to substantiate his claims.

In his libel complaint, Lecciones cited several news reports on Cruz’s allegations regarding the DOH mafia.

“[I am filing this complaint because the] derogatory remarks against my person tends to cast dishonor by imputing against me that I am part of the operations of an alleged mafia in the DOH who benefited from the P3.5 billion immunization program when in fact the same is false, baseless, unfounded, fabricated, and was made solely for the purpose of casting dishonor and discrediting my person,” said Lecciones in his complaint.

He added he has an “unblemished” record as a public servant and doctor. (READ: PCMC director grilled for P3-B dengue vaccine purchase)

“The ill-effects of the malicious statements are shown by the negative responses that I have received from the public expressing belief in the baseless allegations,” said Lecciones.

The PCMC under Lecciones had procured P3 billion worth of Sanofi Pasteur’s Dengvaxia dengue vaccine for the said immunization program, launched by ex-health chief Janette Garin in 3 regions in April 2016.

DOH Secretary Francisco Duque III himself already denied the existence of the DOH mafia during his confirmation hearing before the Commission on Appointments on January 31.

Cruz is unfazed, arguing the libel complaint filed against him is “without basis” and was “only filed to stop me from fighting against corruption in the DOH during the indiscriminate Dengvaxia vaccinations and 2016 national elections.”

“What I have said against them is actuated with good motive and out of my moral obligation to expose the truth because what is involved is public health, which is obviously a matter of public interest,” said Cruz in a text message.

Cruz, the VACC, and the Vanguard of the Philippines Constitution Incorporated filed a graft complaint against Garin, former president Benigno Aquino III, ex-budget chief Florencio Abad as well as executives of Sanofi Pasteur and its distributor Zuelling Pharma over the controversial Dengvaxia vacicne.

Cruz and the VACC also previously lodged a complaint against the same officials before the Commission on Elections, accusing Aquino of using funds to campaign for the Liberal Party in 2016.

Cruz had also accused Suy and Ducusin of being part of the alleged DOH mafia.

Read the full copy of Lecciones’ libel complaint against Cruz below: