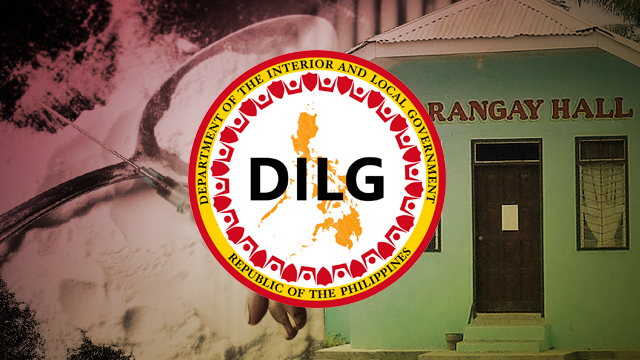 DAVAO CITY, Philippines – The Department of the Interior and Local Government (DILG) will be releasing a new memorandum on the reactivation of Barangay Anti-Drug Abuse Councils (BADAC), this time with stronger sanctions for leaders who refuse to organize one.

This was revealed on Monday, February 19, by Ricojudge Janvier Echiverri, DILG Assistant Secretary for External and Legislative Affairs.

“The DILG may file cases against you (leaders) with the Ombudsman or with the Office of the President,” Echiverri told reporters at a press conference organized by the Inter-Agency Committee on Anti-Illegal Drugs (ICAD), which the department is part of.

The BADAC is poised to “lead the fight against illegal drugs,” according on a DILG Memorandum Circular from June 16, 2015, signed by then Interior Secretary Mar Roxas.

Echiverri said Eduardo Año, the current Interior Secretary, will be releasing a revised memorandum to make sure local leaders are pushed to creating their BADACs.

The current DILG memo states that barangays are required to appropriate a portion of their annual budget for the BADAC, otherwise there are “grounds for a possible administrative case of dereliction of duty pursuant to Section 60 of the Local Government Code.”

Officials leading the ICAD admitted that among the reasons why BADACs have not been organized by villages is that officials are wary of retaliation in cases when suspected drug users are arrested by authorities.

“They are putting somehow themselves at risk in identifying drug pushers and drug users in their areas,” said Director General Aaron Aquino, chair of the Philippine Drug Enforcement Agency (PDEA).

A BADAC is led by the barangay chair, with members including a kagawad, Sangguniang Kabataan Chair, school principal, civil society representative, faith-based representative, and a local police representative. They are to conduct monthly meetings, and refer suspected users to the body’s city or municipality anti-drug abuse council counterpart.

But despite risks, Aquino said leaders should stand up against illegal drugs as “the biggest chunk of narcopoliticians are found at barangays.”

The BADACs are deemed necessary in the drug war chain, said Aquino, as the lists that reach national agencies relay heavily on what these councils submit.

Echiverri would not announce when Interior Secretary Año will be releasing the memo, but told local leaders that once it is out, the document would serve as their “last warning.”

That is why, he said, if barangay officials could no longer stand their role in local government, “then do not run (for public office).”

Meanwhile, Aquino assured barangay officials can readily approach the police “if there are threats in their lives” while doing their duty. – Rappler.com