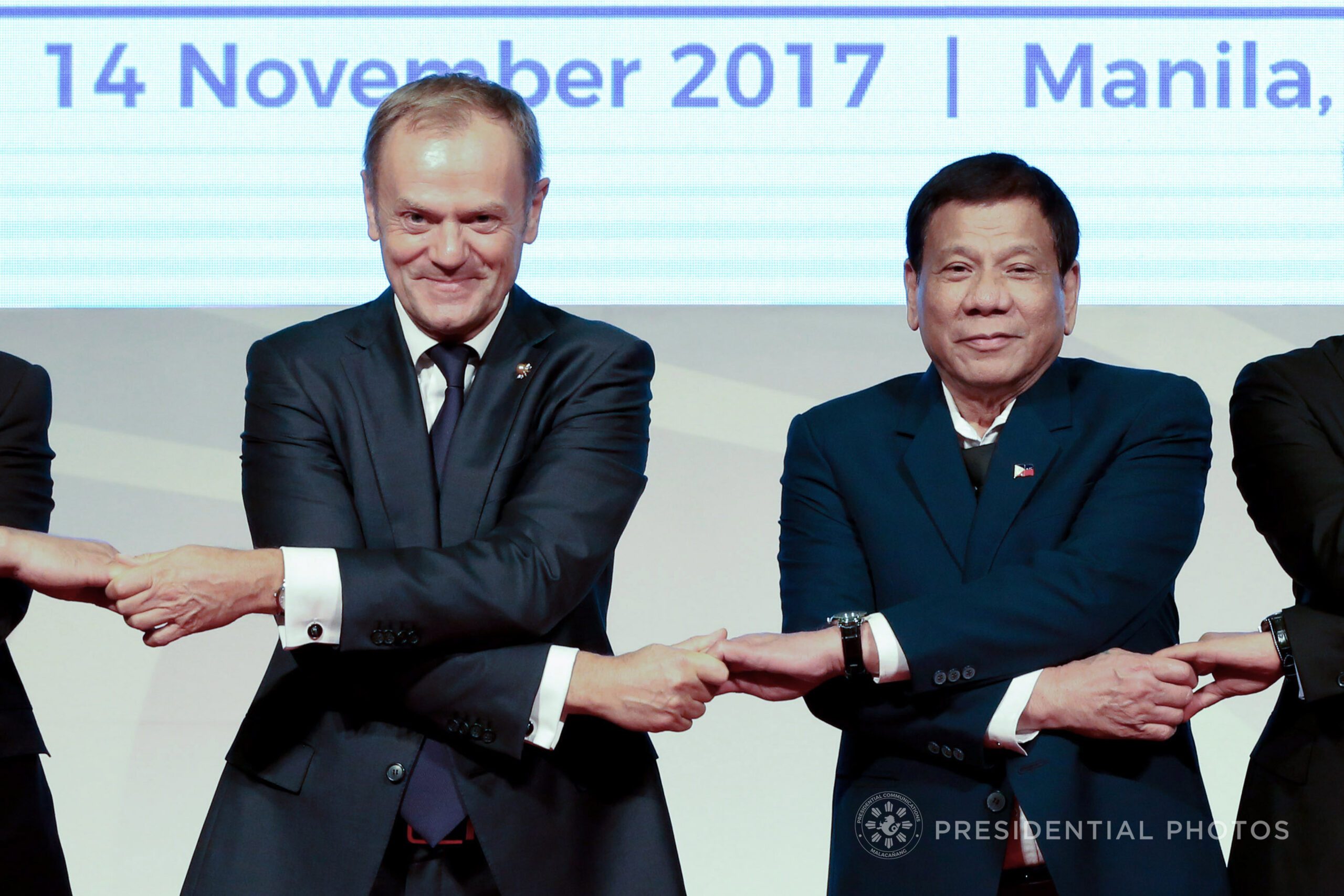 Facebook Twitter Copy URL
Copied
The European Union will modify the standard text of its future financial deals with the Philippines to avoid reiterating the condition on respect for human rights, which has angered Duterte

MANILA, Philippines – President Rodrigo Duterte may have hurled invectives at the European Union in the past, but on Monday, March 5, Malacañang expressed gratitude to the regional bloc for its recent assistance to the government’s drug rehabilitation program.

“We thank the European Union, likewise, for offering a 3.8 million-euro aid to fund the drug rehabilitation centers in the country,” said Presidential Spokesperson Harry Roque during a Palace briefing.

He called the assistance, worth P242 million, a “big boost” to the Duterte administration’s efforts to address drug addiction.

“The EU’s desire to support our drug rehabilitation centers runs parallel with the Duterte administration’s wholistic approach to the drug problem by treating it not just as a national security issue but a public health cocnern as well,” said Duterte’s spokesman.

However, he reminded the public that Duterte only accepts aid from foreign entities if they don’t come with any “conditions.”

“He will reject, as he did in previous occasions, offers of assistance with any condiiton that would interfere with our domestic policies. The President will not compromise the nation’s dignity over any amount of foriegn aid,” said Roque.

The EU has decided to modify the standard text of its future financial deals with the Philippines to avoid reiterating the condition on respect for human rights, which had angered Duterte.

Duterte had repeatedly slammed the EU for criticizing his war on drugs. He likened it to meddling in the Philippines’ internal affairs. The Philippines earlier rejected at least P380 million (6.1 million euros) in aid from the EU because of this. – Rappler.com