Facebook Twitter Copy URL
Copied
The Maute-ISIS group, as it is locally known, has more than 300 fighters remaining. They are supposedly lying low but continue to retrain and recruit new members.

MANILA, Philippines – The Armed Forces of the Philippines (AFP) said remnants of the local armed groups with ties to the Islamic State (ISIS) have scattered into 10 subgroups since their defeat in Marawi in 2017.

The Maute-ISIS group, as it is locally known, has more than 300 fighters remaining, according to Major Ronald Suscano, spokesman of the 1st Infantry Division (ID) in Western Mindanao.

The United States refers to them as “ISIS Philippines” and designated them as a foreign terrorist group that its citizens should not conduct business with.

Suscano said the Maute-ISIS remnants recognize a certain “Abu Dhar” as their current leader. They are supposedly lying low but continue to retrain and recruit new members.

“They scattered into small groups. Most of them are hiding, but some of those who remain in Lanao del Sur have regrouped and are retraining. Ten subleaders remain,” according to Suscano, speaking in Filipino.

“We received reports that the recruitment is not limited within Lanao del Sur. It continued also in Basilan, Sulu, and even Palimbang [in Sultan Kudarat],” he said.

Bautista led the military offensive in Marawi City last year, when he was chief of the Army 1st Infantry Division (ID).

Major General Roseller Murillo, the new chief of the 1st Infantry Division, said the military is gaining ground against the remnant forces.

“Our recent successes and apprehensions have been yielding valuable information that allows authorities to further hunt down the remnants of the group. These successes clearly indicate their dwindling organizational leadership and capabilities,” Murillo said.

Abu Dhar is a former lieutenant of slain ISIS emir Isnilon Hapilon, who led a faction of the Abu Sayyaf Group and the Maute Group.

“He’s a full blooded Maranao. Both his parents hail from Lanao del Sur. He grew up there, went to school there, and married there,” Suscano said.

Abu Dhar is believed to be in his 40s. “Based on information I got, he carried a lot of money with him when he escaped from the battle area,” said Suscano.

Firefight erupted between the military and the Maute-ISIS remnants in Masiu town in January. Masiu is believed to be one of the hometowns of the Maute matriarch, Farhana. She was arrested in the same town during the siege.

The military and the police warned the terrorists could attempt a repeat of the Marawi siege in another city. Security forces are closely watching Central Mindanao, particularly the Lanao provinces and Maguindanao. 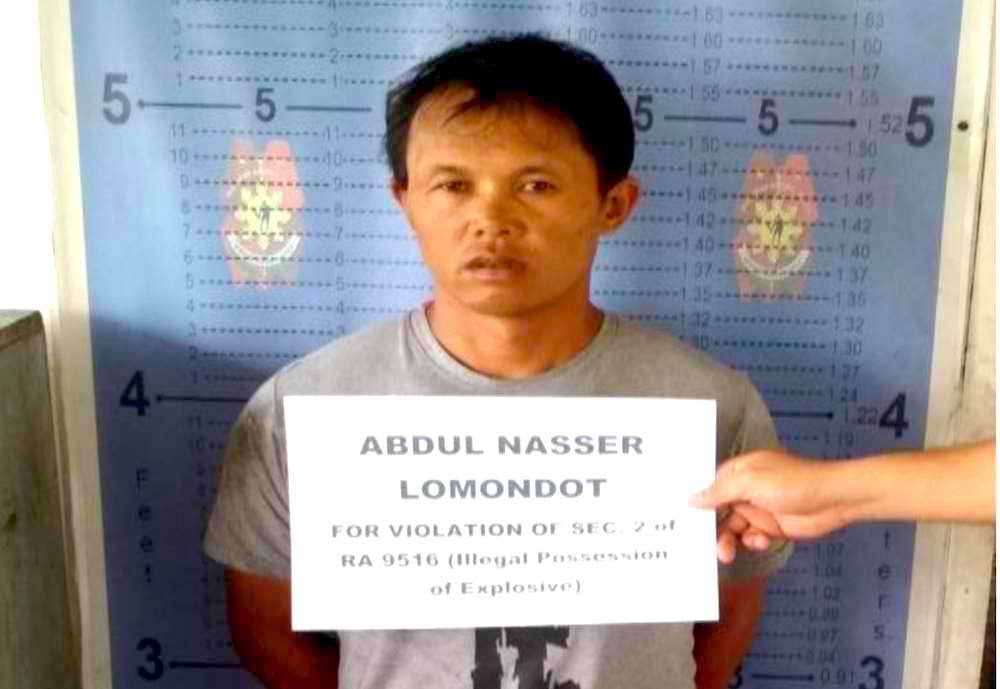 The military said one of the tagged Maute-ISIS subleaders, Abdul Nasser Lomondot, was arrested in Manila on Sunday, March 4, along with his wife Rizasalam.

Manila cops made the arrest based on information from the military.

The military said Lomondot trained with the Maute Brothers in Butig prior to the Marawi siege, where he took part in killing Christian hostages.

Lomondot also reportedly led an attack in Marantao, a town adjacent to Marawi. Suscano said he was believed to be among those who escaped the battle area a month before the siege ended in October 2017.

Security officials said Lomondot is not known to be planning attacks in the capital, but Suscano said it’s possible he might be on a logistical mission.

A .45 caliber pistol and a hand grenade were recovered when he was arrested. – Rappler.com