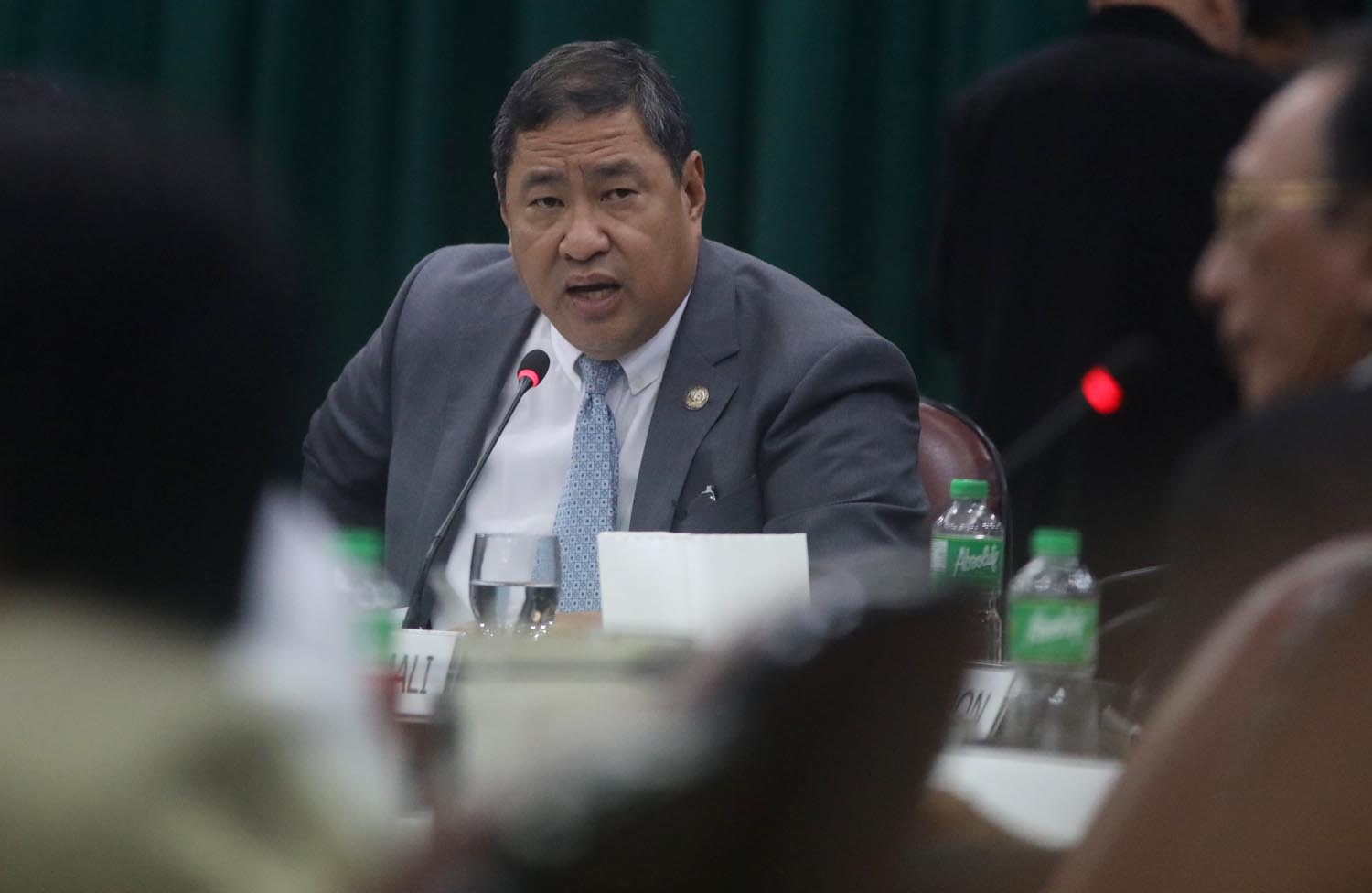 MANILA, Philippines (UPDATED) – By a vote of 38–2, the House committee on justice on Thursday, March 8, deemed an impeachment complaint against Chief Justice Maria Lourdes Sereno as having probable cause.

This means the committee wants Sereno impeached from office. Deliberations on Thursday went on for less than two hours.

A “small working body” from the committee will prepare the committee report, which includes the Articles of Impeachment. They will present this on March 14.

Prior to the vote, House panel chairman Reynaldo Umali, who gave a summary of the findings of the committee, said, “Throughout the probable cause hearing, this committee has gathered sufficient evidence to provide us the ammunition to prosecute this case to victory.”

What’s going on? The committee tackled complaints to impeach Sereno since September 2017. It rejected the first one right away but accepted the second one, filed by lawyer Larry Gadon.

Over 17 hearings, the committee fleshed out the complaints against Sereno, ranging from her tendencies to ignore the Supreme Court en banc, supposed misdeclarations in her Statement of Assets, Liabilities, and Net Worth (SALN), and alleged abuse of privileges as Chief Justice.

The hearings featured testimonies from Supreme Court personalities, including no less than associate justices of the High Court. Her colleagues openly questioned Sereno’s leadership, her decision-making, and even accused her of deception and treason.

Over at the Supreme Court, the en banc reached a “consensus” for Sereno to go on leave.

The committee’s decision isn’t surprising. Umali himself has said that there seems to be enough grounds or reasons to impeach Sereno.

The House is expected to vote on the complaint in May 2018 yet, after it takes a two-month break.

This is because House majority leader and rules committee chairman Rodolfo Fariñas wants the Supreme Court to first decide on a quo warranto petition against Sereno. The petition is a legal remedy filed with the High Court seeking to void her appointment deemed to be illegal.

Why does this matter? The committee vote paves the way for Sereno’s eventual impeachment from office.

Now that the panel has voted on probable cause, the committee will finalize the Articles of Impeachment, which will be taken up before the House plenary.

If one-third of House members vote in favor of the Articles of Impeachment in the committee report, Sereno will be impeached.

Her direct predecessor, Renato Corona, was also impeached, although through direct endorsement by members of the lower House. The Senate later found Corona guilty of failing to declare bank accounts in his SALN.

Should the House impeach Sereno, the complaint will be forwarded to the Senate, which will determine if she is guilty or innocent.

If she is guilty, Sereno needs to vacate her post immediately. If she’s acquitted, she stays.

The impeachment isn’t the only issue the head of the judiciary is facing.

The impeachment hearings have revealed deep cracks in the High Court and both observers and lawmakers agree that, at best, it has become a weakened institution. (READ: [EDITORIAL] #AnimatED: Tragedy at the Supreme Court)

The basis for this? One of the issues uncovered during the hearings: her apparent failure to submit all her Statement of Assets, Liabilities, and Net Worth (SALNs) when she applied for the Chief Justice post.

Ironically, this was not among Gadon’s allegations. The SALN issue emerged because Gadon claimed Sereno failed to be truthful in her declarations. – Rappler.com