Piston to hold transport strike against jeepney phaseout on March 19

Mar 15, 2018 9:06 PM PHT
Aika Rey
Facebook Twitter Copy URL
Copied
Piston, with No To Jeepney Phaseout Coalition, will hold a transport strike from 12:01 am on Monday 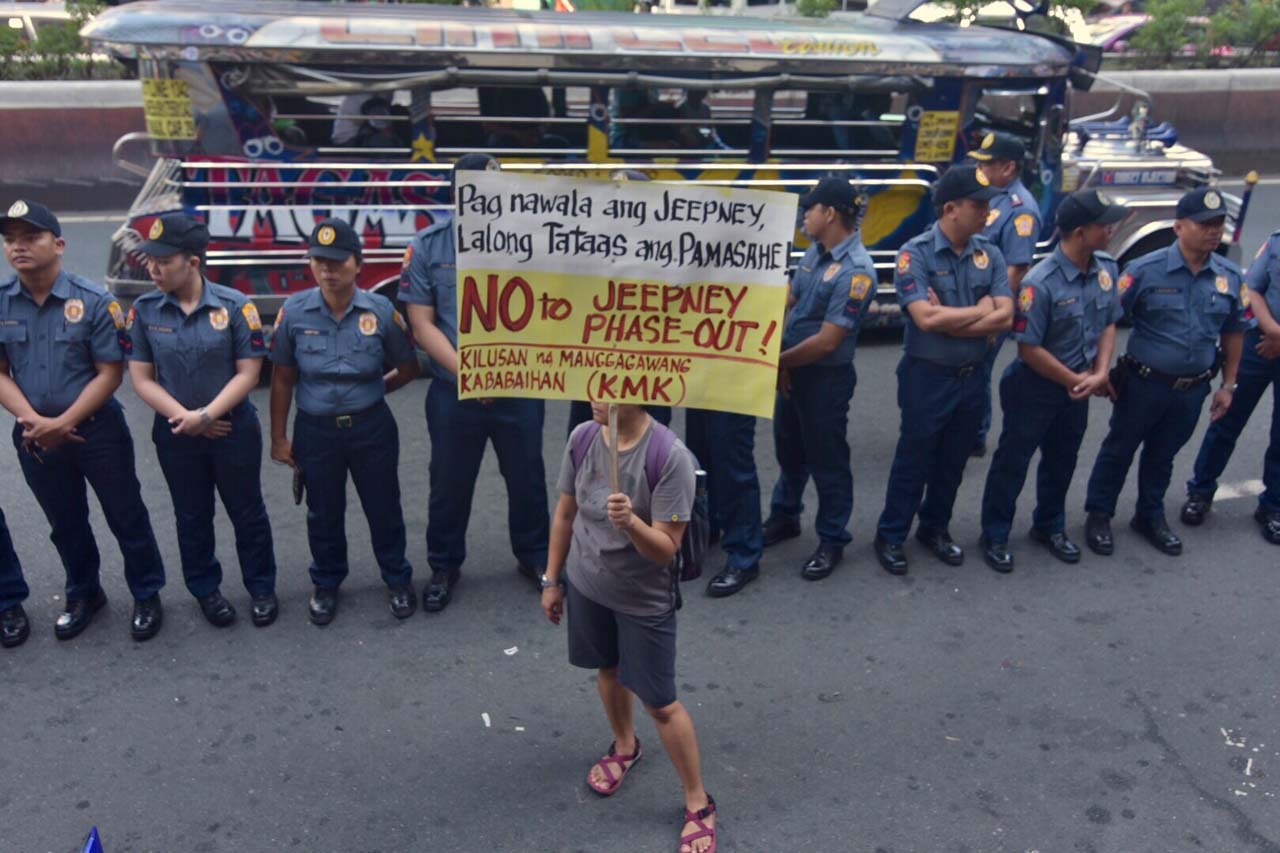 Piston, with No To Jeepney Phaseout Coalition, will hold a transport strike from 12:01 am on March 19, leader George San Mateo told Rappler.

Main rally areas will be held from 6 am to 4 pm at Alabang in Muntinlupa; Novaliches and Cubao in Quezon City; Monumento in Caloocan, and Anda Circle in the City of Manila.

This is the first time Piston will be holding a strike in 2018, but it’s the second specifically done to protest the looming phaseout of old jeepneys since talks of the Public Utility Vehicle (PUV) modernization program started.

Land Transportation Franchising and Regulatory Board (LTFRB) Member Aileen Lizada said government vehicles will be deployed for commuters that will be affected by the strike.

Private buses will also help augment a lack in transportation options and will be charging minimum fare: P10 for non-airconditioned buses and P12 for the air-conditioned ones.

In a House hearing in December 2017, the Department of Transportation (DOTr) said all PUVs would be required to modernize after a 3-year transition period.

The PUV modernization program mandates the phasing out of jeepneys aged 15 years and older and the replacement of non-Euro-4 compliant engines with the new models prescribed by the government. Around 180,000 jeepneys need to be replaced, transport officials said.

But jeepney operators and drivers have argued that PUV modernization would lead to a loss of jobs, and are asking the government to junk the program for being “anti-poor.”

Since 2018 started, the government program “Tanggal Bulok, Tanggal Usok” program apprehended drivers and impounded jeepneys that did not comply to emission and PUV standards set by transportation agencies. (READ: Piston to gov’t: Why phase out ‘deteriorated’ jeepneys when the MRT3 breaks down?) – Rappler.com