Sereno: Other chief justice nominees did not submit all SALNs to JBC 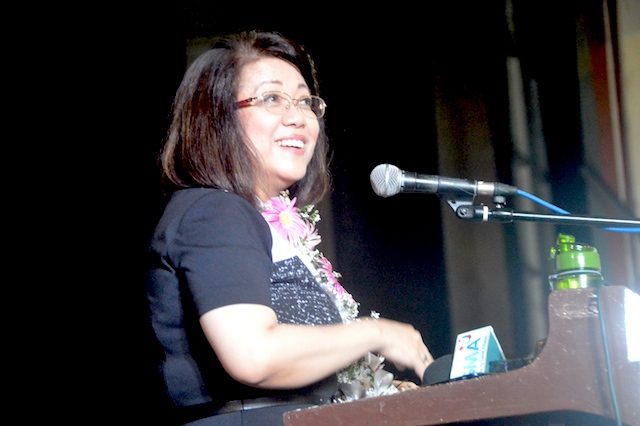 MANILA, Philippines – Chief Justice Maria Lourdes Sereno defended her incomplete submission of Statements of Assets, Liabilities, and Net Worth (SALNs) to the Judicial and Bar Council (JBC) by saying that other Chief Justice nominees in 2012 did not submit all their SALNs too.

Saying that “the submission of the SALNs to the JBC was not an absolute requirement,” Sereno listed down other nominees for the post in 2012 who “failed to submit to the jBC one or some of their SALNs.”

“Nevertheless, they were considered to have substantially complied with the SALN requirement, and hence were interviewed for the position,” Sereno said.

Carpio, De Castro, Brion, Abad and Zamora were shortlisted with her. Sereno said they “were found by the JBC to have been in substantial compliance with that documentary requirement.”

How does this relate to her defense? Sereno said this in her 77-page comment submitted to the Supreme Court (SC) which will deliberate the quo warranto petition to remove her.

This is how she builds up her defense.

Solicitor General Jose Calida, in his petition, said the Constitution requires that a member of the judiciary must have “integrity.”

Sereno said that determining the integrity of a judiciary member is a task “constitutionally committed to the JBC.”

“The issue of whether the Chief Justice was a person of proven integrity is a political question which only the JBC could answer, and it did so in the affirmative when it included the name of the Chief Justice in the shortlist of nominees for the position of Chief Justice,” Sereno said.

The SC en banc has directed Calida to reply to Sereno’s comment within 5 days from notice.

GR 237428 (Republic v. Sereno), the Republic, through counsel, has been directed to submit within 5 days from notice* its Reply to the respondent Chief Justice’s Comment.

How will this play at the SC en banc? The issue of incomplete submission of SALNs is a tricky business in the current climate of the en banc.

In their session on February 20, the en banc required Sereno to explain the letter she sent to the JBC in 2012 asking that she be exempted from the requirement to submit all her SALNs because it’s difficult to find them.

On the next en banc session, February 27, justices pressured Sereno to go on indefinite leave and the tipping point was this very issue, insiders told Rappler.

Some justices felt disrespected that Sereno wouldn’t talk with them about it, when they were her co-equals at the Court.

A reliable source said Sereno has complied with the order to explain, but that she merely said it was moot, seeing that she would answer the same issue in the quo warranto petition.

Meanwhile, the House justice committee has approved 6 articles of impeachment against Sereno, with the SALN issue topping the list. – Rappler.com