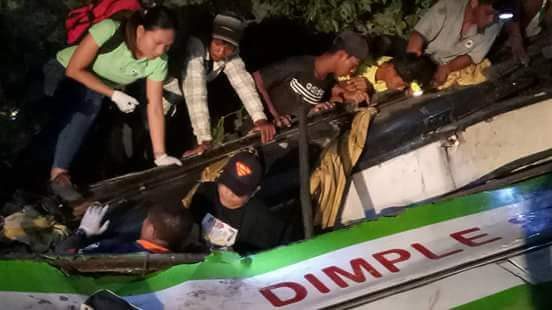 MANILA, Philippines – The Land Transportation Franchising and Regulatory Board (LTFRB) suspended operations of 10 buses of Dimple Star Bus on Wednesday, March 21, after a bus crash in Occidental Mindoro that left at least 19 people dead.

The suspension is for a period of 30 days.

Below are the plate numbers of the suspended buses, operating from San Jose, Occidental Mindoro to Manila via Mamburao, Abra de Ilog:

The LTFRB required Dimple Star to inspect the roadworthiness of its buses and for drivers to undergo a road safety seminar to be scheduled by the board, within the 30-day suspension.

The Occidental Mindoro Provincial Health Office said 15 out of the 19 fatalities have been identified while 17 of the 21 injured were admitted to nearby hospitals.

LTFRB board member Aileen Lizada said financial assistance will be provided to the victims. She asked family members to bring the following requirements to fast-track the release of financial aid:

According to the Passenger Accident Management and Insurance Agency (PAMI), Dimple Star figured in 4 other road crashes in the past 7 years.

In 2014, the LTFRB also suspended Dimple Star after a bus with plate number TYS 454 collided with a 10-wheeler truck along the Southern Tagalog Arterial Road (STAR) Tollway in Barangay Bulacnin, Lipa City. The crash left two people dead and 53 others injured.

See the suspension order below: 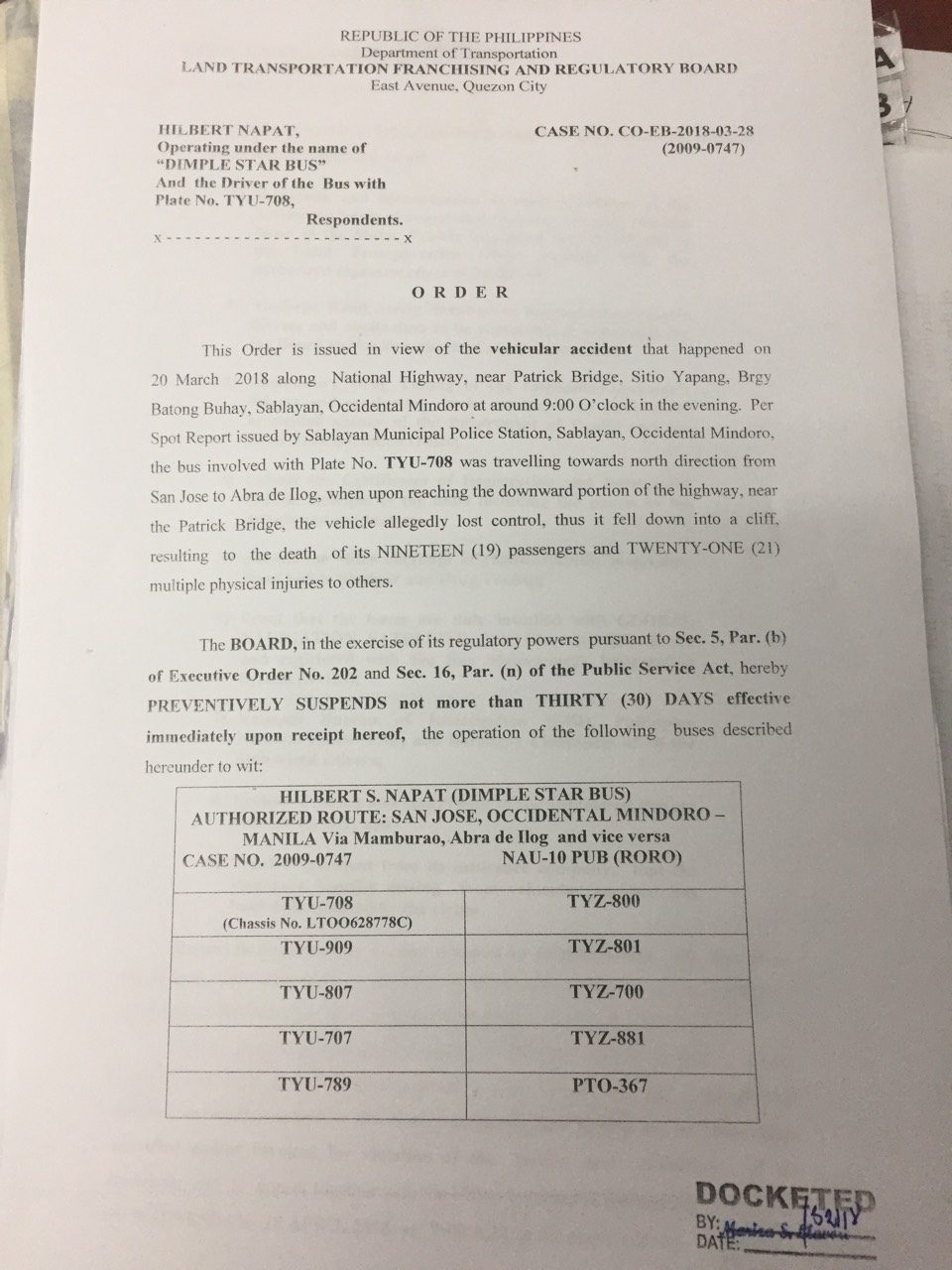 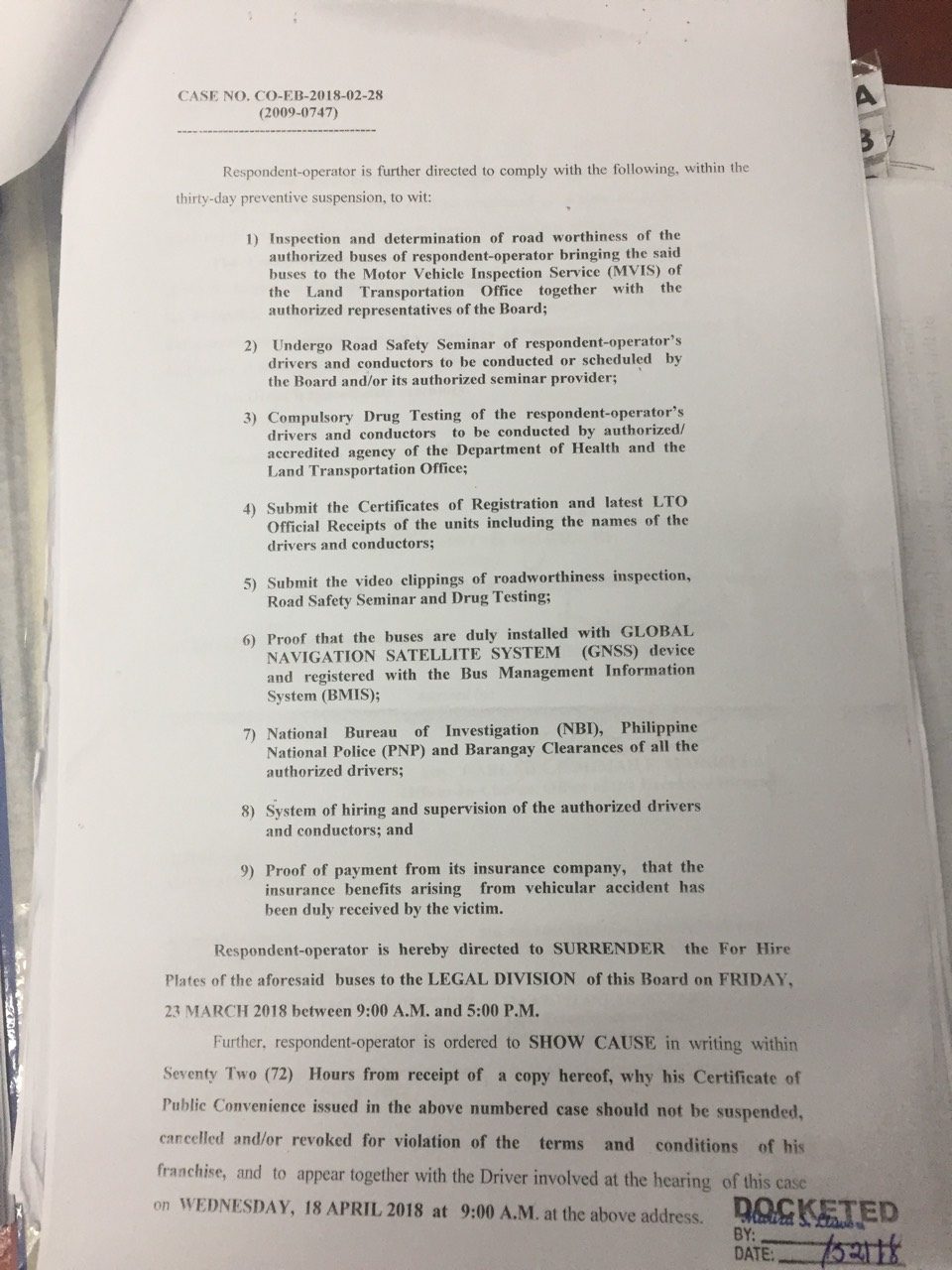