MANILA, Philippines – It was an emotional evening on Holy Thursday, March 29, after Manila Archbishop Luis Antonio Cardinal Tagle washed the feet of 12 migrants, refugees, and displaced peoples during the traditional Washing of the Feet at the Manila Cathedral.

The ritual is a symbol of Christ’s command to love and serve one another. (READ: Listen to stories of OFWs, refugees who left out of love, Tagle urges)

Among those whose feet were washed by Tagle was Marawi priest Father Teresito “Chito” Soganub, who was rescued from the terrorist Maute Group in September 2017 after 116 days in captivity. (READ: Marawi priest Chito Soganub says captivity a ‘test of faith’)

The priest started crying as Tagle began washing his feet. Tagle also put his forehead on Soganub’s forehead at the end of the ritual. Apart from Soganub and the Demafelis couple, the Manila archbishop washed the feet of these 9 other individuals: 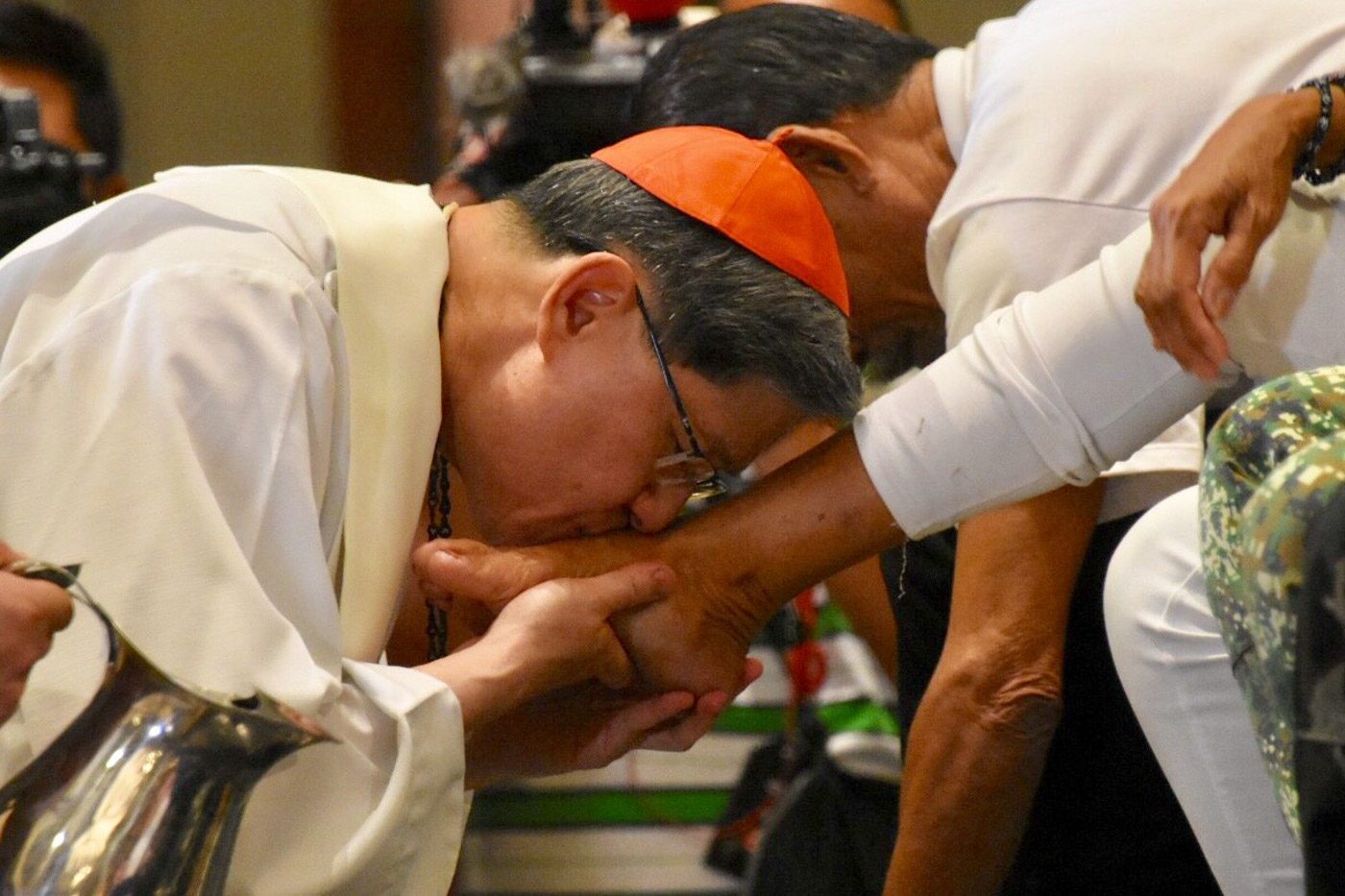 The chosen 12 were caught on video getting emotional as Tagle kneeled in front of them to wash and kiss their feet. Many of them were in tears.

In his homily, Tagle called for solidarity with OFWs and refugees who left their homes because of love.

“Sila ay kapatid. Sila ay kamanlalakbay. Sa kanilang paglisan, sana hindi sila mag-isa. Samahan sila sa paglalakbay,” he added. (They are our brothers and sisters. They are travelers like us. When they leave, may they not be alone. Join them in their journey.) – Rappler.com