Apr 2, 2018 6:45 PM PHT
Pia Ranada
Facebook Twitter Copy URL
Copied
The President warns he would look into the bank's finances after challenging it to provide tractors to farmers' cooperatives all over the country 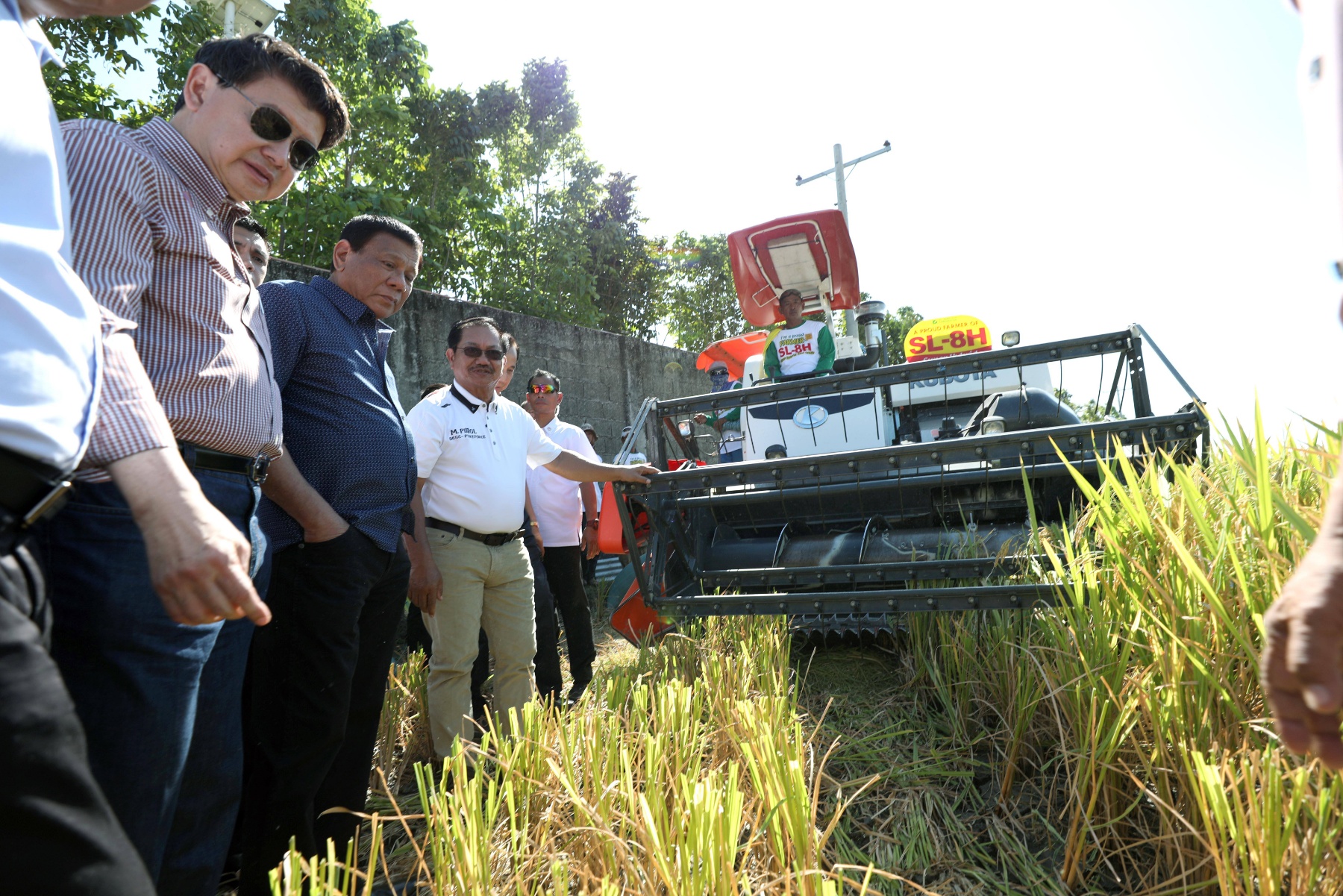 MANILA, Philippines – President Rodrigo Duterte challenged the Land Bank of the Philippines (Landbank) to provide loans to more farmers after assailing it for operating more like a commercial bank.

“Ang Landbank, which is to be land – yuta – bank, bangko para sa farmers and yet it has rambled on like a commercial bank. ‘Yung pera na ‘yan, bitawan na ninyo, give it to the farmers,” he said on Monday, April 2, in Sultan Kudarat.

(Landbank, which is supposed to be for the farmers, yet it has rambled on like a commercial bank. That money, let it go, give it to the farmers.)

Duterte was speaking in front of hundreds of farmers about to receive Certificates of Land Ownership Award from the government.

The President wants the state-run bank to find ways to extend credit to more Filipino farmers, saying limited access to credit is one reason why smallholder farmers aren’t able to level up their production and income.

“I am urging the Landbank to look for ways and means na makarating kayo doon sa farmers (for you to get to the farmers),” said Duterte.

He also warned he would “look into your (Landbank’s) finances” and demanded that farmers’ cooperatives should each get tractors from the bank.

“Maybe I will look into your finances. The cooperatives here and all over the Philippines should be given at least one or two tractors to till the land,” he said in a mix of English and Filipino.

The firebrand President warned against any form of corruption by those who steal loan payments of farmers.

“The problem is when you give credit and you ask for something in return, it is not really freely given because there’s a fee and that fee does not go to government but to someone else’s pocket,” said Duterte.

In December 2016, Landbank committed to triple lending to farmers and fishermen to P115 billion by 2022, from P37.9 billion. – Rappler.com