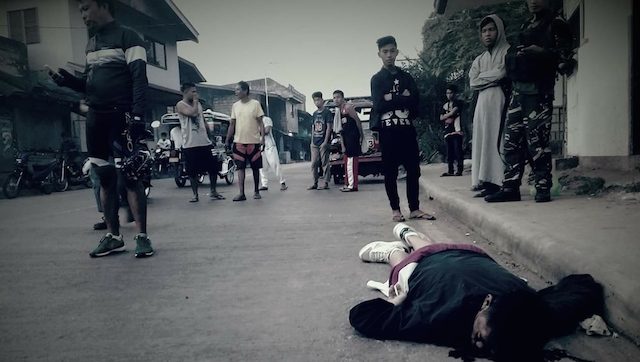 BASILAN, Philippines – A police officer was shot dead as he took his early morning jog in Isabela City of Wednesday, April 4.

Basilan Provincial Police Director Senior Superintendent Rufino Inot said that Police Senior Inspector Aristedes Marinda was on his usual jog along Rizal Avenue in Barangay Aguada at around 5:35 am when an unidentified man shot him in the head using a caliber 45 gun.

Last year, President Rodrigo Duterte ordered the reassignment  of some 200 policemen – mostly accused of minor offenses, some charged with extortion, robbery, and drug-related offenses – for deployment to Mindanao conflict areas.

(I need cops in the South. We lack cops in Basilan because stations there are under constant attack; no one is left. All of you here, you are now part of Task Force South, I’ll send you to Basilan. Live there for two years.)

Prior to his reassignment, Marinda was part of the Philippine National Police anti-illegal drug operations.

In 2015, Marinda was among the 13 cops who received the “Medalya ng Kagalingan” or merit medals from the Department of the Interior and Local Government for a successful drug buy-bust operation of the Regional Anti-Illegal Drugs Special Operations Task Group – National Capital Region Police Office. – Richard Falcatan / Rappler.com