CHEAT SHEET: What to expect from Boracay closure 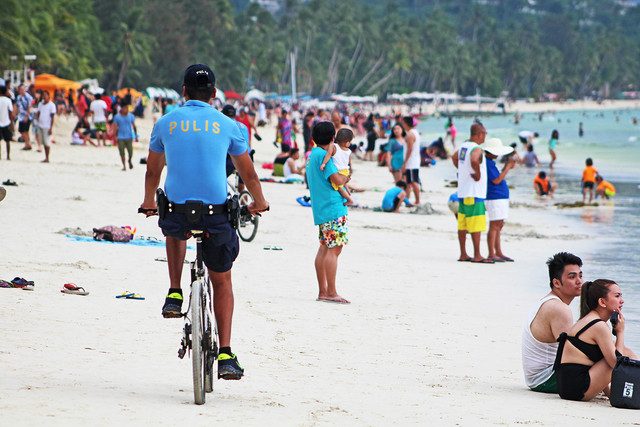 Facebook Twitter Copy URL
Copied
From a possible 'soft opening' in 3 to 4 months to demolition of illegal structures, here's what you need to know about the impending closure of the popular tourist spot

MANILA, Philippines – After President Rodrigo Duterte ordered the closure of Boracay to tourists starting late April, key government officials answered questions from the media about what lies in store for the popular tourist destination.

For how long will Boracay be closed to tourists? The closure will begin on April 26. The 6-month period announced on Tuesday is the maximum period. If the clean-up of the island goes smoothly and is sped up, there could be a “soft opening” of Boracay to tourists in “3 to 4 months,” said Densing.

Boracay is being closed from what? Boracay will be closed to foreign and local tourists. Entry and exit of residents will not be barred. The government said it will find a way to help tourists who had already booked tickets and hotel rooms in the island during the period covered by the closure.

This could be done with the help of the private sector, for example, airlines that are willing to refund or rebook plane tickets to another destination. Tourism Secretary Wanda Teo will also talk to tourism operators to convince hotels and resorts to refund hotel room payments or rebook their rooms for a later date.

What will happen during the 6-month closure? Before April 26, Duterte is expected to declare a state of calamity in Boracay to facilitate quicker release of funds for the clean-up.

Late April to August would be devoted to “validating” each establishment’s compliance to environmental rules and regulations, especially those pertaining to the proper disposal and treatment of sewage and garbage.

A bulk of the work will be fixing the sewerage system and garbage disposal system of Boracay. The 3 sewerage lines will be rehabilitated and new water treatment facilities will be built.

What about the businesses and livelihood of locals? It’s not yet clear if establishments confirmed to be compliant to regulations will enjoy certain perks.

But Duterte specified that calamity funds would be used to help individuals whose livelihood will be affected by the closure. These funds should not go to businesses, he said. The Department of Labor and Employment has assured affected individuals that an initial 5,000 people will be paid minimum wage.

Roque also said that the amount of manpower needed for the clean-up itself could very well provide jobs for those workers.

What awaits violators? Owners of establishments proven to have violated laws may face cease and desist orders and even criminal cases.

How about local government officials who helped violators? The Department of the Interior and Local Government is also investigating local government officials who may be responsible for or complicit in the violations of the private sector. Administrative or criminal cases will be filed on or before April 14, the start of the election gun ban and prohibition on use of police bodyguards. – Rappler.com