A painful homecoming for Marawi evacuees Facebook Twitter Copy URL
Copied
'We were hoping for something better, but now the reality just hit us. This is really sad, but this is life,' says Muktar Usman Apon as he gathered scrap metal and other items in their destroyed home that they can sell to the junkyard

MARAWI CITY, Philippines – It was an emotional and painful homecoming for about a thousand families who were allowed to return to their homes in Marawi nearly a year after a terrorist attack forced them to flee their city.

The families live in Sector 2 of the most affected area (MAA) of the Marawi war. Sector 2 is composed of at least 4 barangays near Mapandi Bridge, site of some of the most intense ground battles and aerial bombings against the Maute Group, an Islamic State (ISIS)-affiliated terror group seeking to establish an Islamic caliphate in the Southern Philippines.

Vehicles of returning residents inched in traffic that stretched for at least two kilometers from the city’s main entrance up to the Mapandi Bridge. Some residents left their temporary shelters as early as 3 am to avoid the traffic, but the military only allowed their entry at daybreak.

Task Force Bangon Marawi allows 7 members of each family from Sector 2 to visit their homes.

Most of the residents came in rented multicabs, tricycles, and trucks, while the wealthier ones rode in 4-wheel drive vehicles, the Maranaos’ preferred ride. 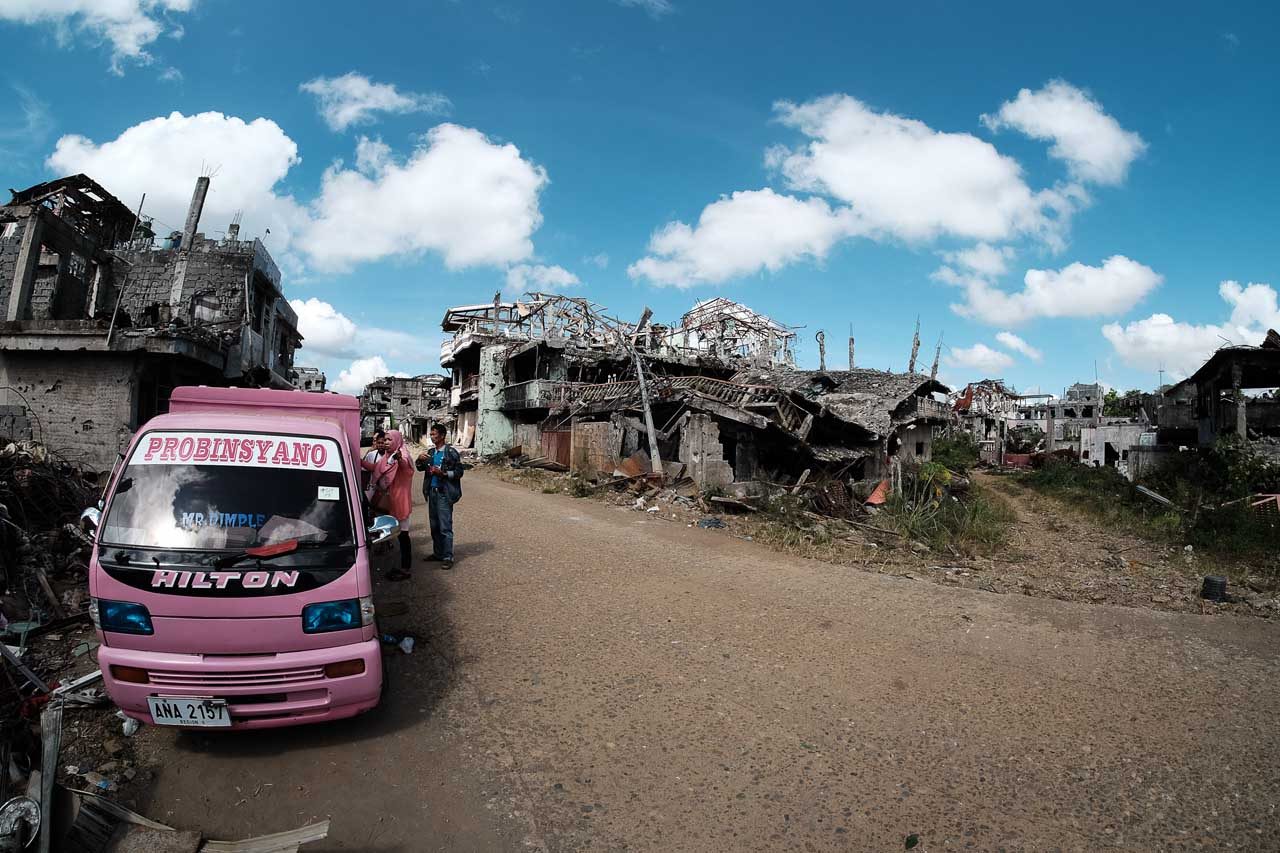 Haj Mohaymen Ampuan tried to hold back tears when he saw his home for the first time since he fled the city with his family on May 23, 2017.  Their home was pockmarked with bullet holes. The ground floor of their 3-story building, the site of their grocery, was burned down.

Ampuan recalled that a day before the siege began, he had just completely restocked his grocery in preparation for Ramadan. (IN PHOTOS: 148 days of war in Marawi City)

“Now it is all gone! Why did this happen to us?” Ampuan asked as he wiped his tears.

As his family rummaged through the debris, one of his sons said: “What’s the lesson here? War has no religion.” Jeddah-based jewelry salesman Faruok Usman  Datumanong and his family are luckier than others. His home was looted but remains intact, with a few pieces of furniture left behind, perhaps too heavy for the thieves to haul out.

“This a product of decades of working hard in Jeddah. Now we have to start all over again. We are luckier than others, we just need to repaint this,” Datumanong said.

Most residents of Barangay Daguduban were unlucky. 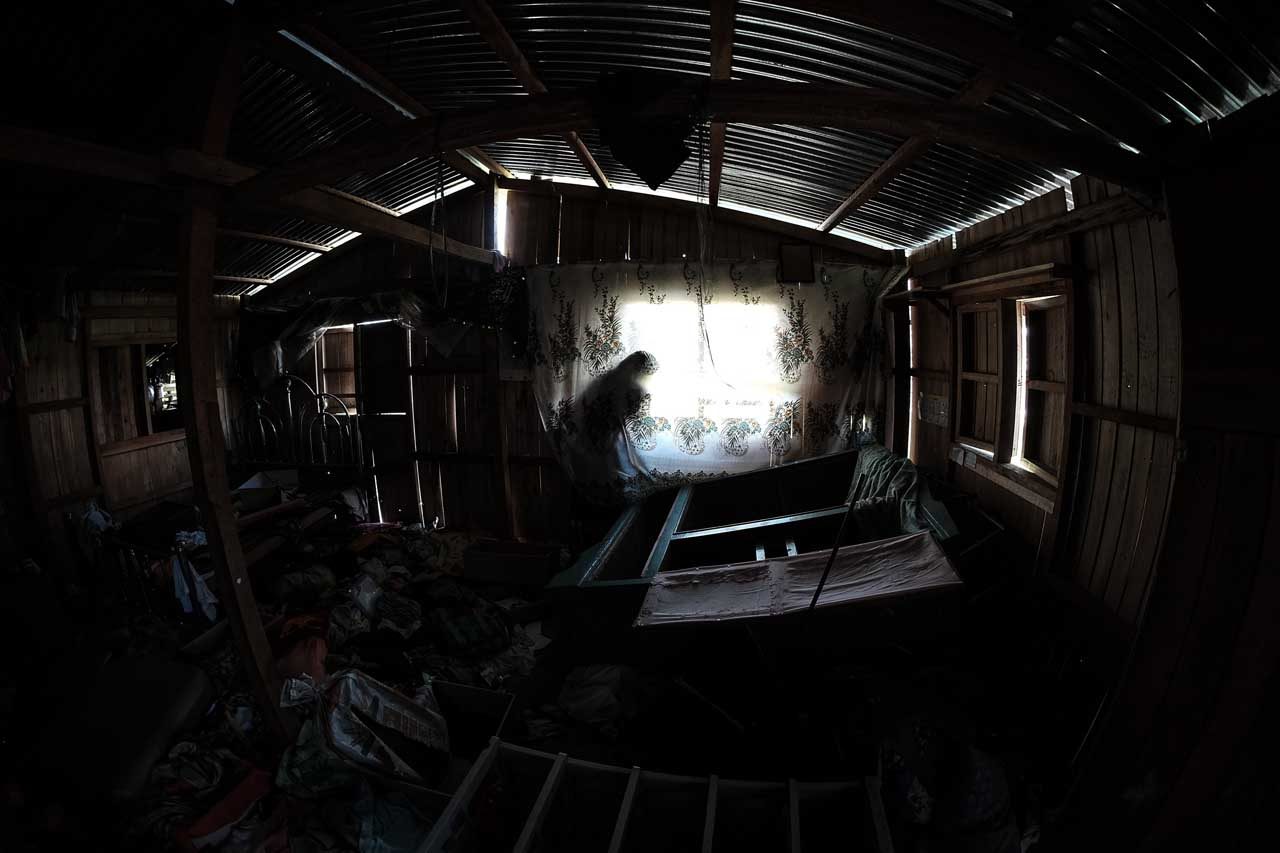 Some came in rented vehicles, hoping that they can salvage anything. Monera Tambug Macabago, along with her old neighbors, rented a multicab together to save some money.

They arrived to homes reduced to rubble.  “There is nothing to recover but junk,” Macabago said.

Macabago salvaged the frame of their burnt motorcycle so she can sell it at the junkyard and pay her share of the multicab rental.

The other women also managed to retrieve items to be sold at the junkyard – gas tanks, roof sheets, and a few broken plastic chairs. Totally gutted – that’s how Samiara Gondarangin felt, reflecting the state of her home. She wept quietly as she surveyed what was left of her home – rusted corrugated roofing scattered on the ground, charred wood, and two useless sewing machines.

Her son-in-law, Muktar Usman Apon, salvaged every piece of junk he could find in their property to sell to the junkyard so they can pay their rented tricycle.

“We were hoping for something better, but now the reality just hit us. This is really sad, but this is life,” Apon said.

Haj Usman Ibrahim and his family visited the house of their Cebu-based son. The floor was littered with shattered glasses that melted under intense heat. (Marawi in 360: Inside the War Zone) 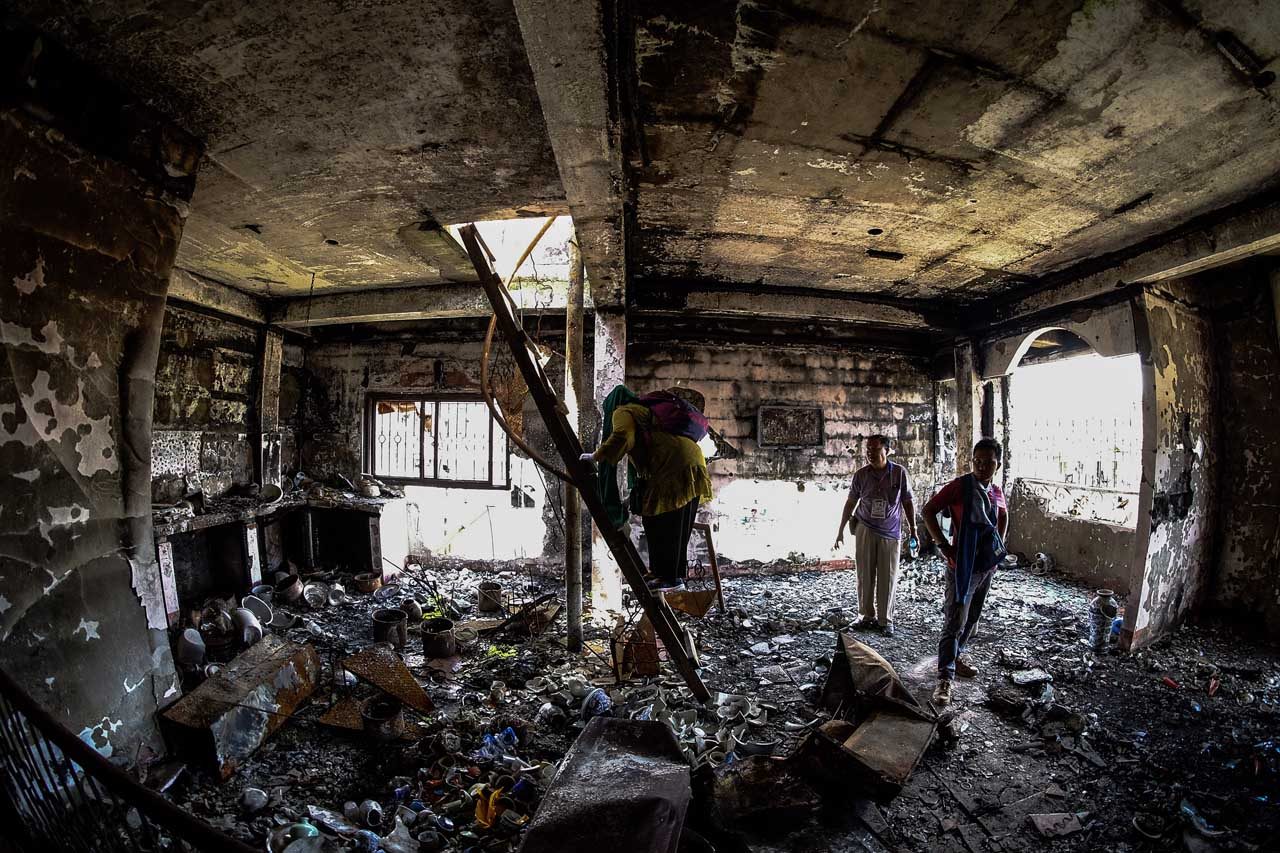 Ibrahim’s daughters picked up usable items – porcelain, glasses, plates.  “These are memories of our old homes,” one daughter said.

Everything in Sector 2 had been destroyed – commercial centers, hospitals, houses, schools. (IN PHOTOS: The ruins of Marawi)

In the coming days, more residents will be allowed entry for 3 days in each sector to salvage anything of value.

On May 10, 2018, authorities will begin debris-clearing operations and the MAA will be closed again.

After the clearing operations, the reconstruction will begin. No one can tell when the residents would be allowed to reconstruct their homes. (READ: No date set for Marawi residents to rebuld their homes) – Rappler.com