Apr 6, 2018 6:01 PM PHT
Natashya Gutierrez
Facebook Twitter Copy URL
Copied
(UPDATED) While the description calls to mind President Rodrigo Duterte, it could not have been him 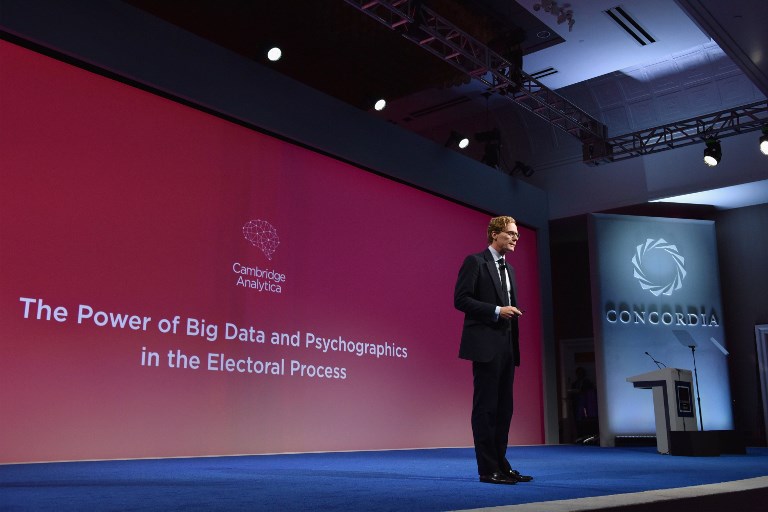 MANILA, Philippines (UPDATED) – About half a decade before Cambridge Analytica hit news headlines for its role in interfering in the US elections, its parent company was already pulling strings in the Philippines.

Strategic Communication Laboratories (SCL), the parent company of Cambridge Analytica, claimed it influenced elections in 32 countries across the world as early as 2013 – including the Philippines. SCL was founded in 1993.

In a 2013 brochure published by SCL, the firm claimed rebranding “an incumbent candidate” into a “strong, no-nonsense man of action” using the “crosscutting issue of crime.”

SCL said that the client was a candidate for “national elections” and that the firm rebranded the client based on “qualities such as toughness and decisiveness.”

While the description calls to mind former Davao City mayor and strong man Rodrigo Duterte, it couldn’t have been him. He ran for a national post only in 2016 – or 3 years after SCL’s brochure was published.

The blurb does not mention the name of the candidate, but national elections in 2013 were only for senatorial and congressional positions. It could also have been referring to earlier elections, such as the 2010 polls – the earliest record so far of SCL claiming a Philippine client.

The SCL Group was founded in the United Kingdom in 1993. But it wasn’t until October 2012 that it registered a subsidiary named SCL Elections, which was focused on new technology that can be used for campaigns. All company shares were owned by Alexander Nix, the now suspended Cambridge Analytica chief executive officer who, according to a Quartz report, had “boasted about influencing elections in Southeast Asia and elsewhere.”

At that time, in 2013, Nix was already the director of the SCL Group. His recent suspension came after recordings emerged in which he boasted of his data company playing an expansive role in Donald Trump’s 2016 campaign.

Started in 2013, Cambridge Analytica is the communications firm at the center of a global scandal, amid allegations it harvested data of millions of Facebook users for Trump’s presidential campaign. The end goal was to create software to predict and influence voters’ choices at the ballot box.

After 2013, the involvement of SCL in the country’s later polls continued. (READ: Did Cambridge Analytica use Filipinos’ Facebook data to help Duterte win?)

In 2015, Nix came to the country for “research,” and at an event, talked about “new strategies and tactics that are products of behavioral microtargeting, psychographic profiling, predictive analytics, and many other modern tools.”

Psychographic profiling and behavioral microtargeting were the precise techniques used by Cambridge Analytica in the Trump campaign, and presumably in the 2016 Philippine elections.

In a post by Facebook’s Chief Technology Officer Mike Schroepfer on Wednesday, April 4, he said that about 1,175,870 Filipino users may have had their Facebook information improperly shared with Cambridge Analytica. 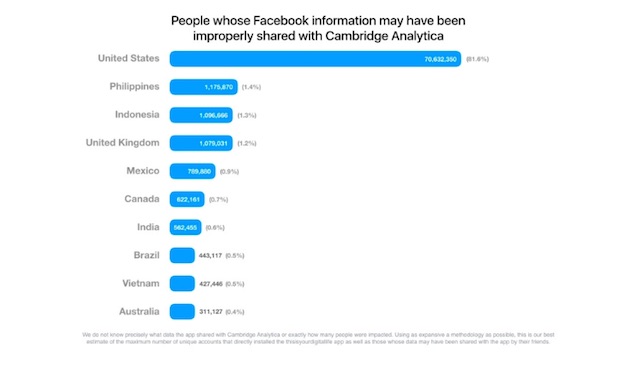 The Philippines is only behind the United States in terms of the number of people whose data was compromised.

It was in 2014 when Cambridge Analytica acquired the Facebook data they used for the 2016 elections. – Rappler.com