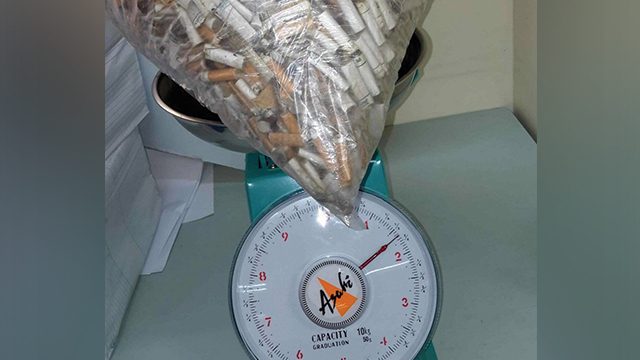 People took interest when they read that SBMA is buying dry cigarette butts for P300 per kilo. Most of those who commented expressed surprise (“Is this true?”), while some were curious about the campaign (“What will you do with the cigarette butts that you are buying?”).

The Heaviest Butt Campaign, which was meant to be a local campaign, has caught national and international attention. People as far as Metro Manila, Laguna, La Union, Baguio, Cagayan de Oro and Davao are asking how and where they can send their cigarette butts.

“We are very happy that our campaign has gone viral and is catching the attention of a lot of people. We are hopeful that the study in which these cigarette butts will be used on would turn out positive as well,” SBMA chairman and administrator Wilma Eisma said.

The Heaviest Butt Campaign was first conceptualized in response to observations that cigarette butt is one of the top 3 items collected during the yearly International Coastal Cleanup in Subic Bay.

Statistics showed that about 4.5 trillion cigarette butts are littered worldwide every year.

Cigarette butts cannot be recycled because of the smell, as well as the toxins they contain such as lead, arsenic, and cadmium. Data says it takes up to 10 years for cigarette butts to decompose; in the meantime, they contaminate our soil and waters.

SBMA Ecology Center has partnered with a local company that designed its own machine for garbage recycling and upcycling.

The cigarette butts collected through the Heaviest Butt Campaign will be given to the company as materials for testing and study to see if it is possible to remove the smell and the toxins so that these could be upcycled into bricks or hollow blocks.

The SBMA Ecology Center is collecting 20 to 60 kilograms of cigarette butts for the said study.

“We hope that with these campaigns, there will eventually be behavioral change among its stakeholders in order to promote environmental responsibility,” Eisma said.

She added: “It aims to strengthen partnership and collaboration with the local community in keeping a clean and healthy Subic Bay Freeport Zone as the place of choice to live, work, and play.” – Rappler.com