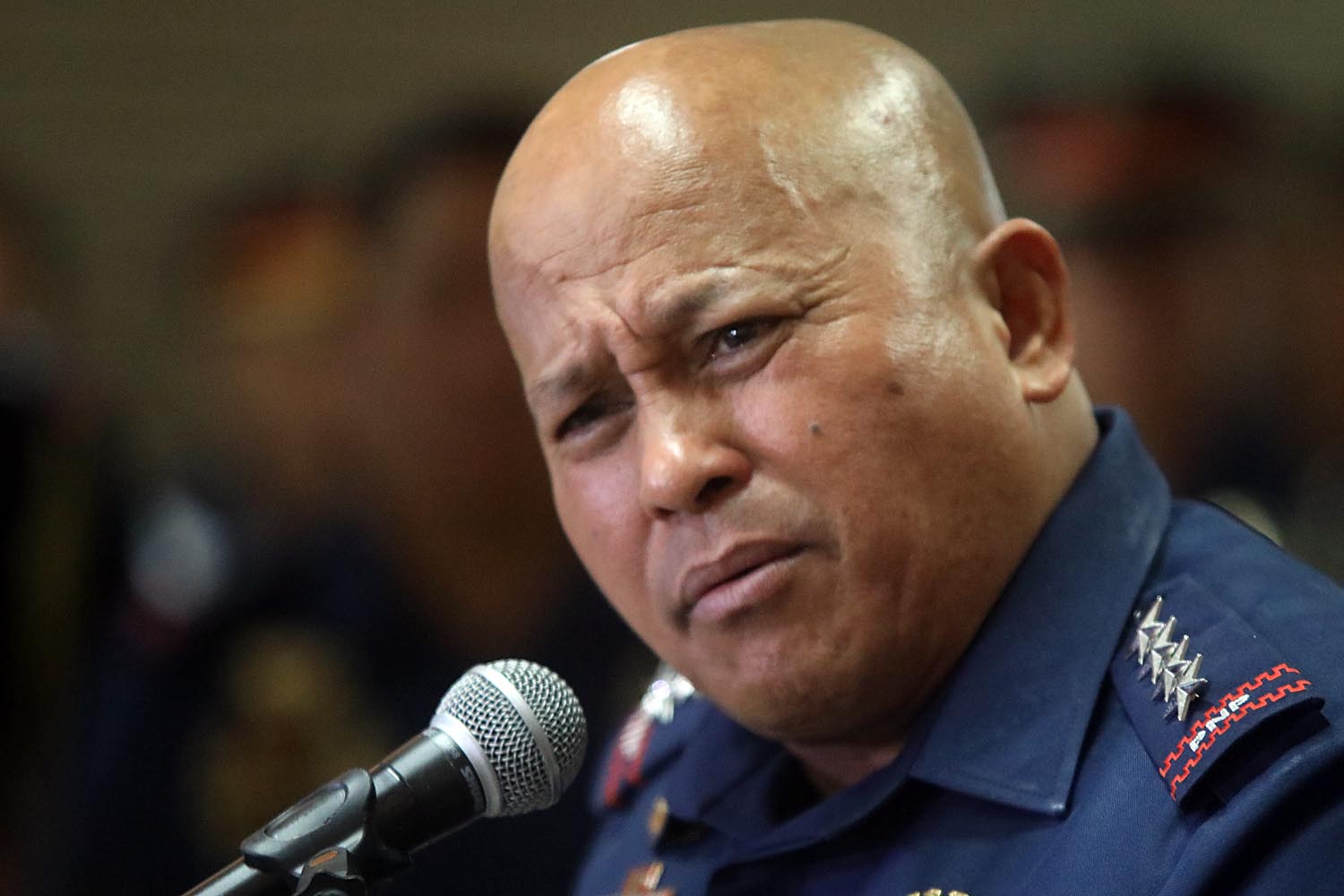 MANILA, Philippines (UPDATED) – Retiring Philippine National Police (PNP) chief Director General Ronald dela Rosa dared international watchdog Human Rights Watch (HRW) to file a case against him in court to prove its allegation that he is leaving the PNP with a “sordid human rights record unmatched since the Marcos dictatorship.”

Instead of the thousands of drug personalities killed in anti-drugs operations and thousands more killed for alleged extrajudicial killings, Dela Rosa implored the HRW to look at the 87 law enforcers killed in the line of duty in the name of the government’s unrelenting anti-drugs campaign. (READ: Drug war in 2017: The year of deaths and denials)

The retiring top cop also gave the challenge to other groups who are accusing him of human rights violations. (READ: The Impunity Series)

“Handa akong harapin ‘yan lahat (I am ready to face all of that),” he said.

Dela Rosa made the dare even as the Supreme Court of the Philippines was hearing a petition, alleging that the PNP’s Oplan Double Barrel had left room for abuse, allegedly leading to a high death count. The SC is currently deliberating on the case, waiting for the PNP to share campaign files for scrutiny.

Dela Rosa is leaving the police service on Thursday, April 19, 3 months after his mandatory retirement date of January 21.

He was extended in his post by President Rodrigo Duterte, who considers him as his most trusted cop.