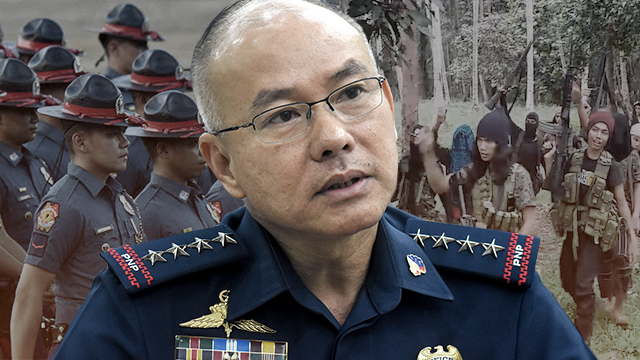 MANILA, Philippines – The Philippine National Police (PNP) is now preparing a blueprint to fight terrorism in the country, and according to PNP chief Director General Oscar Albayalde, it will be intelligence-driven.

“Actually it’s (counterterrorism plan) being developed now. Number one is we really have to improve on it (counterterrorism efforts). Most of the time we rely so much [upon] the Armed Forces of the Philippines and of course our foreign counterparts,” Albayalde told Rappler in an exclusive Camp Crame interview broadcast on Tuesday, April 24.

“We really have to improve on this. We have to train people on this, because this is quite new to the PNP,” Albayalde admitted.

Why this matters: Once the plan is finished, Filipinos can expect cops to be more aggressive and organized in monitoring suspected terrorists in the country, with the aim of preventing attacks rather than preparing for only the time they strike.

“You can counter terrorism basically by countering it by intelligence. You can prevent it from happening really…You can only prevent those attacks through intelligence,” stressing the importance of clean intelligence work.

Talks of preparing a counterterrorism police “Oplan” (campaign plan) have been going around inside Camp Crame as early as when the Marawi siege erupted in May 2017, prompting the PNP’s top officials to re-evaluate their current case-to-case approach of investigating terror suspects.

The Oplan is confidential, according to Albayalde, as publishing it would predictably compromise the counterterrorism operations it organizes.

What we know is that the plan will also facilitate closer relations with police forces of other countries. “Terrorism is a global issue,” Albayalde explained during the interview. – Rappler.com