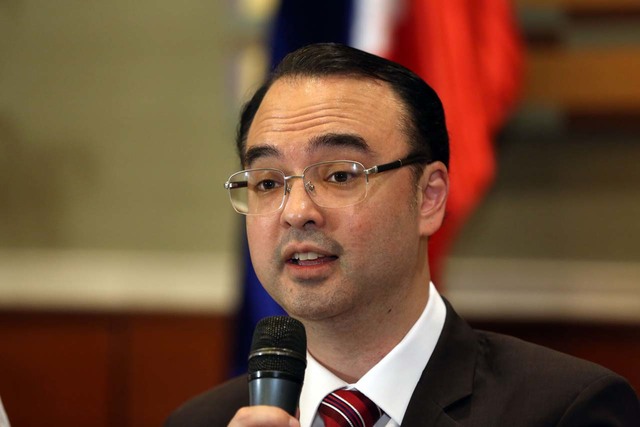 MANILA, Philippines – The Philippine government remains “convinced” that the controversial rescue operations of overseas Filipino workers (OFW) in Kuwait were part of its “rightful exercise” of duty to protect nationals abroad.

This was the latest statement of Foreign Secretary Alan Peter Cayetano on Saturday, April 28 over the Philippine embassy’s allegedly illegal rescues of abused OFWs in Kuwait last week.

“We remain convinced that the actions we took in Kuwait are a rightful exercise of our duty under international law to protect our nationals abroad,” Cayetano said. (READ: Kuwait ‘OFW rescue’ government’s duty, says DOLE’s Paras)

According to the Department of Foreign Affairs (DFA) chief, the Philippines is now in discussions with Kuwait to address “concerns” over the rescues, videos of which were released by the DFA. The videos later went viral.

This angered the Gulf state, leading to the expulsion of Philippine Ambassador Renato Villa.

Cayetano said the Philippines will be guided by President Rodrigo Duterte’s policy to consider the protection and welfare of OFWs as “paramount.”

“The Department of Foreign Affairs and the Department of Labor and Employment have been carrying out this policy by ensuring that we always come to the aid of Filipinos in distress anywhere in the world. The policy — and our resolve to pursue it — will not waver,” Cayetano said.

He said the Philippines is committed to work with Kuwait to find ways to strengthen their bilateral relations.

“We are committed to find a way with our counterparts in Kuwait to achieve our shared goal of strengthening our bilateral relations based on what we hope would be a common desire to ensure the well-being of our kababayans (countrymen) there,” he said.

Cayetano added, “If we reach agreement on this, the ties between our two countries would become stronger than ever.”

The DFA chief then asked the media and the public to give them a “kind understanding” and the “diplomatic space” to resolve the issues.

Duterte himself will personally announce the Philippines’ position on the Kuwait crisis upon his return to Davao City from a regional summit in Singapore. – Rappler.com