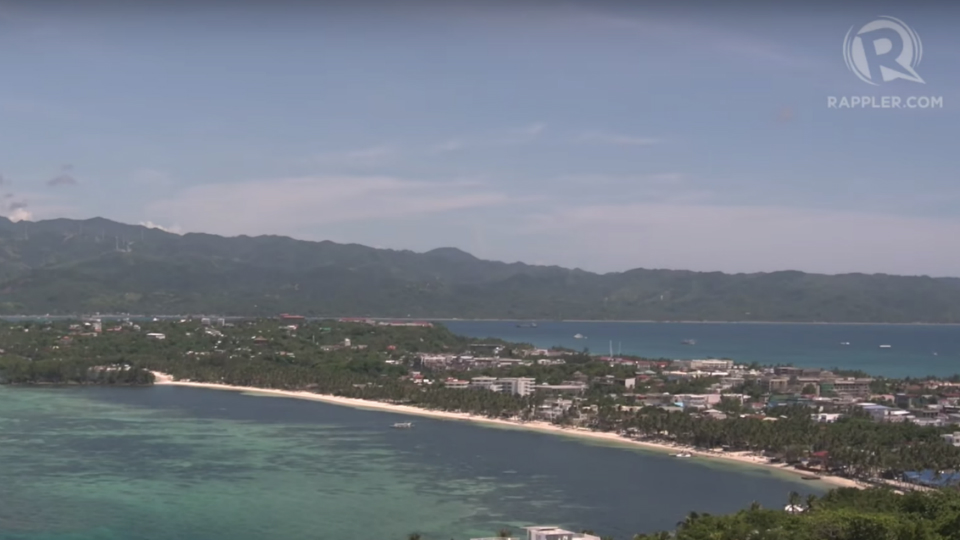 MANILA, Philippines – More than 400 hectares of land in tourist hot spot Boracay may be included in the agrarian reform program of the government if President Rodrigo Duterte gives such an order, said the Department of Agrarian Reform (DAR) on Monday, April 30.

In a press briefing, Agrarian Reform Secretary John Castriciones said “there are no marching orders yet” from Duterte but it would be implemented if “the President says so.”

“If the order of the President is concerned, it’s valid and legal if the plan is to convert it to agricultural land. That can be done,” Castriciones said.

According to DAR, there are a total of 628.96 hectares of agricultural land in the island, only 220.45 hectares of which were converted for other purposes. That leaves some 408.51 hectares to be placed under land reform. (FACT CHECK: Is Duterte right that Boracay is agricultural land?)

Asked whether DAR is willing to demolish developed structures in the tourist hot spot, Castriciones said they will only follow their mandate which is to distribute land to farmers. He said they will leave any demolition activities to other government agencies.

“As far as land is concerned, our main mandate is to process the distribution of land to farmer-beneficiaries and to identify the so-called farmer-beneficiaries. We will abide faithfully by the provisions of the law,” the agrarian reform chief said.

Castriciones added that some 15.5 hectares of agricultural land are available to be immediately distributed to 84 beneficiaries who were identified during an inspection in the island late April.

Signed by then president Gloria Macapagal Arroyo in 2006, Proclamation No. 1064 classified Boracay as forestland (for protection purposes) and agricultural land (alienable and disposable).

The proclamation’s validity was later affirmed by the Supreme Court (SC).

Agrarian Reform Undersecretary David Erro said structures constructed on the 400 hectares of agricultural land are considered illegal, as DAR had not allowed the lands to be used for other purposes.

If the President orders that agricultural land be distributed to farmers immediately, Erro said the Department of Environment and Natural Resources (DENR) must issue a Deed of Transfer of Rights to DAR first. Only then can the process of distributing land begin.

“There was an inter-agency meeting, but there are no formal talks yet,” Erro said.

Asked whether the land would be productive even after structures had been built, Erro said they have to work with the Department of Agriculture (DA) to ensure the productivity of the soil.

Boracay had been closed to the public beginning April 26, after Duterte ordered that it be shut down due to environmental problems. (WATCH: What Boracay looks like after it was closed down)

Prior to the closure, the President admitted he has no master plan for Boracay. He said he would rather “give the land to the farmers.”

With most residents and workers heavily dependent on the island’s tourism economy, many were displaced by the closure, with some settling for the P323-per-day job offered by the government. – Rappler.com