Leave Kuwait? Domestic helpers willing, but not the skilled workers 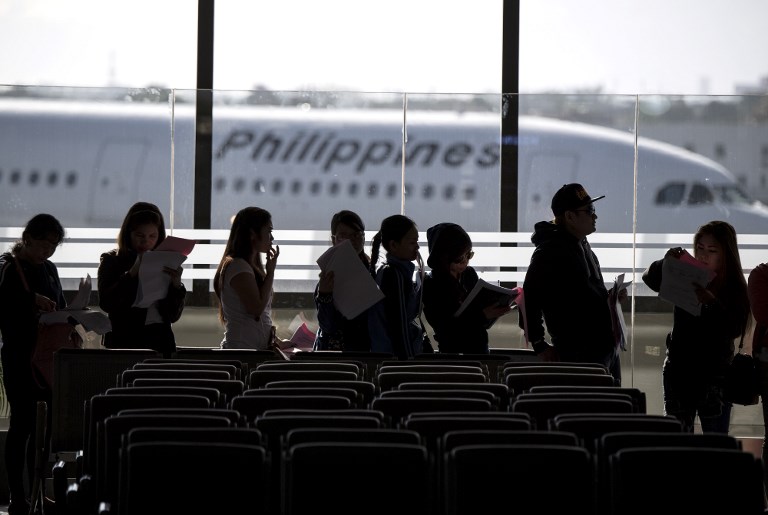 MANILA, Philippines – “Kung ‘yan ang desisyon ng Pangulo, why not?” (If that’s the President’s decision, why not?)

If asked to leave Kuwait to come back to the Philippines, 38-year-old domestic helper Grace Tolentino said she would just go home.

Living in Kuwait for almost 3 years now, she’s seen firsthand the travails of the overseas Filipino worker (OFW) in Kuwait, which are not lost on President Rodrigo Duterte himself.

This poor working condition, along with recent cases of OFW abuse, are behind Duterte’s decision to ban the deployment of Filipino workers to the Gulf country, and to eventually urge OFWs there to come home.

“Para matauhan sila, kasi Pilipina lang nakakagawa ng sabay-sabay na trabaho dito,” Tolentino said when asked why she agrees with the President. (To bring the employers to their senses, because only Filipinas are able to multitask here.)

Thank you Duterte, but…

Another domestic worker, 48-year-old Eva Pulma Alfarero, shared the same sentiments. She welcomed the President’s decision, and is thankful for finally having a President who “really cares about OFWs.”

While Alfarero said there are also lots of good employers in Kuwait, she thinks Filipinos cannot simply turn a blind eye to OFWs with problematic employers.

Alfarero left her 3 children in Laguna to work in Kuwait two years ago, and she is now able to send them at least P15,000 a month. It’s way more than the P3,000 she used to earn doing menial jobs in the Philippines.

Despite the big difference in income, Alfarero still wants nothing more than to be with her family again. “Iba pa rin talaga sa Pilipinas,” she said. (No place is like the Philippines.)

But when asked about her plans when she finally gets home, Alfarero admitted she might also just leave again to work in another country.

She, however, trusts that President Duterte has a plan to help the OFWs he is urging to come home. “Sundin natin [ang Pangulo]. Baka naman may magandang programa para sa amin,” she said. (Let’s heed the President’s call. He might have a good program for us.) 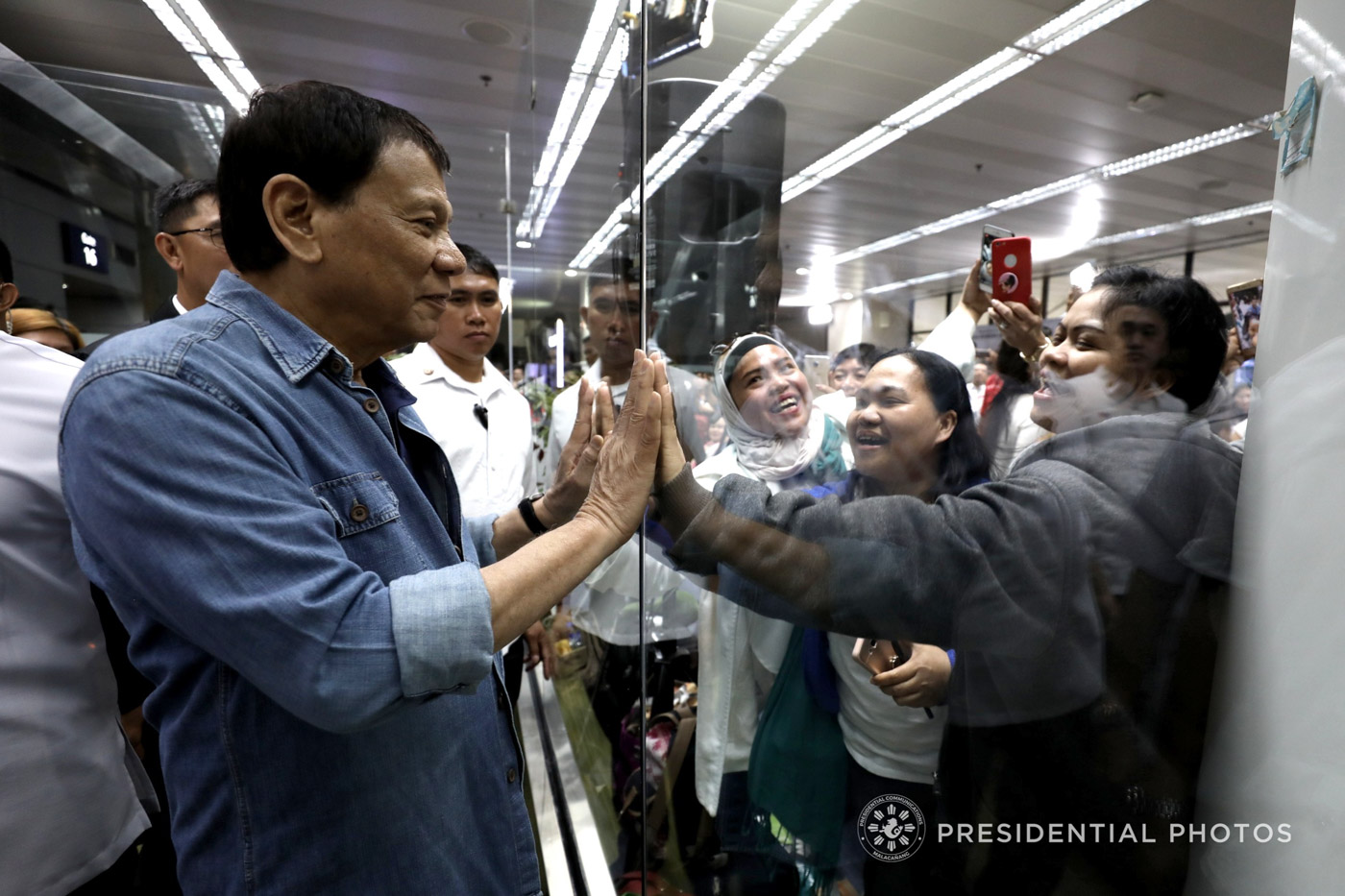 Skilled workers in Kuwait, however, have a less than optimistic view of Duterte’s call.

(His wish is not reasonable. What will he feed my family? Where will we get money for my children’s education? He should think first before saying things he can’t deliver on.)

Dimaculangan has been working in Kuwait since 1985 with his wife, who is working there as a nurse.

According to him, skilled workers in Kuwait are doing just fine, and the government should only stop the deployment of domestic helpers.

(The problem [of domestic workers] has always been big since I came here. Not just Filipinos, but other nationalities. You will pity them. Not all of them, but most have a lot of problems.)

On Sunday, April 29, Duterte said that Philippines’ ban on the deployment of OFWs to Kuwait would remain “permanently” in the face of diplomatic tension between the two countries.

“Ang mga kasambahay natutuwa sila kay Digong, pero kami galit. Bakit pati kami isasali niya?” Dimaculangan said. (Domestic helpers are happy with Digong, but the likes of us are angry. Why would he include us?)

Are there jobs waiting for Kuwait OFWs? 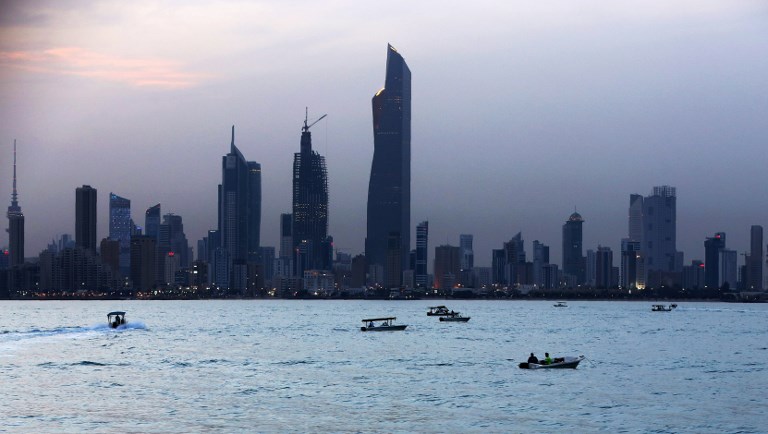 Romy (not his real name) expressed doubts Duterte would be able to convince skilled workers in Kuwait to come home.

Before urging Filipinos to come home, he said, Duterte must first ensure that there are good-paying jobs in the Philippines waiting for them.

“Bago niya pauwiin, tingnan muna niya ang unemployed sa Pilipinas. Sa Boracay nga, andami nang walang trabaho,” he said. “Bigyan niya muna ng trabaho ang mga nasa Pilipinas.” (Before he even asks us to come home, he should look at all the unemployed in the Philippines. In Boracay alone, there are a lot of displaced workers. He should provide jobs first to those in the Philippines.)

Romy lived as a professional in Kuwait for 35 years, before retiring and coming back to the Philippines in 2016.

His wife is still working in Kuwait as a nurse and, according to him, there’s no way the government would be able to get her to come back here.

A nurse in Kuwait, Romy said, can make up to P70,000 a month. That’s way more than the usual salary of a nurse in the Philippines. He added that it’s much harder for older Filipinos to get employed in the Philippines, as companies here discriminate against senior citizens.

For Romy, the tension between the two countries can be solved in different diplomatic ways, and it starts with the government acknowledging that the Philippine embassy in Kuwait did wrong. (READ: OFW rescue video that angered Kuwait came from DFA)

“They (Philippine officials) have to bow their head. It’s their law. Dance with their music. Sing with them,” he said. – Rappler.com