Ombudsman, not Duterte, must initiate probe into sacked officials – Malacañang 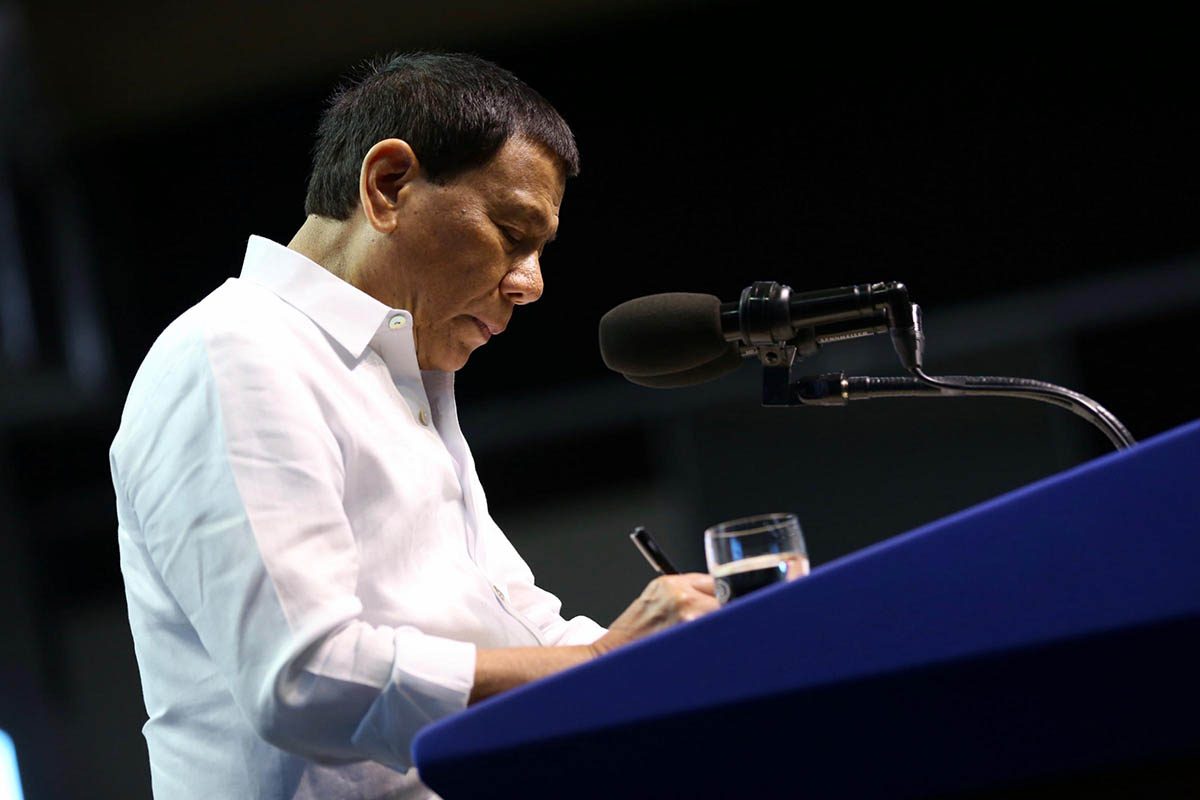 Presidential Spokesperson Harry Roque made the statement in a news briefing on Thursday, May 3, while responding to queries on what Duterte planned to do about officials of agencies flagged by the Commission on Audit (COA) over questionable expenses.

“It’s the Ombudsman that has primary jurisdiction…. This should be asked of the Ombudsman!” said Roque on Thursday, May 3.

“The filing of cases for the officials the President has fired is under the exclusive jurisdiction of the Ombudsman. Don’t you understand that? At a certain salary grade, it is the Ombudsman who must investigate,” he said.

A reporter also pointed out how Duterte or Malacañang has never filed any corruption complaint against officials the President had sacked, despite accusing them of abusing public funds.

Former interior secretary Ismael Sueno was the first Cabinet official to be fired for alleged corruption, which Sueno had categorically denied. Another is Duterte’s campaign spokesman, Peter Laviña, former head of the National Irrigation Administration.

“Iisa lang ‘yung tao na na-reappoint, wala nang iba. Sino pa (It’s only one person who was reappointed, no one else. Who else)?” said Roque.

The Ombudsman’s mandate is to “act promptly on complaints filed in any form or manner against officers or employees of the Government,” according to Republic Act No. 6770 which created the Office of the Ombudsman.

It is within Duterte’s and Malacañang’s power to file such complaints against alleged corrupt officials.

Duterte also formed the Presidential Anti-Corruption Commission (PACC), which he has tasked with probing appointees. The body has the power to conduct fact-finding missions and lifestyle checks.

The President has accused Ombudsman Conchita Carpio Morales of “selective justice,” which the Ombudsman has repeatedly denied. – Rappler.com