Rappler Talk: How Filipinos can win the barangay, SK elections 2018 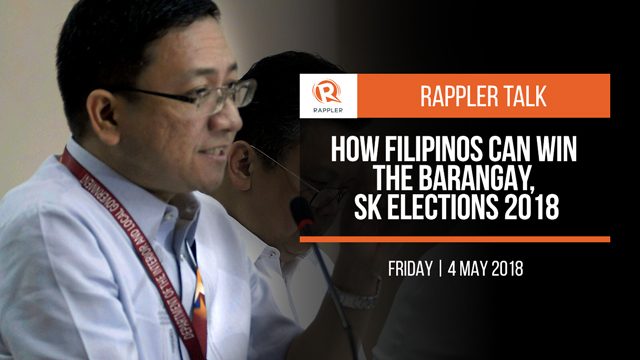 MANILA, Philippines – It is the Philippines’ smallest unit of government, yet it is the closest to its citizens.

As of 2015, over 42,000 barangays make up the country, working as extensions of the government to reach over 100 million Filipinos. Campaigning to become barangay and Sangguniang Kabataan officials begins on Friday, May 4, and will culminate with the elections on May 14.

Rappler talks to Department of the Interior and Local Government Assistant Secretary Jonathan Malaya to ask how Filipinos can make the most of the polls, especially during an administration bent on stopping criminality, corruption, and illegal drugs down to the communities.