May 7, 2018 2:03 PM PHT
Rappler.com
Facebook Twitter Copy URL
Copied
At the same time, the lawyer of Tourism Secretary Wanda Teo says Roberto Teo, her husband, will give up his seat in the board of the Tourism Infrastructure and Enterprise Zone Authority under her department 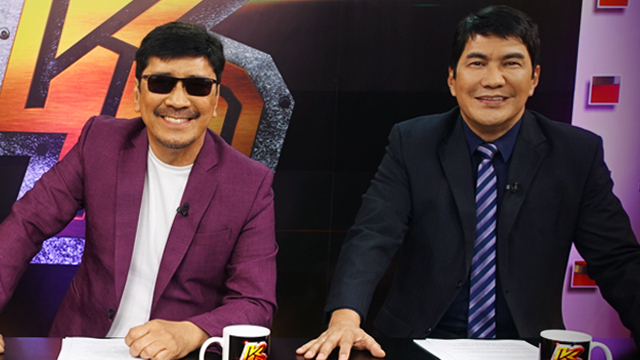 MANILA, Philippines – After Malacañang declared on April 30 it was conducting a probe into the payment of P60 million by the tourism department to the brothers of Tourism Secretary Wanda Teo, her lawyer and spokesperson Ferdinand Topacio said on Monday, May 7, Ben and Erwin Tulfo are returning the money.

In an interview on dzMM Monday morning, Topacio said that although Erwin Tulfo no longer has the money because it has been spent, “gagawa po sila ng paraan at io-offer nila na ibalik na po up to the last centavo kung anuman po ang naibayad sa kanila (they will find a way and offer to return it down to the last centavo whatever had been paid them).”

Even Teo’s husband Roberto Teo will be giving up his seat in the board of the Tourism Infrastructure and Enterprise Zone Authority (Tieza), according to Topacio. Teo heads the TIeza’s audit committee and is a member of all other committees.

The Commission on Audit had previously questioned the P60 million paid by the Department of Tourism (DOT) for ad placements on Kilos Pronto, the show co-hosted by the Tulfo brothers, citing the lack of supporting documents. Ben is also the chief executive officer of PTV blocktimer Bitag Media Unlimited, Incorporated which runs the show.

The issue surfaced when the COA audited the People’s Television Network, Incorporated and found the P60 million to have been paid for the DOT ad placements. Because of the absence of supporting documents, COA said it could not ascertain the legality and validity of the payments made to Bitag Media.

President Rodrigo Duterte is aware of the controversy and wants to know the root cause of it, Roque earlier said.

The controversy brought to light a conflict of interest issue because it involved transactions between Wanda Teo’s department and her brothers’ media outfit. Teo claimed she didn’t know money was going to be paid to her brothers.

She also said the business deal was purely between her department and PTV, and not Bitag. According to her, it was the government network’s decision to place the tourism ads in Kilos Pronto, a block-timer on PTV.

During his radio interview, Topacio said the transaction was “ above board and had a contract.”

At the same time, Topacio said the Tourism Secretary’s husband will no longer be attending Tieza meetings. He clarified that Teo was appointed by former president Benigno Aquino III and had, in fact, tendered his resignation in 2016, but that it wasn’t acted upon.

Teo was appointed February 14, 2014 as a member of the Tieza board of directors and was supposed to serve until June 30, 2014 but was reappointed.

Presidential Spokesperson Harry Roque said that based on his understanding, Teo had “long tendered his resignation” but that because he had no replacement, he stayed on.

Roque also said that Teo would no longer attend meetings. Previously Teo was concerned that non-attendance would be construed as “dereliction of duty.”

Asked during a press conference on Monday, whether the Tulfos can just return the money without being charged, Roque said, “The could do whatever they want” since no case has been filed…As to whether or not a charge would be forthcoming, I cannot also say what the Ombudsman will do.”

Roque said the President does not yet know about the offer to return the money. Duterte also hasn’t had the chance to weigh in on Roberto Teo because the news about him “is very new”. – Rappler.com