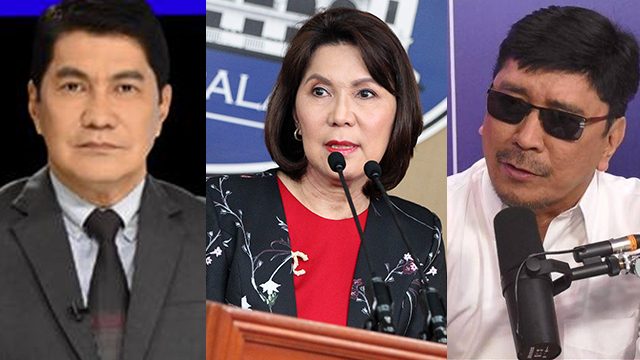 “We have initiated an investigation. We have docketed a fact-finding number. We have written to the COA chair, requesting that we be furnished of its audit reports,” Morales told reporters on Tuesday, May 8, on the sidelines of a justice forum in Quezon City.

“From there we can move on and see if there is a need to conclude the investigation for fact-finding and if there is necessity, then we will subject it for preliminary investigation,” Morales said.

Tourism Secretary Wanda Teo had announced her resignation on Tuesday, as she is caught in the middle of pressing questions on how the DOT allocated funds for a contract that specified Bitag Media. Bitag’s Tulfo is the brother of Teo. (READ: Duterte didn’t fire Wanda Teo – Topacio)

The Commission on Audit (COA) flagged the payment when it found that there were no supporting documents. State auditors said the contract between the DOT and PTV specifically required that the ads be aired on Kilos Pronto, a blocktimer show by Bitag Media airing on PTV.

Teo’s lawyer Ferdinand Topacio said the tourism secretary did not know that Kilos Pronto was produced by her brother Ben.

COA said the DOT-PTV contract did not have a provision of remitting payment to Bitag Media.

Teo and PTV have been stringent with details, but Rappler’s investigation has so far found links that the controversial placements are related to the production and airing of the DOT’s flagship show, I Travel Pinas.

Bitag Media’s social media postings indicate that it produces I Travel Pinas. A notice of bid for I Travel Pinas is not available on the government’s public database, the Philippine Government Electronic Procurement System (Philgeps). Nothing also came up on Philgeps for any award given to Bitag Media, a company which registered on the database only on January 25, 2018.