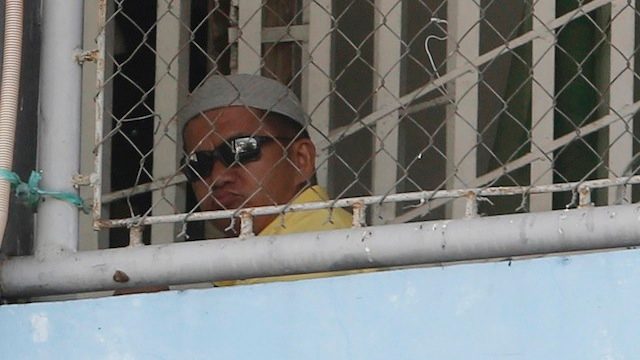 MANILA, Philippines – The Court of Appeals (CA) denied the bail petition of Maguindanao massacre suspect Zaldy Ampatuan, and upheld the earlier decision of a trial court judge that found evidence of guilt as strong.

Ampatuan has been in jail since 2009, when he was arrested as among the primary suspects in the Maguindanao massacre, the bloodiest election-related violence in Philippine history where 58 people were killed.

Among those killed were 32 journalists who were covering the filing of candidacy of the Ampatuans’ political rival, Esmael Mangudadatu. (READ: What has happened to the Maguindanao massacre trial 8 years later?)

“The court finds that public respondent did not commit grave abvuse of discretion when, after conducting numerous bail hearings and evaluating the weight of the prosecution’s evidence, it resolved to deny petitioner bail,” the CA’s Special Eighth Division said in a resolution dated April 18.

Judge Jocelyn Solis-Reyes of the Quezon City Regional Trial Court Branch 221  denied Ampatuan bail in September 2015. Reyes ruled that the testimonies of witnesses pointing to  his participation in a series of supposed meetings to plan the massacre are strong evidence of guilt.

Ampatuan challenged Reyes’ ruling before the CA and accused the judge of committing grave abuse of discretion.

But the CA said the judge’s questioned decision could not be covered by the petition for certiorari that Ampatuan filed. Based on this, the CA justices denied the petition.

“Under the circumstances, the questioned acts of public respondent would at most constitute errors of law or judgment but certainly not abuse of discretion correctible by certiorari,” the court said.

Ampatuan also faces a possible forfeiture case after the CA upheld an Ombudsman decision finding him guilty of dishonesty and grave misconduct in connection to his wealth.

The Office of the Ombudsman has subjected the assets the late Andal Ampatuan Sr to a forfeiture process.

Sajid is out on bail.

In November, the massacre trial would reach its 9th year, with no convictions to this day. – Rappler.com