SC: Sereno can be disbarred for sub judice 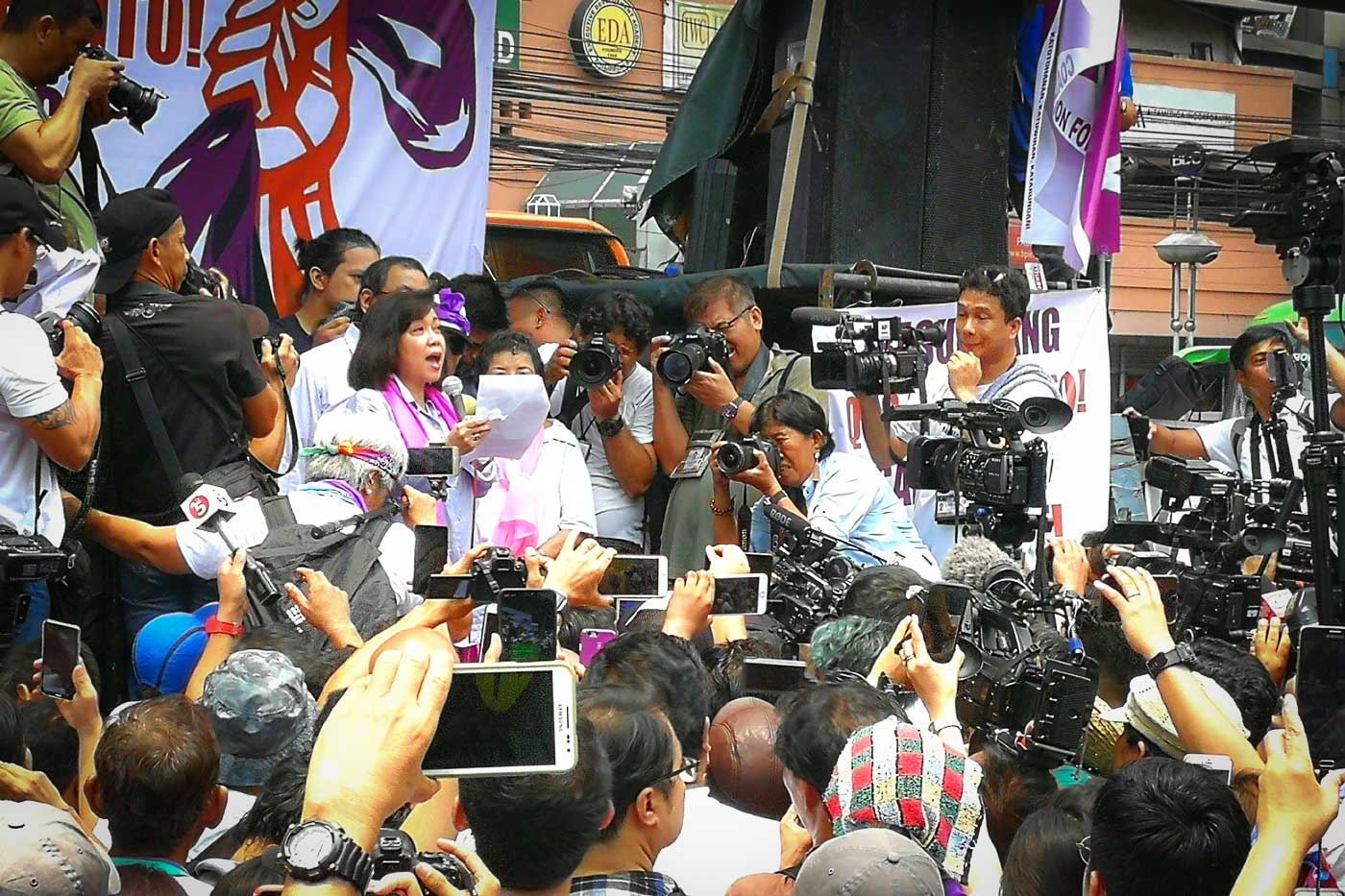 MANILA, Philippines (UPDATED) – After ousting her as Chief Justice, the Supreme Court (SC) dealt another blow on Maria Lourdes Sereno with a show cause order on charges that can be used as basis for disbarment.

“Respondent Sereno is ordered to show cause within 10 days from receipt hereof why she should not be sanctioned for violating the Code of Professional Responsibility and the Code of Judicial Conduct for transgressing the sub judice rule and for casting aspersions and ill motives to the members of the Supreme Court,” the SC en banc said in its decision made on Friday, May 11.

Violations of Code of Professional Responsibility and the Code of Judicial Conduct are bases for disbarment.

The sub judice rule restricts parties from making public statements on matters that are the subject of a judicial proceeding. Sereno has made the rounds slamming the quo warranto petition as unconstitutional.

The ponencia written by Associate Justice Noel Tijam said: “[Sereno] may be held liable for disbarment for violating the Canons of Professional Responsibility for violating the sub judice rule by repeatedly discussing the merits of the quo warranto petition in different fora and for casting aspersions and ill motives to the Members of the Court even before a decision is made, designed to affect the results of the Court’s collegial vote. This wrongful actuation exemplify a poor regard for the judicial system and may amount to conduct unbecoming of a Justice and a lawyer.”

A separate vote signalled a strong declaration from the High Court that she violated the Constitution on account of her failure to file her Statements of Assets, Liabilities and Net Worth or SALNs

On the SALNs issue, 9 justices said Sereno violated the Constitution with her incomplete submissions.

The 5 other justices did not give an opinion.

On whether the quo warranto petition is the proper remedy, the justices voted 9-5, with the following concurrences: Velasco, De Castro, Peralta, Bersamin, Jardeleza, Martires, Tijam, Reyes and Gesmundo.

The show cause order reflects a strong message from the en banc that Sereno violated rules. These alleged violations can be  strong charges in an impeachment trial should there be one.

The SC’s decision is immediately executory, and the en banc has already declared Sereno’s post vacant.

“The Judicial and Bar Council (JBC) is directed to commence the application and nomination process,” SC Spokesman Theodore Te said in a news conference on Friday, May 11.

Those who dissented were: Carpio, Velasco, Del Castillo, Bernabe, Leonen and Caguioa.

Integrated Bar of the Philippines (IBP) national president Abdiel Dan Elijah Fajardo said that the disbarment of Sereno would be “extreme”.

“Most decisions just impose a fine or light suspension in response to offensive language,” he said.

Sereno’s spokesperson Carlo Cruz acknowledged the gravity of the pronouncement. “CJ Sereno would obviously need to defend herself again, against this,” Cruz said. – Rappler.com