After ouster as CJ, Sereno says ‘the fight has just started’ 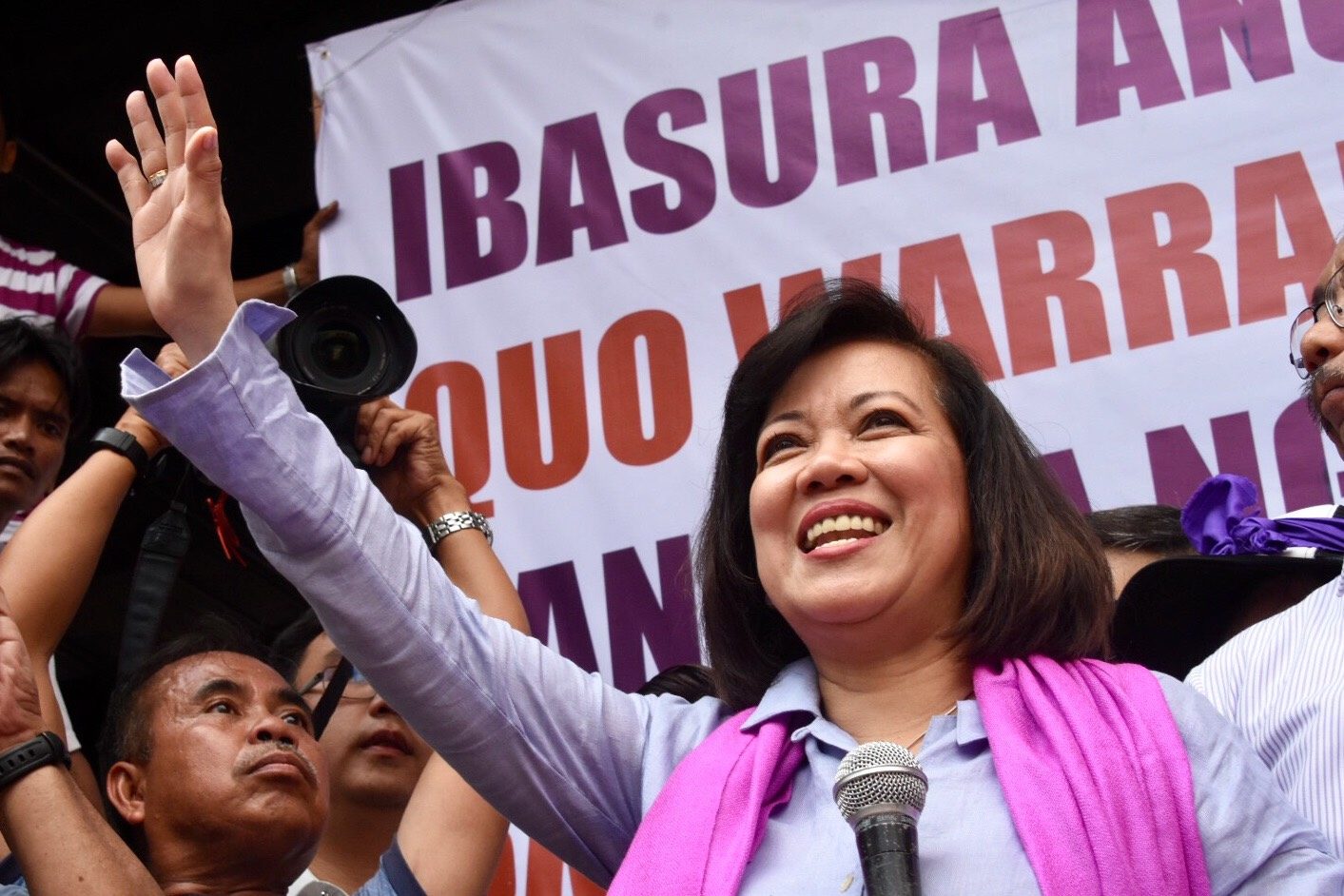 After the Supreme Court en banc voted 8-6 to remove her, Sereno emerged and spoke to her supporters on a stage aptly set for that moment. As Sereno said, this may just be her time.

“Inilagay tayo dito para sa mga ganitong panahon, ang araw na ito ay araw ng paglaban. Ang araw na ito ay hindi katapusan, kundi simula lamang (We were put here in this moment, and this day is a day to fight. This day is not the end, but just the beginning),” she said to a cheering crowd.

Aside from ousting her, the en banc also issued a show cause order, asking her to explain why she should not be sanctioned for violating the Code of Professional Responsibility and the Code of Judicial Conduct.

Those are disciplinary charges, even basis for disbarment. She has not addressed this as of posting. (READ: Senators on Sereno ouster: ‘Black day for justice’)

The majority of the en banc also said she violated the Constitution for failing to file some of her Statements of Assets, Liabilities and Net Worth or SALN). Even if they are able to push for an impeachment trial, such a pronouncement from the SC can work against her.

The ouster was expected, given word that had been circulating even days before, but it is unclear if the other pronouncements came as a surprise.

Sereno had to maintain her composure, and keep the reputation she has built over the last months as a voice of dissent in the Duterte administration.

(We have to be more vigilant in this time of darkness, let’s build a movement of Filipinos who will continue to defend justice and hold our chosen public servants to account.)

(We will continue to spread the message of democracy and reason. Have faith, together we will demolish these lies and abuses. I am telling you, the months of prayers, standing up for what you believe in, and sacrifices will be worth it.)

Sereno is expected to hold a separate press conference later on Friday.

Sereno’s spokesperson Jojo Lacanilao said they will file a motion for reconsideration.

Lacanilao said in an interview over ANC that an 8-6 vote is a “gap is not too big.”

“It’s not a slam dunk but there are 6 people. We will come up with new arguments. hopefully we would be able to achieve our goal of the SC giving consideration to the decision and reversing it,” he said.

“This is the fight for people who want rule of law….The chief will fight for that and the fight is just beginning,” Lacanilao added. – Rappler.com