MANILA, Philippines – Election day problems of violence, vote buying, confusion, and disenfranchisement which were encountered by voters and candidates were not unique to Metro Manila, where the country’s most populous village are located.

Even in the provinces, from Luzon down to Mindanao, reports of these issues reached the authorities.

Before the May 14 polls, the Philippine National Police said that ere were more than 7,915 barangays, out of the more than 42,000 across the country, were considered hot spots, facing risks because of heightened political tension in communities.

Still, hours after the close of precincts on Monday, the Commission on Elections (Comelec) said the exercise had been “good and peaceful.”

Here’s a wrap of reports filed by our correspondents, as well as citizen journalists in the provinces.

Alvin Casabon, who voted at Nemesio I. Yabut Elementary School in Makati City, said he had to jump in and help streamline the processes at his polling precinct.

“By the time we got to our polling precinct, there was a small crowd of people at the polling officers’ table. There were 3 officers-in-charge and they were all panicking, as if it was their first election ever,” Casaban said.

Close to the end of voting hours in Subic, Zambales, long lines remained of voters outside the precintcs, waiting for their turns under intense heat.

In Bicol, Comelec Regional Director Jean Valeza said they received reports of “massive vote buying” in the provinces of Albay and Catanduanes, with going rates of P300 to P500. The rates, she said, were “just like in the local polls.”

Across the region, candidates were reported to have provided voters free rides to and from the precincts, as well as free meals.

In Albay province, re-electionist village chief Nilo Soria, 55, of Barangay Cuyaoyao, Pioduran town, and the supporter of a rival camp were taken into police custody.

Maria Luisa Calubaquib, PNP Bicol spokesperson, said that during the first hour of election here, Soria was questioning a certain Ambo, but a Norly Madela, 53, of Barangay Nablang Bulod, Pioduran, hit Soria in the face with a handgun.

When he noticed Madela about to get a firearm from behind his back, Soria reportedly shot Madela in self-defence.

Valeza said Comelec-Bicol was also looking into reports that a candidate for barangay chairperson in Pantao in the town of Libon, Albay, held voters on the eve of the election.

She said polls were generally peaceful, but the turnout of voters was lower than the local and national elections. She said that in previous elections, the voter’s birth date was included in the list, which allowed election inspectors to double check the identity of the supposed voters. “But now, it’s only the names,” she said. Bacolod City has a total of 846 clustered precincts with 45 voting centers, with a total of 294,854 registered voters and 91,549 youth electorates.

Despite Comelec rules prohibiting the distribution of campaign materials on election day, a number of teenagers in Poblacion in Consolacion, Cebu, were still seen distributing campaign paraphernalia outside the polling area. 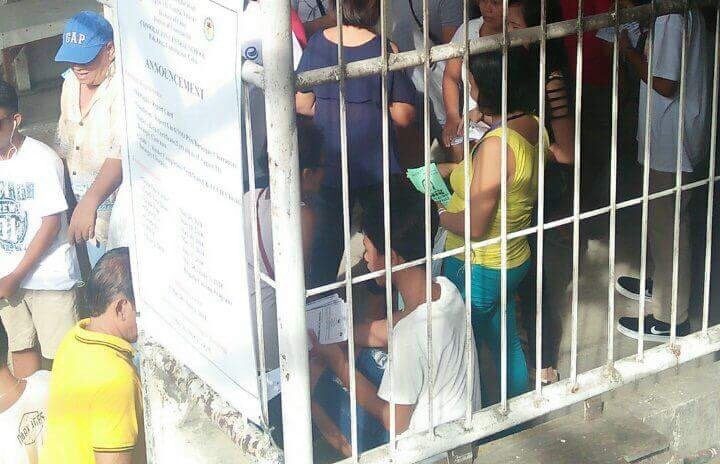 In Calbayog City, Samar, residents demanded the pullout of provincial police, whom they accused of partisanship and ties with private armed groups. Residents said they didn’t feel safe with these officers.

Police Senior Superintendent Leonardo Ramos Suan, deputy regional director for operations, said cops were brought in instead from the provinces of Northern Samar, Eastern Samar, and Leyte to man checkpoints together with city cops. Law enforcers had been on high alert in Calbayog after the campaign period was marred with incidents of violence, including the beheading of a council candidate’s husband in Barangay San Jose on May 2.

Police records showed more than 100 deaths and violent incidents had been reported in the city in the past elections.

Three days before the Monday elections, some residents held a vigil, denouncing violence.

A candidate for barangay chairperson was killed while another was wounded in Opol, Misamis Oriental, Sunday evening, May 13, the night before the elections.

Police said Eliezer Zafra, 41 was killed, while and Dondon Enriquez was hit in the chest after their vehicle was fired upon by several men.

Both victims were rushed to the Polymedic Hospital in Cagayan de Oro City, but Zafra was declared dead on arrival.

On Monday morning, Dragon surrendered to the Opol Municipal Police Station. He and the two other suspects would be subjected to paraffin test, and cases will be filed following an investigation.

In Sarangani province, Jocelyn Gawo wasn’t able to vote. When she got to the precinct, she was told by election inspectors that somebody already voted using her name.

“According to the list they showed me, I had alredy voted even though I had just arrived,” she said in Filipino. “This is the first time I encountered this situation since 2008. The teacher said that it was okay even I don’t vote anymore since I was listed as I had done it on their paper.” Most of the voters in Poblacion in Lakewood, Zamboanga del Sur, had a hard time finding their names in the master lists. In the provinces of Cotabato and Sarangani, campaign posters and flyers of candidates were scattered in front of schools and areas around polling precincts. 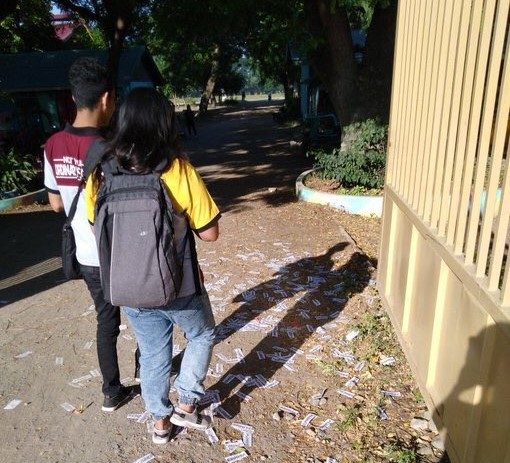 In Pagadian City, volunteers set up information tables outside of the polling precincts to assist voters who still didn’t know their precinct numbers.