2018 barangay, SK election winners to serve for only 2 years 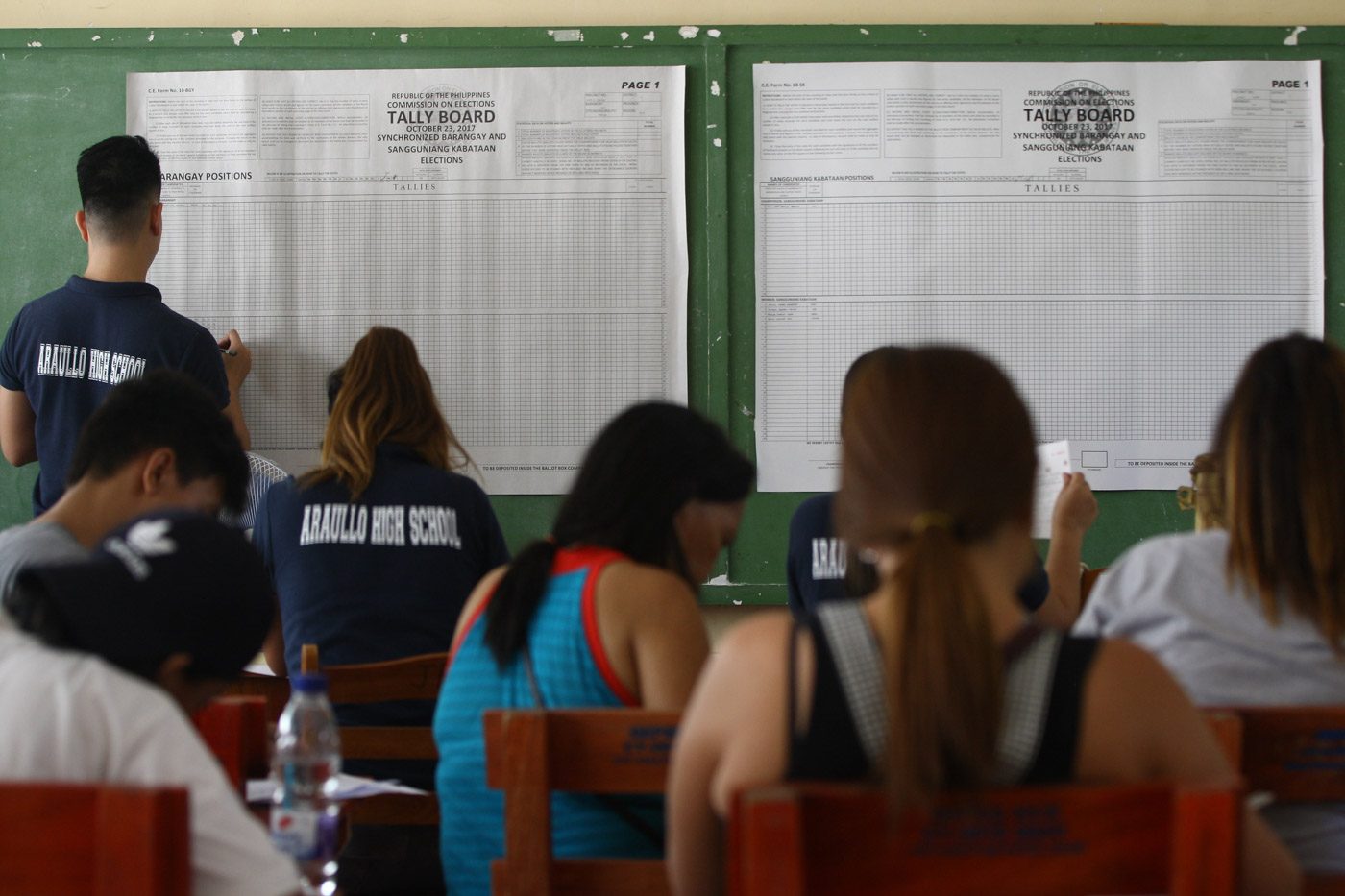 Facebook Twitter Copy URL
Copied
One election lawyer argues it's the risk that candidates took, while another says it violates the equal protection clause of the Constitution

MANILA, Philippines – The candidates who won in the May 14, 2018, barangay and Sangguniang Kabataan (SK) elections will be serving for only two years, instead of the 3 years mandated by law.

This is because Republic Act 10952, which reset the village and youth council polls to May 2018, also scheduled the next elections for May 2020. After this, the polls would be every 3 years again.

“Subsequent synchronized barangay and Sangguniang Kabataan elections shall be held on the second Monday of May 2020 and every 3 years thereafter,” stated Section 1 of RA 10952. Their terms will begin on June 30 of the same year.

The terms of office of barangay and SK officials have varied over the years. The Local Government Code (LGC) enacted in 1991 initially set their terms to 3 years, then this was changed to 5 years, then back to 3 years again.

There were also multiple times the barangay and SK elections were rescheduled, effectively extending the officials’ stay in office. Prior to the May 2018 polls, the incumbent village officials had been in power for 5 years, following two postponements of the elections.

Two election lawyers told Rappler that these changes – however irregular – are within the powers of Congress to make. This is because the terms of elected barangay and SK officials are not set by the Constitution, but by law.

Marañon cited a rule in statutory law where, if there are conflicts between an earlier law and a later law, “the latest expression of Congress would prevail.”

Election lawyer George Garcia explained: “Technically, this is an amendment to Republic Act 7160 or the Local Government Code. So there is no conflict, so long as it will not conflict with the Constitution.”

“Since the LGC was an enactment of Congress, then only Congress can amend such enactment,” he added.

‘They assume the risk’

However, the lawyers have differing views on the shorter term of office for winning barangay and SK bets in 2018.

Marañon argued that those who ran and won in the 2018 polls would have been aware that they would be in office for only two years.

“If they knew that their terms would be for that long only, but still they ran, that means they assume the risk,” said Marañon. “Ibig sabihin, pumayag ka (That means, you agreed to it).“

He maintained that Congress has discretion over the length of terms of elected village officials, and that the Constitution didn’t fix their terms permanently.

Citing the hierarchy of laws, Marañon continued: “If the conflict was law versus law, the later law would prevail. If it’s Constitution versus law, it’s the Constitution that would govern, because it’s higher.”

Meanwhile, for Garcia, the two-year term goes against the equal protection clause of the Constitution.

“One of the principles is that any law passed by Congress must be uniform,” he said in a mix of English and Filipino. “But for me, imagine, those elected only this year, they would serve until 2020, then after that, the terms are not two years anymore? That violates the equal protection clause.”

There is also the issue of whether Congress “had exceeded its power of legislation, and therefore, [committed] grave abuse of discretion” in prescribing their term limits, Garcia argued.

He added that these could be raised with the Supreme Court not only by winning candidates but even by any citizen through a taxpayer suit. “If I were them, I would question that before the Supreme Court,” Garcia said. – Rappler.com