May 22, 2018 3:00 PM PHT
Camille Elemia
Facebook Twitter Copy URL
Copied
'Let me assure you that I am here in PhilHealth... to ensure that every peso translates to better healthcare of our people,' says PhilHealth OIC Celestina de la Serna, who has been criticized for spending over P600,000 for travels in just a year in office 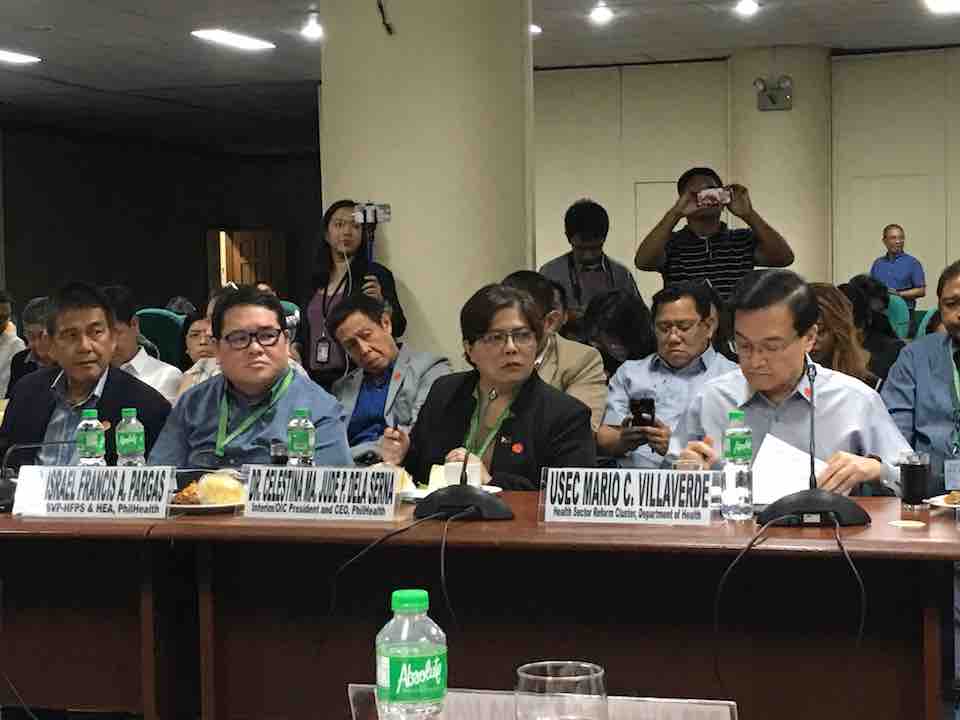 MANILA, Philippines – Amid questions on her travel expenses of more than half a million pesos in just a year in office, the Philippine Health Insurance Corporation (PhilHealth) interim president said she is out to “protect people’s money” to ensure better healthcare for Filipinos.

PhilHealth Officer-in-Charge Celestina Jude de la Serna said this on Tuesday, May 22, during the congressional oversight hearing on the performance of the agency.

“Let me assure you that I am here in PhilHealth to protect people’s money, to ensure that every peso translates to better healthcare of our people. It is my mission in life as a government doctor for many years and now as public servant,” De la Serna said.

Rappler first reported that the government spent P627,000 on De la Serna’s trips from her home in Bohol to the Pasig central office and vice versa, as well as on hotel stays, in her first year as PhilHealth OIC. (READ: PhilHealth OIC spends P627k for travels amid P9-B net loss in 2017)

Resident auditors at PhilHealth have also asked De la Serna to explain her receipt of allowances and per diem, which would amount to almost P1 million, including the travel expenses.

De la Serna maintained she did not do anything wrong, noting that her expenses were “purely official” and “truly necessary” in the performance of her duties.

“I did not violate any law. I follow rules and regulations and procedures in government, I won’t allow thievery in public service. This is my commitment to the President and the Filipino people,” she said.

Earlier, De la Serna claimed she had to stay in hotels because “PhilHealth doesn’t have a service apartment” and that the agency does not want to rent a place for its officers because it would not be good value for money. Photos and documents obtained by Rappler, however, contradict her claims. (READ: Contrary to OIC claim, PhilHealth rents housing for its officers)

Republic Act No. 6713 or the Code of Conduct and Ethical Standards for Public Officials and Employees mandates public officials’ “commitment to public interest.”

“Public officials and employees shall always uphold the public interest over and above personal interest. All government resources and powers of their respective offices must be employed and used efficiently, effectively, honestly, and economically, particularly to avoid wastage in public funds and revenues,” the law states.

President Rodrigo Duterte has since ordered a probe into the issue against De la Serna.

The PhilHealth OIC is the daughter of Victor de la Serna, one of Duterte’s professors at the San Beda College of Law and also a member of his Consultative Committee on amending the 1987 Constitution. – Rappler.com