In a letter dated May 21, Senate President Vicente Sotto III and Majority Leader Juan Miguel Zubiri said the chamber seeks to pass the bill on final reading before the sine die adjournment on Saturday, June 2. The last session day is expected to be on Wednesday, May 31.

“May we once again respectfully request that Senate Bill No. 171…be certified as urgent by your Administration…. We are hoping for your usual support as we work for the prompt passage of this law,” the letter read. 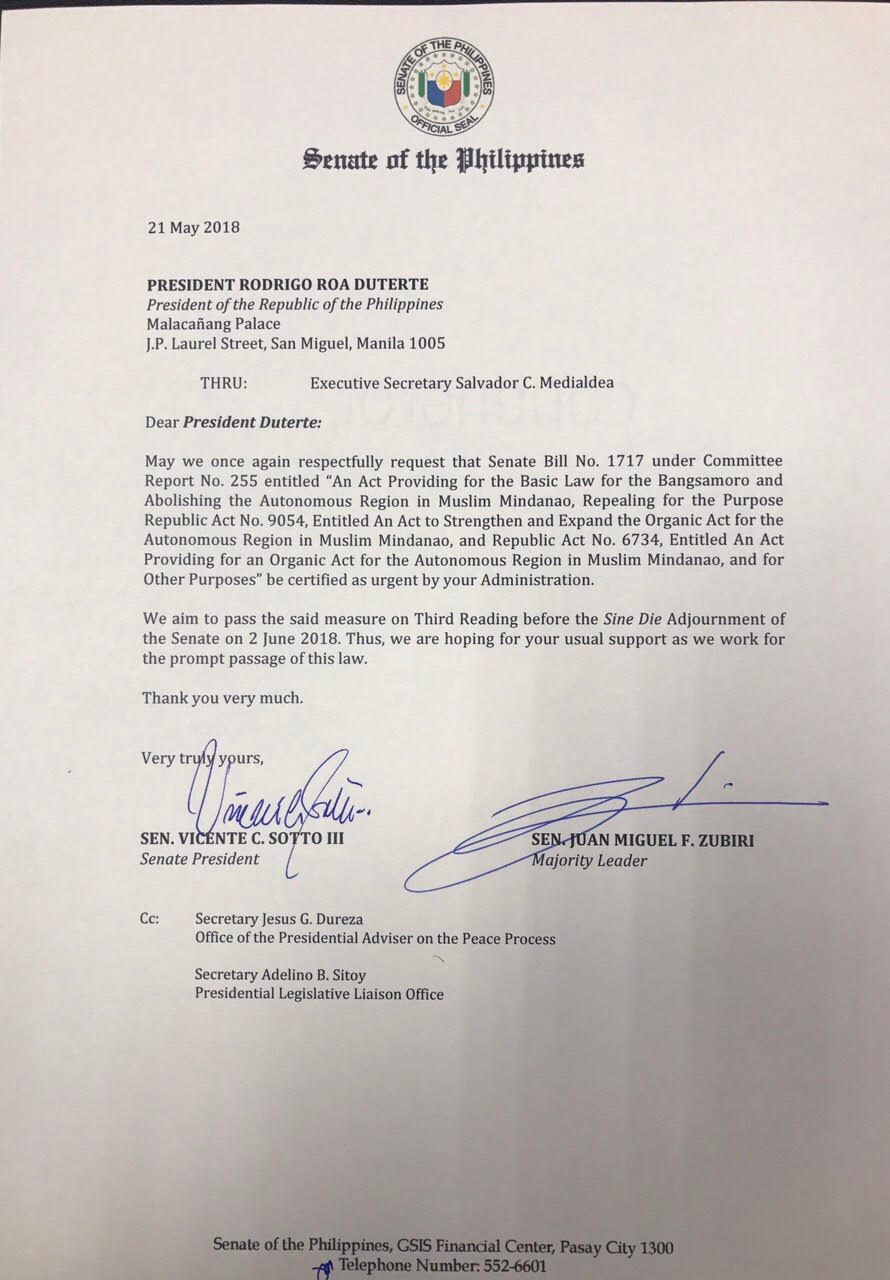 Once the President issues a certification, the Senate can approve the bill on 2nd and 3rd readings on the same day, fast-tracking the measure’s passage in time for Duterte’s 3rd State of the Nation Address (SONA) in late July.

After approval on final reading, the bill would go through a bicameral conference committee meetings to reconcile it with the House’s version. The reconciled bill will then be ratified in plenary by both houses.

Sotto said on Monday, May 21, the ratification of the bicam report might happen in the morning of July 23, in time for the opening of the 3rd regular session of the 17th Congress and President Duterte’s SONA. (READ: Congress needs more time for BBL, won’t meet June 2 target)

“During the break, Senator [Juan Miguel] Zubiri can work with the bicam…. That’s possible [that ratification will be after the break]. I would have to admit that’s what will likely happen. The bicam can’t be convened next week. For sure, there are big differences between the House and Senate versions,” Sotto said in a mix of English and Filipino.

The BBL is still in the period of interpellations, with at least 4 senators, including Senate President Pro-Tempore Ralph Recto and Minority Leader Franklin Drilon, still in line to scrutinize the measure.

In the House, Majority Leader Rodolfo Fariñas said they could not guarantee the measure would be ready for President Duterte’s signature before his SONA. – Rappler.com