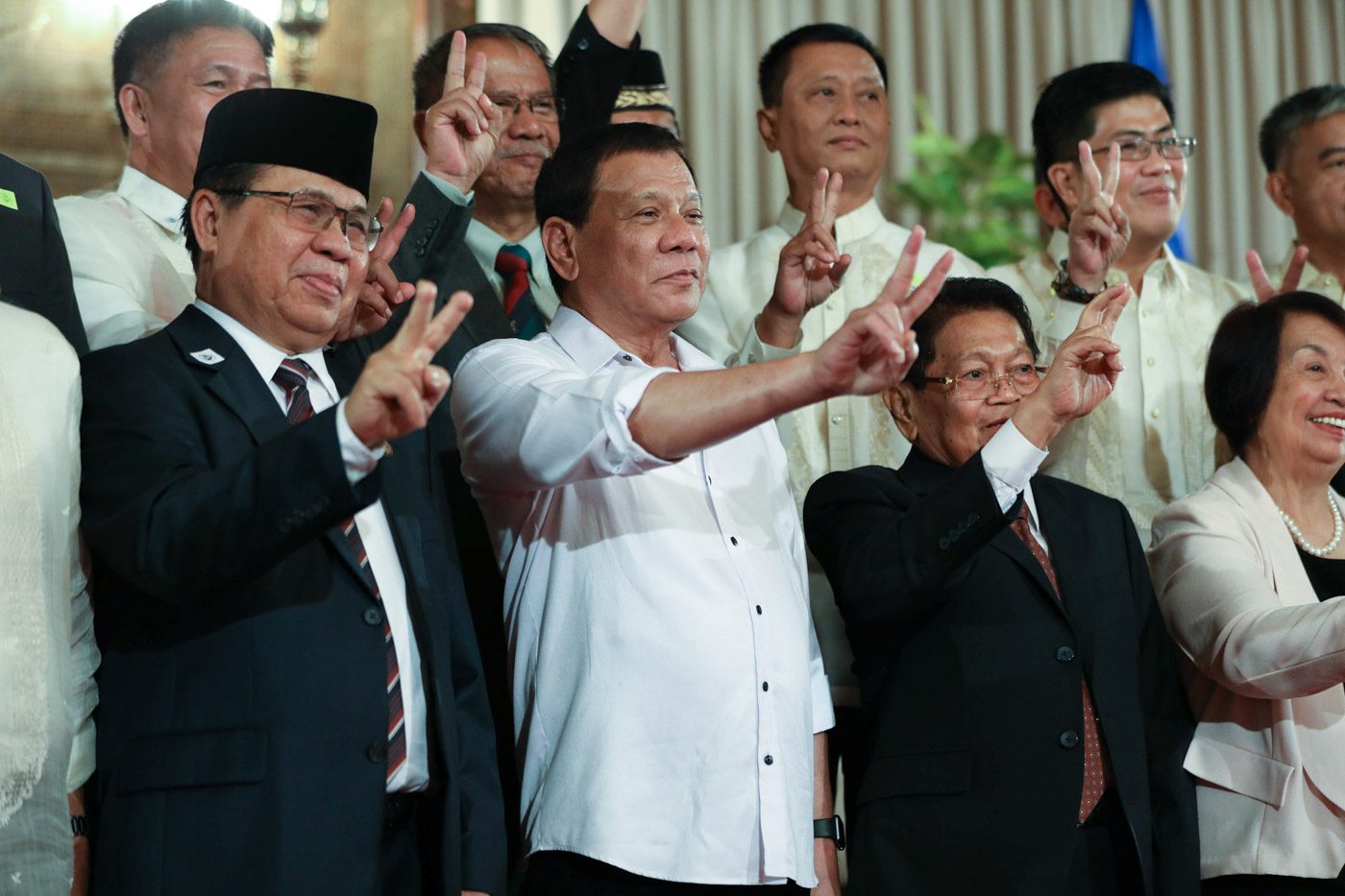 Two days after the Senate made the formal request to the President, Speaker Pantaleon Alvarez and Majority Leader Rodolfo Fariñas wrote to the President that the House of Representatives aims to pass on third and final reading House Bill (HB) No. 6475 or the proposed BBL before Congress adjourns sine die on June 2.

Fariñas sent reporters a copy of their letter addressed to Duterte, through Executive Secretary Salvador Medialdea, on Thursday morning, May 24. (READ: BBL needs a push from Duterte to become law before SONA)

“May we once again respectfully request that House Bill No. 6475….be certified as urgent by your administration. We aim to pass the said measure on third reading before the sine die adjournment of Congress on June 2, 2018. Thus, we are hoping for your usual support as we work for the prompt passage of this law,” said Alvarez and Fariñas. 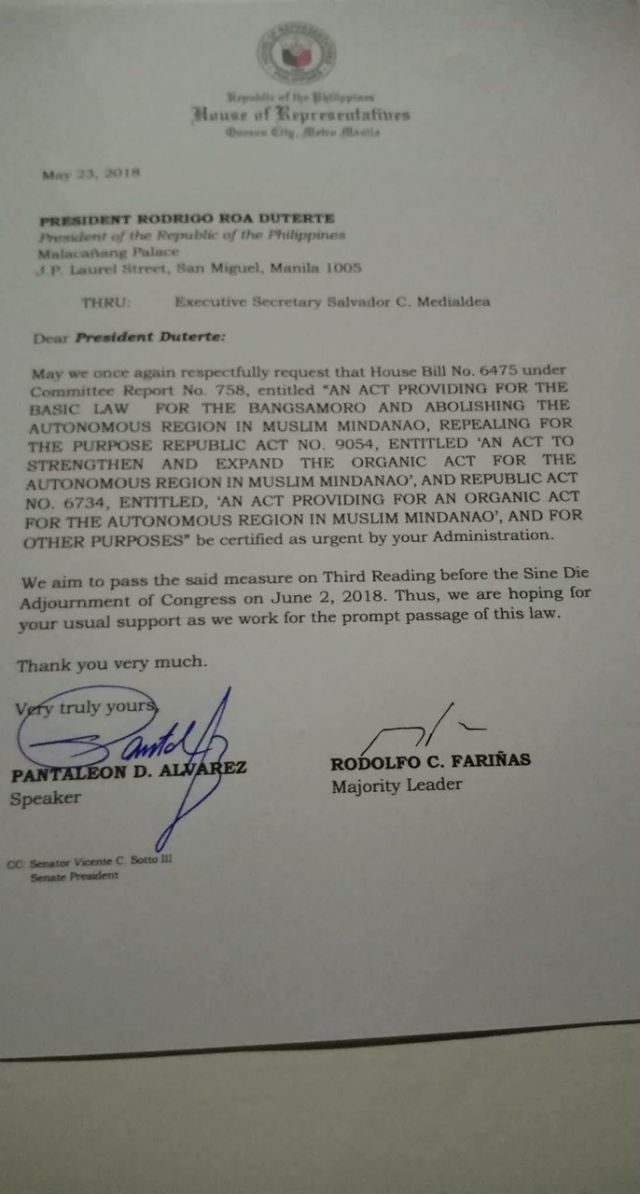 If Duterte grants the requests of the House and the Senate, both chambers can pass their respective bills on BBL on second and third reading on the same day.

This would fast-track the proposed BBL’s passage into law before Duterte delivers his third State of the Nation Address in late July.

After approval on final reading, the measure would go through bicameral conference committee meetings to reconcile the versions of the  House and the Senate. The reconciled bill will then be ratified at the plenary by both houses before the enrolled bills is sent to Malacañang for the President’s signature.

The bicameral conference committee may be dispensed with if both chambers end up passing similar bills.

Three House panels gave their nod to HB 6475 without making any amendments. Instead, the legislators discussed their proposed amendments in a roughly two-hour all-members caucus held on May 21.

House leaders then met with members of the Bangsamoro Transition Committee (BTC) and other government officials to discuss BBL provisions that lawmakers want to change, including the opt-in clause, the Bangsamoro’s fiscal autonomy, and the creation of the Bangsamoro uniformed services.

Fariñas said the BTC is currently consulting its “principals” over the proposed amendments and will relay feedback to the legislators during another meeting on Monday, May 28. – Rappler.com